Ferrari driver Leclerc was quickest, but Max Verstappen and the Mercedes duo of George Russell and Lewis Hamilton showed pace ahead of qualifying too by finishing in the top four; watch qualifying for the Spanish Grand Prix live on Sky Sports F1 from 2.20pm (3pm start)

Charles Leclerc once again set the pace in the final practice session for the Spanish Grand Prix, but the championship leader had Red Bull and Mercedes hot on his tail.

Leclerc clocked a fastest lap of 1:19.772 in Practice Three, with title rival Max Verstappen less than a tenth of a second behind him heading into Saturday's afternoon's qualifying session.

Meanwhile, the Mercedes duo of George Russell and Lewis Hamilton showed the continued improvement of their car over the weekend by setting the third and fourth-fastest times respectively.

Ferrari began the session where they left off on Friday, with Sainz and then Leclerc immediately setting the fastest times of P3 up to that point when they emerged onto the track with a quarter of an hour gone.

Indeed, championship leader Leclerc would stay there until the end of the session, although Verstappen showed that Red Bull will again be likely to push the Italian marque hard when qualifying gets under way at 3pm.

Perhaps most eye-catching though was the continued improvement of Mercedes and it was Russell who was again their leading light, clocking a best time which was just 0.148sec behind Leclerc's benchmark for the session. 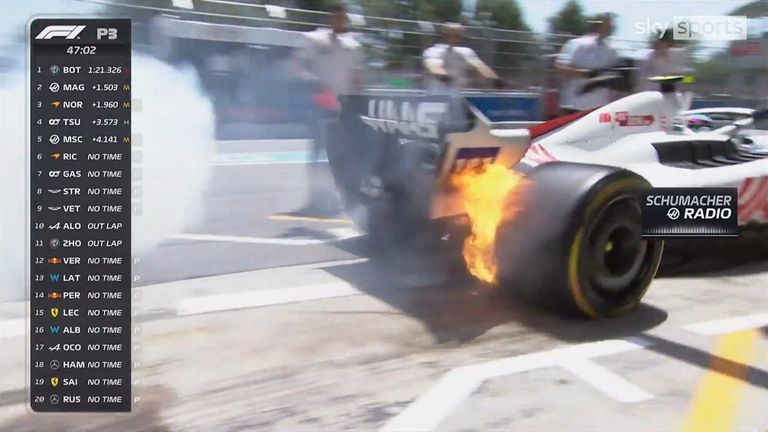 Hamilton, who had to abort his first lap of the session to fix a minor DRS issue on his car, ensured he was within touching distance of the top three with a best lap which was just over two tenths of a second off the pace.

Russell and Hamilton both performed strongly enough to finish ahead of Ferrari's Sainz and Red Bull driver Sergio Perez, who ended the session fifth and sixth respectively. 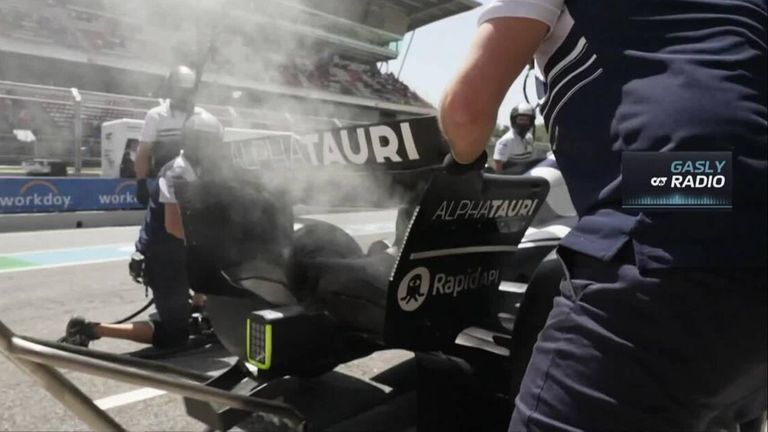 Elsewhere, there was drama for Pierre Gasly as a heat shield failure caused the engine of his Alpha Tauri to overheat while he was still in his pit box, leaving him unable to set a time during the session.

He is expected to start qualifying, while Haas are optimistic about Mick Schumacher's participation after the rear right brake of his car caught fire and left him undergoing a precautionary gearbox change.