George Russell is confident his Sao Paulo GP Qualifying spin has not caused any significant damage to his Mercedes ahead of Saturday's Sprint at Interlagos.

Russell qualified third for the final Sprint of the season, despite spinning in wet conditions and bringing out a red flag that proved crucial in Kevin Magnussen taking a shock pole for Haas in Brazil.

The Briton managed to avoid making contact with the barriers as he lost control of his car at Turn Four as the rain got heavier during the final part of Qualifying, but he was unable to stay out of the gravel trap, where his Mercedes was beached.

"There should be no damage," Russell said.

"You are always tentative as it is lifted onto the tow truck and there is a lot of gravel so the guys are going to have to take the car to pieces tonight to make sure we have got all of the gravel out, but it should be ok." 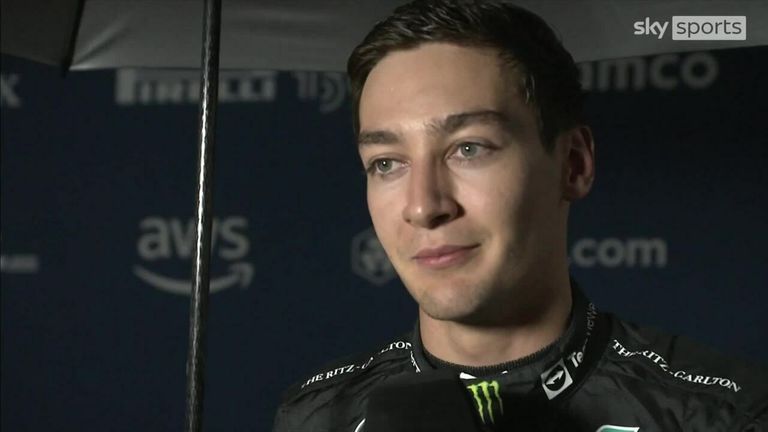 The rain continued to get harder while Russell's car was recovered, and by the time the remaining eight minutes of the session resumed, the track was far too wet for anyone to challenge the time Magnussen had set in the opening stages.

Russell, having made a strong effort on the one flying lap he - and the rest of the Q3 field - were able to complete before his incident, was third on the timesheet behind world champion Max Verstappen.

Magnussen benefited from being the first car out on track as conditions deteriorated, while Russell and team-mate Lewis Hamilton, who finished eighth, were further back in the pitlane queue that preceded the final part of the session.

"As it turned out, that first lap was it all," Russell said.

"I think probably more mixed emotions because we were obviously one of the last cars to go out in Qualifying and it was such a unique experience because as the lap progressed, the rain was just falling harder and harder.

"I got to the last corner, and it was wetter than it was the lap before, so you had to be really tentative.

"But massive congrats to Kevin and Haas. This is what Formula One and sport is about to have some crazy results like this.

"But P3 is a good place for us to start tomorrow."

Hamilton: Conditions were difficult to predict

A dramatic Qualifying was characterised by near constant confusion over the weather, with the intensity of the rain changing throughout the session.

Hamilton, who remains without a pole position or race victory this season, was almost caught out in both Q1 and Q2, before his luck truly ran out in Q3.

The seven-time world champion found himself in the drop zone, along with Verstappen, after the chequered flag had waved in Q1, but both kept their cool to complete solid laps and advance to Q2 as the track rapidly improved. 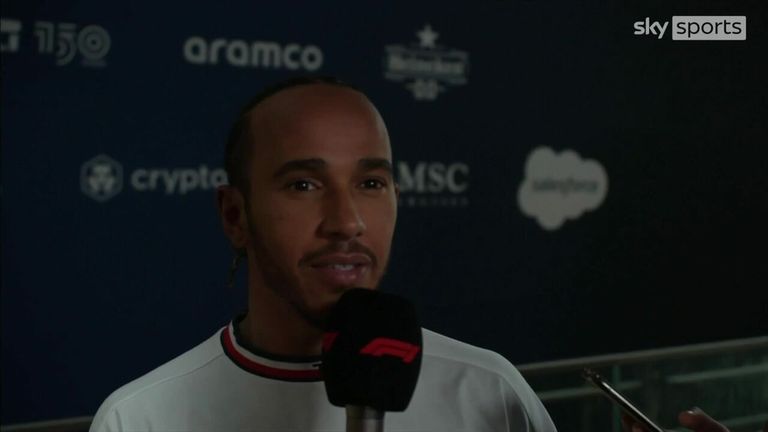 He then faced further jeopardy, as a strange call to start both Silver Arrows on used soft tyres in Q2 left Hamilton and Russell unnecessarily exposed.

They put fresh soft tyres on just in time, allowing both cars to set times that would elevate them into the top 10, before the rain got harder to prevent any change to the timesheet in the closing stages.

Along with Russell, Hamilton was one of the later cars to make it out for Q3, and the more experienced Mercedes driver ultimately accepted he had been outperformed by his team-mate.

"I was the last car out so I think I got the earliest part of the rain. We probably lost too much temperature in the pitlane.

"Just a bit unfortunate, but George did a great job."