Charles Leclerc will start Saturday's Sprint in a disappointing P10 after a challenging qualifying session on Friday; watch whole weekend live on Sky Sports F1 - Sprint on Saturday at 7.30pm while the race will take place at 6pm on Sunday Charles Leclerc was frustrated as Ferrari made another strategy error in Qualifying for the Sao Paulo Grand Prix, but Sky Sports' Damon Hill says the driver must take more responsibility.

Leclerc will start Saturday's Sprint in a disappointing P10 after a challenging wet qualifying session in which he was the only driver to start Q3 on intermediate tyres.

Ferrari eventually pitted a furious Leclerc to change him onto soft tyres, but the decision came too late as George Russell span off to trigger a red flag which meant no drivers were able to improve on their initial flying laps.

Haas' Kevin Magnussen was left to celebrate a stunning pole position, but Leclerc was clearly irritated by his team's latest strategy mishap.

"Extremely disappointing, the pace was there, but whatever," he told Sky Sports F1.

"Now we need to get on it and obviously do everything good for the rest of the weekend. I accepted the decision to go on the inters and then I waited for the rain that never came."

It is not the first time this season a Ferrari driver has been frustrated by strategy decisions as both Leclerc and Carlos Sainz have dropped points following team calls.

In Monaco, Leclerc dropped to fourth when he was leading his home Grand Prix and in Hungary he surrendered the lead of the race and eventually finished sixth after a decision to put him onto hard tyres.

Hill: Leclerc has to take some responsibility

Sky Sports analyst Hill noted that Ferrari need to "get the fundamentals right" if they are to pick themselves up and deliver at the front of the pack.

"What is going on in Ferrari? Who is going to take charge of this situation because it has been going on all year? It is very upsetting in a way because you can see they have the potential," Hill said.

"You can see Charles is criticising the team on the radio effectively by saying 'nice one guys' but he has to assume some responsibility as well. 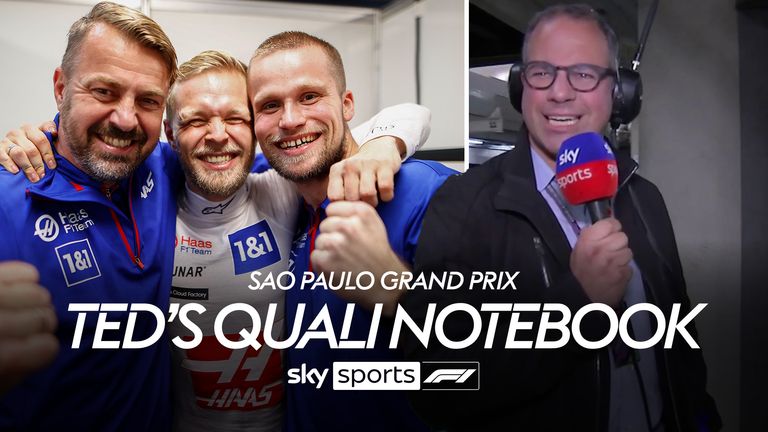 "Maybe they aren't letting him do that or maybe he hasn't got the courage to assume it for himself.

"I mean... could you imagine Max Verstappen saying 'what are we doing?'. His personality is such that he commands attention and I think that is part and parcel of being a leading driver in a team."