Mercedes: Why Spanish GP is so crucial as F1 champions face 'mirror' test with struggling 2022 car

Sky Sports F1 expert Mark Hughes delves into Mercedes' conundrum with their 2022 car and what will be a crucial Spanish GP; Will Barcelona weekend convince them to stick with their concept, or scrap it entirely? Watch all live on Sky Sports as F1 champions bid to recover

The Spanish Grand Prix this weekend will be a crucially important event for Mercedes.

The opportunity to compare the performance of the troubled current W13 with the original, quite different, car which tested here during the pre-season will be invaluable - and any lessons learned from that comparison may then have an impact not just on what Mercedes does for the remainder of this season, but also the concept of its 2023 car.

The new aero regulations have coincided with a dramatic fall in competitiveness for the multiple title-winning team, with the W13 not having qualified any better than fifth (Lewis Hamilton in Bahrain and Melbourne) and at an average of 0.8s adrift of pole position.

As Red Bull and Ferrari have fought out race after race, Mercedes has been left fending off - not always successfully - the mid-grid teams.

What's the problem and why can't Merc find fix?

Porpoising has been the number one issue with the car and although all teams have suffered with this phenomenon to a certain extent, it is the relatively low-speed range and severity with which it is triggered which has so limited the Mercedes.

Pre-season simulation of the car with the 'zero sidepods' update suggested a big performance gain over the standard sidepod spec which tested in Spain. 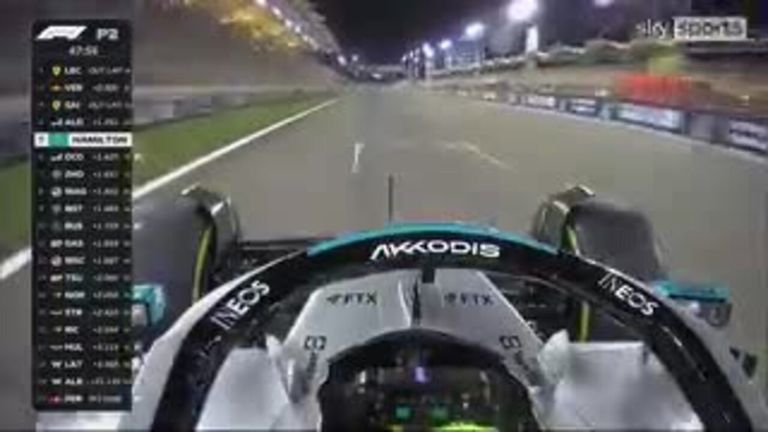 That simulation continues to suggest that if the car could be run at the lower ride height for which it's designed, the performance would be spectacular enough to allow the car to dominate even Red Bull and Ferrari.

The question of course is whether it is even feasible to run the car at those ride heights upon which such performance is predicated. Is this just the physical world imposing its realities upon an invalid set of assumptions in simulation? Or is there a way of controlling the porpoising in a way which would allow access to all that theoretical performance?

Mercedes were hoping that the data from the last set of updates at Miami would reveal a direction to follow in controlling that underlying problem. But the immediate post-race picture after a race in which the car was as far off the front-running pace as ever did not look promising in that regard.

The hope was that a deep dive into the data once back at base might be more revealing.

The hope now is that this weekend's data comparison with the original spec car at the same track may also help in understanding what is triggering the extent of the problem.

One of the theories is that the big expanse of exposed floor created by the extremely narrow sidepods means the floor cannot be made stiff enough to prevent it flexing enough to stall the underbody airflow. It could be that the underfloor design itself is too aerodynamically powerful for what is structurally possible with the floor. The answer could be a combination of those and other factors.

But if there is no sign of progress in Barcelona this weekend, Toto Wolff knows he has some tough choices to make. 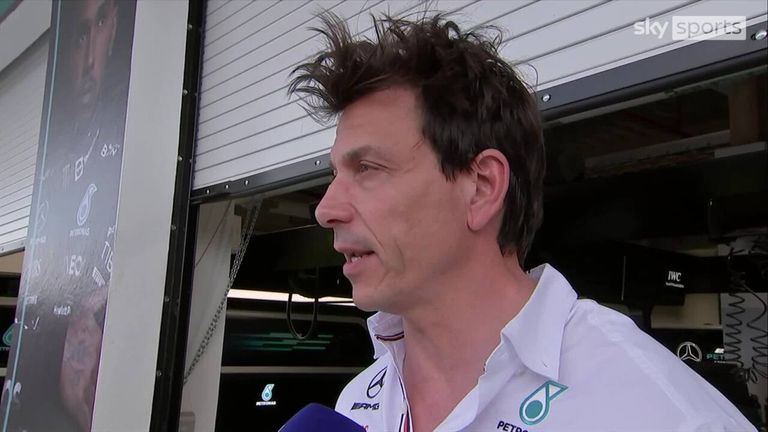 "I wouldn't discount anything," he said in Miami. "But we need to give all of our people that have produced great race cars in the past the benefit of the doubt and we believe this is the route to go.

"In Barcelona, we can compare the car with the way it was during the winter tests. After that, we have to look in the mirror. At the moment we are still faithful to the current concept. We are not looking at the neighbour whether it is nicer or not."

Asked about the implications for the design of the 2023 car, Wolff replied. "That's a very good question. We will soon be at the point where we have critical decisions to make about that."

An awful lot is hanging upon how this weekend pans out for the team.