Sergio Perez tops Charles Leclerc by 0.041s ahead of close qualifying battle between Red Bull and Ferrari in Monte Carlo; Lewis Hamilton and George Russell only seventh and ninth for Mercedes; Watch Monaco GP qualifying live at 3pm on Sky Sports F1, with build-up from 2pm

Sergio Perez put a halt to Charles Leclerc's perfect Monaco GP weekend by topping final practice as Red Bull closed down Ferrari ahead of a crucial qualifying in Monte Carlo, with Mercedes still off the pace.

In a frenetic hour around the iconic street track, the times ramped up through the session and it was Red Bull's Perez and Ferrari's Leclerc who traded fastest times right up until the chequered flag.

Perez's 1:12.476 was in the end enough for top spot, just four hundredths ahead of Leclerc, who had topped Friday's practice sessions ahead of his home race.

Carlos Sainz was third in the other Ferrari while Max Verstappen was surprisingly outclassed by Perez, with the world champion and last year's Monaco GP winner 0.4s off the pace.

Monaco qualifying - the most important of the whole season given the importance of grid position around the narrow streets - is live on Sky Sports F1 at 3pm, with build-up from 2pm. 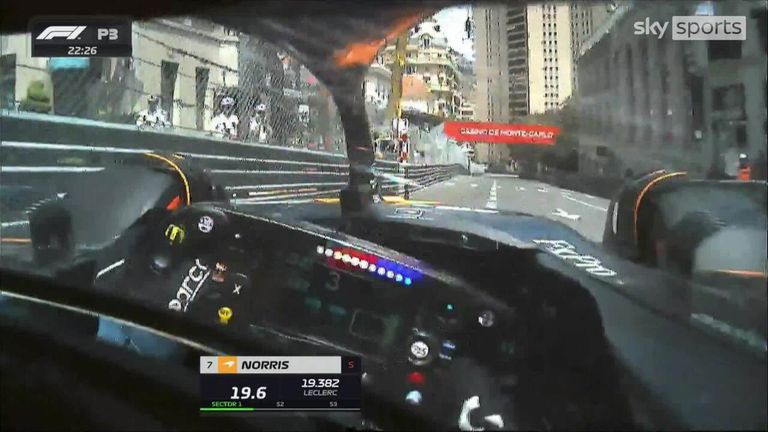 Pierre Gasly and Lando Norris continued their strong weekends in the AlphaTauri and McLaren cars, and are leading the battle for 'best of the rest' ahead of the Mercedes.

Lewis Hamilton and George Russell were still struggling for pace and grip in the W13 car, and could only manage seventh and ninth respectively, consistently around a second a lap slower than the lead cars.

While all drivers msnaged to avoid what would be a costly Monaco crash before qualifying, there was a near miss for Lance Stroll after tagging the barriers while many drivers missed their braking points into Turn 1, Sainte Devote. 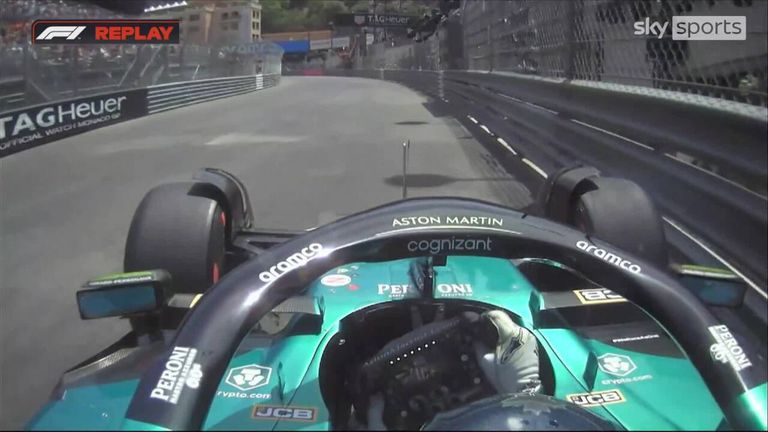 There were also many complaints about traffic and impeding from drivers, with Sebastian Vettel angered by Carlos Sainz, Max Verstappen by Zhou Guanyu and George Russell by Verstappen.

Those incidents are likely to continue in qualifying, when all 20 drivers will be taking to F1's shortest track in Q1.

Meanwhile, after his Practice Two shunt, Daniel Ricciardo was only 16th in P3 for McLaren, nearly a second slower than team-mate Norris.