Sky F1's Karun Chandhok looks back on a strange Singapore GP as Ferrari steal the show with their pace, and strategy; But will they be a match for Mercedes at every circuit as F1 2019 enters final sprint?

The Singapore Grand Prix has fast become one of the favourite races of the year for the whole F1 paddock.

The whole event is something of a blueprint for how cities can use Formula 1 to show themselves off to the world. There's no question that if you're someone sitting in Europe or America and watching the race, you would be thinking "that place looks cool", which is exactly what they want and what all host cities should be doing!

The paddock all collectively tore up the form guide after Qualifying this weekend when Ferrari delivered pace that nobody expected. Certainly on Thursday coming into the weekend, all the expectations were for a Red Bull versus Mercedes battle and more likely, a Lewis vs Max battle as they showed us last year just how exceptional they are at this track.

I spoke to Mattia Binotto on Friday evening and he was certainly playing down his expectations, saying that they expected to be about eight-tenths off the pace, similar to what their deficit was in Hungary. He must be an expert poker player because as Qualifying unfolded, it became clear that they were going to be the team to beat.

The red cars had a new front wing and floor for this weekend. After some back-to-back work on Friday, they committed to the new package on both cars which was encouraging for them as they haven't always been able to correlate the on-track performance gain to what they see back on the computers in Maranello.

This was a very important weekend for Sebastian to bounce back after a run of seven consecutive weekends where he's been outpaced by his young team-mate and made a couple of errors on track. He's exceptionally good around the Marina Bay circuit and threw down the gauntlet during his first run in Q3. To see Charles rise to the challenge and take pole was very impressive indeed. It was a very attacking lap, and looked like an accident waiting to happen on several occasions but he got away with it. When you look at his lap delta on the steering wheel, it was evident that he probably had the potential to find another 2-3 tenths so clearly the Ferrari update package was working very well. 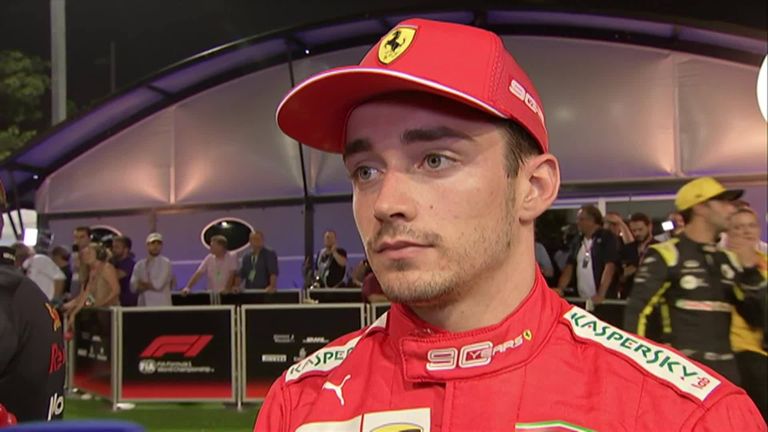 To sum up the race, Charles should have won it, Lewis could have won it and Seb did win it! It was a bit of a strange race, to be honest. The pace at the front was terribly slow in the first stint. At times, the lap times were 13 seconds slower than the Qualifying pace which is ridiculous really. This should be a race that really tests the drivers physically and certainly in the Bridgestone days, the drivers would come out looking spent. Now, with this heavily reduced pace, none of them looked close to being tired at the end!

The problem in Singapore is that with so many corners and a long lap, it was very easy to overheat the tyres and also suffer from graining. Nobody wanted to get to that phase because with a 60 kilometers per hour speed limit, an extra pitstop would cost about 28 seconds so instead they all just watched each other and played a relatively slow speed game of cat and mouse. 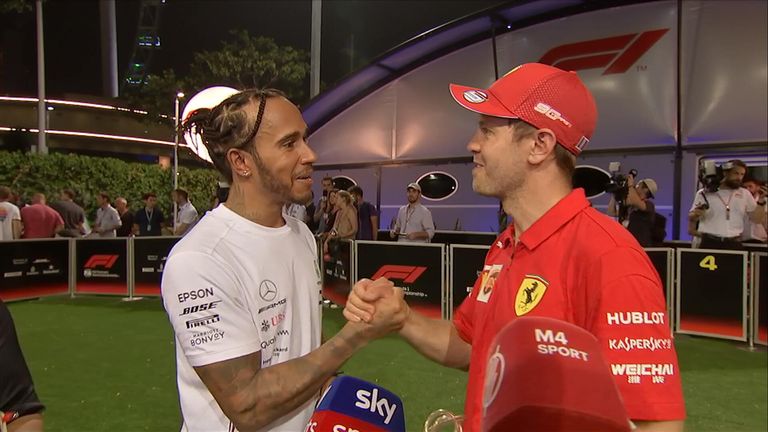 I clearly remember saying during the TV commentary on Lap 18 that a 10-second gap had opened up in the pack between Stroll and Grosjean and that the leaders could pit into that window to try an aggressive undercut if they wanted to. At that point, I fully expected Hamilton to come in first because Mercedes had shown on Friday that they had better tyre degradation and therefore could run longer in the second stint. So I was totally surprised when I looked down the pitlane and saw Sebastian coming towards me.

At that moment, Mercedes probably knew that, barring a lucky safety car, they had lost the race. Ferrari's choice was also quite surprising and somewhat controversial. The undercut is very powerful here in Singapore. Sebastian turned around a 3.5 second deficit on the outlap despite a pitstop that was six-tenths longer. Seb did an outstanding job on his out lap, but it does beg the question of why Ferrari chose to bring him in first and not Charles as the leader would have also come out in the same gap behind Stroll and retained the lead.

Publicly, the team say that they just underestimated the pace Sebastian could unleash on new tyres on his out lap. Historically, this is always been one of the most powerful circuits to do the undercut on and this year was no different. It certainly has created a tricky atmosphere in the team where Charles was clearly unhappy at losing a race he felt he should have won. 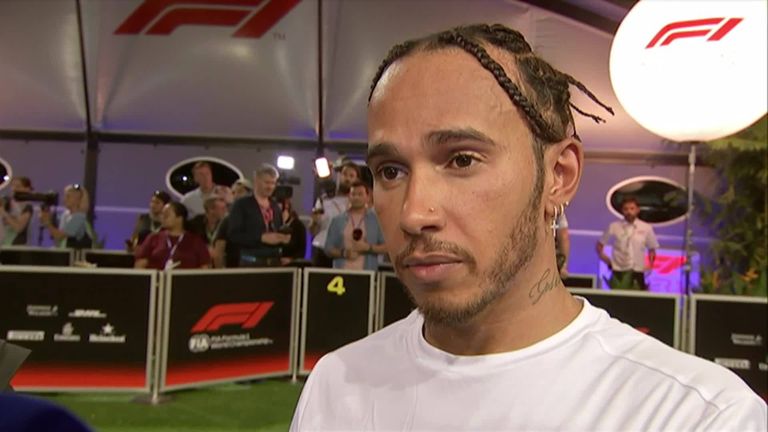 Internal dramas aside, the relief and joy for everyone in the red team was evident. They were expected to win at Spa and Monza but to be competitive here in Singapore bodes well for the remaining races and for the direction they need to take the car in 2020. I wouldn't get too carried away yet as Singapore is a bit of a strange circuit and really, I think we need to see if they can take the fight to Mercedes at places like Suzuka and Austin before we can declare them to be fully back on form.

The win clearly meant a lot to Sebastian, who looked quite emotional on the podium. It's been a tough 15 months for the quadruple World Champion and I would be interested to see if he can re-discover his mojo between now and Abu Dhabi.

Sochi is quite a power-sensitive track and therefore the Ferrari's should be very competitive there if, and it's a big IF, they can get their tyres to work. It's quite cool in Sochi at this time of the year and the circuit is very low grip which means that the Ferrari's may struggle to energise the tyres as much as they need. If they can get the tyres to light up, it should be a great battle between the two teams!