Spurs were in talks to sign him at the end of the summer transfer window; that interest has remained despite the change of head coach from Nuno Espirito Santo to Antonio Conte; Spurs are prioritising two positions this month - a right wing-back and another striker

By Lyall Thomas and Paul Gilmour 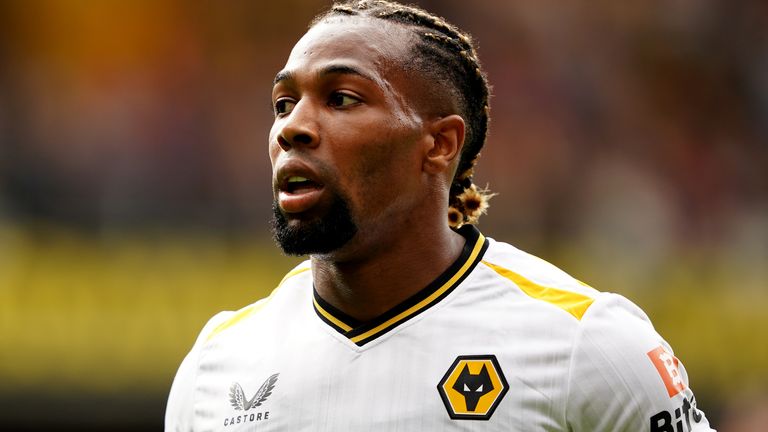 Spurs were in talks to sign him at the end of the summer transfer window.

That interest has remained despite the change of head coach from Nuno Espirito Santo to Antonio Conte.

Traore is out of contract in June 2023 and a new deal has been on the table for 15 months, with Wolves keen to keep the Spain international.

Spurs are prioritising two positions this month; a right wing-back and another striker.

Sky Sports News has been told Spurs see Traore as someone who could play well as a right wing-back in Conte's system.

There has been no bid or direct talks between the clubs at this stage.

Spurs came in late for Traore in the summer window but loan and permanent offers fell short of Wolves' valuation.

Wolves could accept if 'a big transfer appears'

Wolves boss Bruno Lage admits the club could sell one of its star players this month should a "big transfer" present itself.

Ruben Neves and Traore are constantly being linked with moves away from Molineux and speculation is again mounting over the duo now that the transfer window has opened. 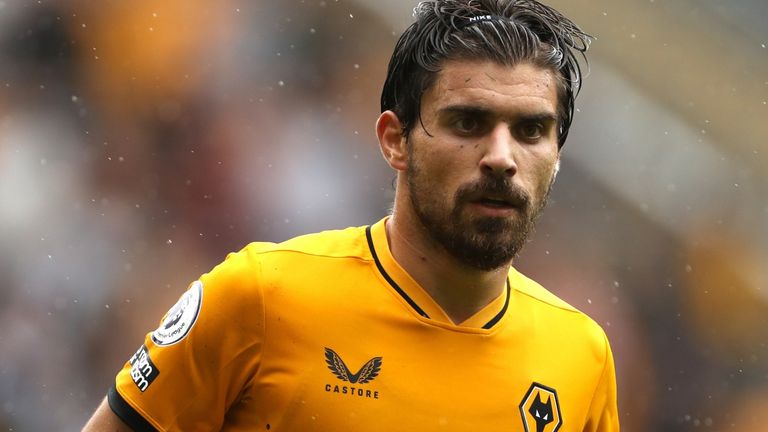 Lage wants to keep both players but accepts that Wolves could be forced into a sale if they receive a huge offer.

"The main thing, and we can clarify this, we are here with a project of our ideas - chairman, sporting director and manager. The main point is to continue with the same players, to improve them and go to the next level.

"But in modern football, if a big transfer appears, like it did when I was at Benfica - two years ago a team came and paid 120m euros for one player - you cannot say no. You can say no, but you don't receive money to improve the team and you continue with the same players.

"In the transfer window, you need to decide what is best for the club and for the player."

Could Traore move to Spurs?

Antonio Conte has said Spurs do need to make improvements in the squad, both ins and outs. It has been confirmed to us that Spurs are still interested in the Wolves forward Adama Traore.

I say still interested; it has been a long-standing interest. They did try to sign him in the summer, but they didn't meet Wolves' valuation. Spurs went in with a loan with an obligation to buy and it didn't match the figures Wolves wanted.

There's been no official bid as yet, but significantly and potentially worryingly for Wolves, Traore's into the final 18 months of his contract. So if they are going to sell him and he is not going to sign a new deal, this will probably be the optimum time to sell him so that they can get the maximum transfer fee for him.

However, Wolves do want him to stay. They are keen for him to remain at Molineux and they have a contract offer on the table for him, but it has been there for 15 months. It's just on the table. He's started 10 of their 19 Premier League games this season and has made eight substitute appearances as well, but it is very clear that Spurs do want Traore and let's see in the next days and weeks whether they push that with an official bid.

Brighton full-back Tariq Lamptey is emerging as a key target for Tottenham (The Sun, January 6).

Tottenham's bid to sign AC Milan's midfielder Franck Kessie in January has reportedly been frustrated by the Serie A giant's refusal to accept a swap deal involving Tanguy Ndombele (Daily Mail, January 5); Spurs are keen to see off the challenge of Manchester United and sign Kessie, who is out of contract at the end of the season (Daily Star, January 2); Tottenham hope to beat United and Liverpool to the signing of Kessie, who will be able to speak to suitors in January as an impending free agent (Daily Express, December 24); Tottenham have been put on red alert after Kessie told the club he does not wish to extend his contract (Sunday Express, December 18).

Antonio Conte and Fabio Paratici are at odds over which Juventus player to target for Tottenham, with Conte favouring Weston McKennie over Paratici's man Dejan Kulusevski (Sun, January 4).

West Ham are set to join Tottenham in a battle to sign Adama Traore in a "cut-price" deal from Wolves (Daily Mirror, January 3). Tottenham have reportedly added Wolves winger Traore to their ever-lengthening list of potential January signings (The Sun, January 2); Tottenham remain interested in Traore (Sky in Italy, January 1).

Tottenham could have the opportunity to sign Real Madrid midfielder Isco in a cut-price deal this month, per reports (Daily Express, January 3).

Son out for the rest of the month

Tottenham forward Heung-Min Son is likely to be out for the rest of the month with a muscle injury, according to head coach Antonio Conte

Son sustained the problem in Wednesday's Carabao Cup semi-final first-leg defeat at Chelsea, and a scan later showed he would be sidelined for the rest of January.

It means he will miss Sunday's FA Cup third-round tie against League One side Morecambe at the Tottenham Hotspur Stadium.

Son is also set to miss key games for Tottenham, including next week's Carabao Cup semi-final second leg against Chelsea followed by the north London derby against Arsenal and a trip to Leicester.

Conte says he will try to give captain Harry Kane a rest this weekend, although Son's absence will make that much harder for the Italian, who is seeking to win Spurs their first piece of silverware since 2008.