Peter Canavan column: I'm immensely proud to be a Tyrone man - now can they go back-to-back?

Sky Sports analyst Peter Canavan reflects on Tyrone's win over Mayo to become All-Ireland champions for the fourth time in their history. He pays tribute to Feargal Logan and Brian Dooher, compares the victory to 2003 and 2005, and looks at where the result leaves both teams.

It's only the fourth time that we have done it, so it's special for a number of reasons from my point of view.

Number one - the two men that are in charge are both close to me. What they have done on and off the pitch has been central to my career, so to see them taking this group to winning All-Ireland - it is fantastic, it's unreal.

Two of the established players in particular - Mattie Donnelly and Peter Harte - they were in danger of running out of time, and for the service they have given the Tyrone jersey - to leave without an All-Ireland [title] would have been a travesty and at times it did not look far from getting there, so delighted on their behalf.

Finally, to have one of your own family members on the panel, it makes the victory extra special as well, so I'm immensely proud to be a Tyrone man, and to see the county represented in that manner was superb. 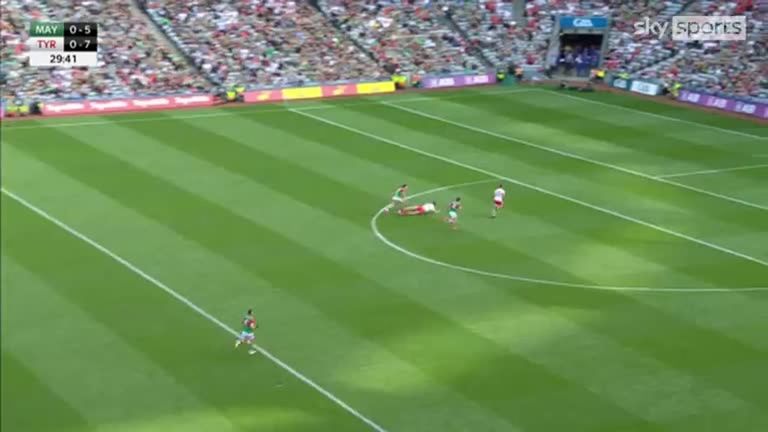 More nervous as a father than playing yourself?

I would say after 10 or 15 minutes, while there is a nervousness about whether or not they would win it, I was confident in that they appeared to have got to grips with Mayo, and Tyrone were looking to go forward.

They were looking to attack and take Mayo on, which was a positive sign, and I felt that Tyrone always had scores in them, if they could get the ball in early enough.

That is the way it transpired, so I would say the semi-final was more a nerve-wracking game from a Tyrone point of view. I was probably more tense for the semi-final than I was for the final.

It was still a very competent display by Tyrone and despite the fact some players will feel they played below-par, there was a lot of aspects of their play which was top class. 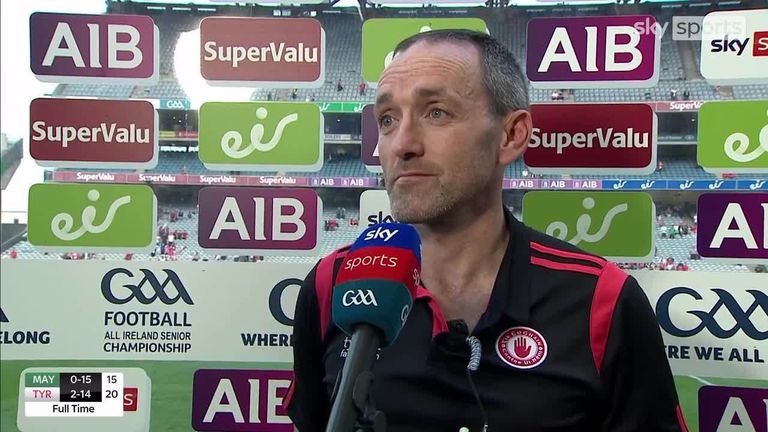 Breathing space was Peter Harte's catch and mark because Tyrone I think were five up. Mayo had come back and hit two in a row, and they were starting to gain a bit of momentum.

Other aspects and that was a massive plus for Tyrone - so many expected Mayo to be dominant, Stephen Coen and Diarmuid O'Connor, and it was the other way as it transpired.

Brian Kennedy and Conn Kilpatrick produced their best performance of the year, individually and as a pairing. That gave Tyrone a serious stranglehold on nullifying Matthew (Ruane) first of all - his running game.

It was the launchpad for a lot of our scores. I think maybe the first score came from a brilliant lay-off in the air, where Brian Kennedy flicked it on to Kieran McGeary to get our first score. Conn Kilpatrick's catch - that led to Darren McCurry's goal. I think those two players really stood up when Tyrone needed them to. 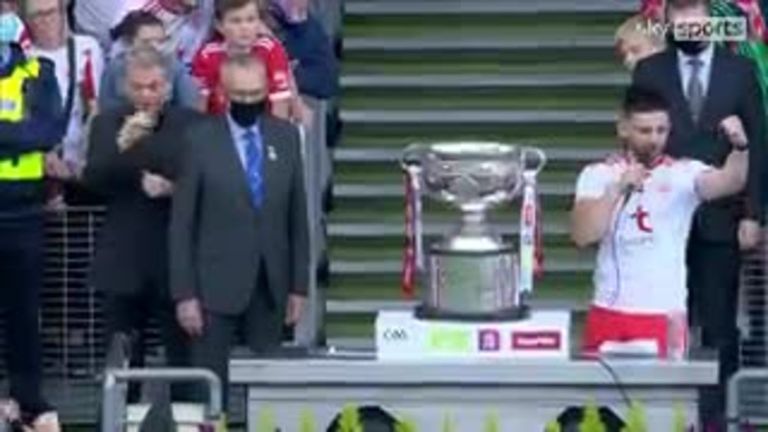 It was different. After what Tyrone had come through this year, from a football point of view, where they were 12 weeks ago, to be able to get there coming from nowhere to when the Dubs were going for seven-in-a-row - it is good to see that Tyrone is next on the list of champions.

To be there to witness Tyrone win this, to stand looking up at another Tyrone man going up the steps of the Hogan stand to lift Sam Maguire [trophy] is a special feeling, and to see your own doing it as well, it is a dream.

People talk about dreams coming true; it is certainly something that you never know whether you are going to see, but it came with a great sense of pride and satisfaction, to see Tyrone lift the Sam Maguire once again. 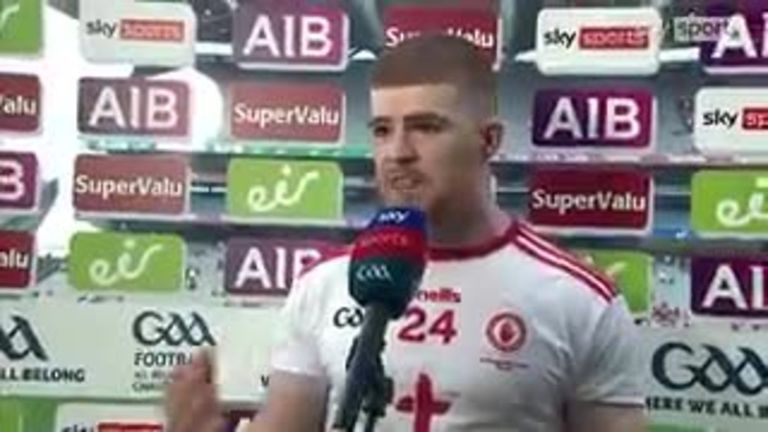 Where does this leave Tyrone?

The challenge will be to do something that has never been done by any Tyrone team, and that's to try and achieve back-to-back All-Irelands, so that will be the goal in time, but at the minute, they have earned the right to savour the victory and enjoy it.

I am very disappointed to read about the abuse the Mayo players and management have taken on social media. It is shocking to believe people have access or are able to do that - to abuse amateur players who devote so much of their lives to Gaelic games.

I would like to think they should be protected in some shape or form from that sort of social media abuse. It is disgraceful, and after losing an All-Ireland I know how you feel without having to come across that, it is adding fuel to the fire. 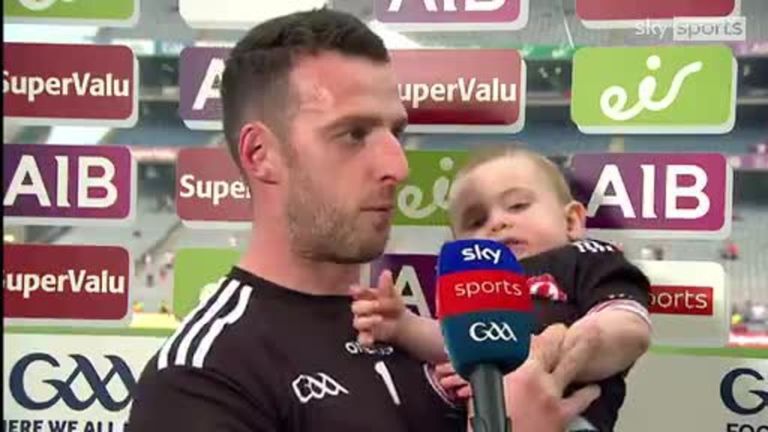 'Mayo are not far away'

The Mayo players - they can hold their heads up high. Just because they did not win it, it does not mean to say they did not contribute to a very good Championship this year. The GAA is viewed the same way in Mayo as it is in Kerry and in Tyrone.

The fact of the matter is they are not far away. It might seem now as if they are as far away as ever, but at times I think they have taken hope from what Tyrone has achieved.

Tyrone were not in the top three or four at the start of the year, and they have gone on to win the All-Ireland, so it proves it can be done and I think in time they will look back on that and see that they are not far away themselves.