Despite the GAA remaining adamant that they will return to action at the same pace on both sides of the border in Ireland, the disparity of vaccination levels may force their hand in the coming weeks and months

Not one aspect of the last 12 months has been plain sailing for the GAA.

The association has been faced with difficult decisions at virtually every turn, and thus far they have got the majority of them right.

Upon last summer's restart, they elected to afford the club game precedence ahead of intercounty action.

Last September, the call was made to ground club action to a halt. Though unpopular amongst the membership, it was a call necessitated by gatherings after county finals. The top brass in Croke Park stepped in to limit the reputational damage to the sports.

From there, the All-Ireland Championships were staged relatively smoothly.

But over the coming weeks, there could be another big decision in the offing.

'It's important that we stick together and advance together'

The GAA's stance has been that the association adopts an 'all-island' approach, despite the occasional policy differences across the two jurisdictions at times.

"We try really hard to keep things on a common footing all over the island, for all manner of reasons," GAA director general Tom Ryan said last month, when asked about the possibility of breaking the singular strategy.

"What we did was we tried to apply the same measures, the same standards to everybody. And that would still be the default position today. Notwithstanding... vaccinations and things like that. It's important that we stick together and advance together. That would really be the preference still." 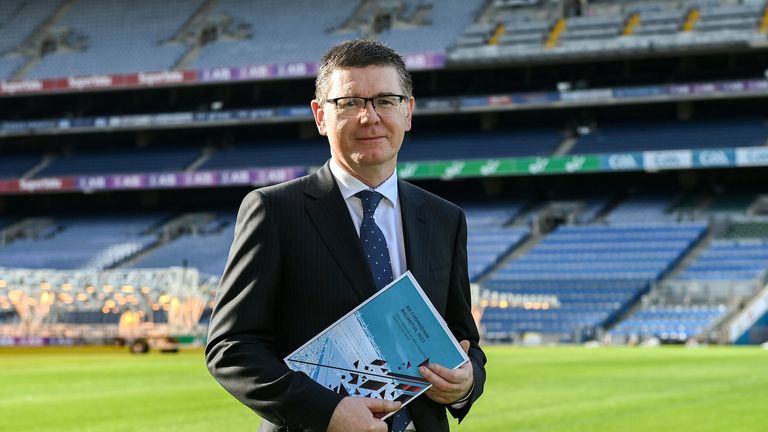 We tried to apply the same measures, the same standards to everybody.

The GAA top brass is keen to move together

However, there have been examples where certain counties moved at different speeds.

Last summer when the Irish government imposed a regionalised lockdown on Laois, Offaly and Kildare, all GAA action was suspended in those three counties, with games continuing elsewhere.

The GAA is hoping to get the green light for a return to play on April 5, which would pave the way for intercounty matches to resume in early May.

Should Covid-19 restrictions get eased in Leinster House, it could mean club training sessions would be allowed on a non-contact basis in pods of up to 15.

It would then be over to the GAA on whether they would permit such activity.

North of the border, the coronavirus picture is becoming an increasingly brighter one. Vaccination levels are higher in the six counties, paving the way for a swifter return to relative 'normality'. North of the border, over 40 per cent of the population have been administered with a first dose. That figure is less than 10 per cent in the south.

Should the situation improve significantly faster in the six counties, the GAA will face the biggest test to its all-island approach yet.

Calls have already been made.

"Obviously, the vaccinations in the north have been a massive success - not so in the south," Oisin McConville said in an interview with the BBC.

"I don't think it's right to punish a certain section of the GAA because they are not in line as far as government or opening it up. 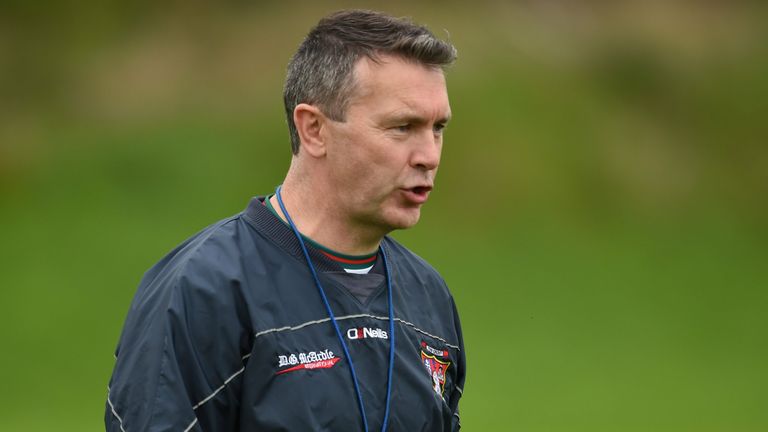 If we have the opportunity in the north go to back on the pitch, that's exactly what we should do.

McConville feels matches in the north shouldn't be held back

"The message is very, very simple. Don't punish 25 per cent of the association because we don't have our ducks in a row elsewhere.

"That for me would almost be the final straw in this whole pandemic that we have the opportunity to get 25 per cent of our membership back out on the pitch and we don't accept that with both hands."

In the coming weeks, the GAA may be faced with a significant call to make.

Will they stick to their guns and implement an all-island approach, which could delay players in the six counties returning to the field of play? Or will they react to the situation at hand, and allow a return to action north of the border should the relevant health authorities give the green light?