Con O'Callaghan and David Clifford: Footballing geniuses who are only getting started

As Joe McQuillan threw in the ball for the senior final, the tension was palpable. Twelve months previously, just a point had separated Dublin and Mayo after a replay in the final. It was always going to take something special to tip the balance.

The Dubs won the throw-in, and for over a minute they held onto possession with no real penetration. After 75 seconds, Con O'Callaghan collected the ball on the Mayo 45, moving away from the goal.

Eight seconds later, it was in the back of the net.

After a stunning goal against Tyrone in the semi-final, the young Cuala man had emphatically backed it up on the biggest stage of them all.

The rising star had completed his ascent to the top of the game, and aged just 21, he was here to stay.

Earlier that afternoon, Kerry stormed to a fourth consecutive minor title with a comprehensive victory over Derry. Any Dublin or Mayo fans who came in early were treated to a masterclass from a young Kingdom forward called David Clifford.

The Fossa teenager scored 4-4 from play in what was one of the most awesome individual performances ever seen at the Jones' Road venue.

Anyone who bore witness to the display was left with little doubt - he is one for the future. However, few realised just how devastating his impact would be in such a short space of time.

Fast-forward 24 months. Having achieved so much in the game, the two stars will finally meet on the field of play for the first time.

Both have picked up the Young Footballer of the Year gong at the All-Star awards in the interim, and this year both are in the conversation for the top individual honour ahead of the final.

At half-time in their respective semi-finals, Dublin and Kerry were both trailing and needed something special to turn things around.

Clifford has brought consistent excellence, he can score from anywhere and off either foot. 0-21 in his five championship games this season have helped the Kingdom over the line in numerous tight games.

'I'll come back to you when I find anything that he's not good at!'

Indeed, so resounding their respective rises have been that there's a sense that anything they touch turns to gold.

We've seen that firsthand with O'Callaghan on the hurling field, as he was central to Cuala's back-to-back All-Ireland club titles.

In December 2017, in the aftermath of the Dalkey club's second consecutive Leinster title, nine-time All-Ireland winner Tommy Walsh made the bold suggestion that O'Callaghan was the best hurler in the country.

"To me, Con O'Callaghan is the best hurler in Ireland right now. He just reminds me of DJ [Carey]," said the ex-Kilkenny hurler on Off The Ball.

"You look at Con. When that diagonal balls come in, there's just [a sense] - what's going to happen next? Usually he gets the ball, goes round his man and either gets fouled or puts the ball in the net."

Clifford's non-footballing talents haven't been broadcast to a national audience to such a degree, but rest-assured his skills aren't limited to scoring goals and points.

"He has ferocious talent, it's unbelievable. I know he's only a young fella, but he doesn't look young," Clifford's Kerry team-mate Stephen O'Brien told Sky Sports earlier this year.

"We were having a bit of a sing-song there and he's unbelievable at singing as well so he just has it all! He won some golf tournament as well last year but he wasn't eligible. He's just one of these fellas that has it all.

"I'll come back to ye if I find anything that he's not good at!"

So back to the football - who is the more lethal of the two?

"I'd pick Con as well if I could get away with it!

"The two of them are a joy to watch. For me, Clifford is the best forward in the country. He's got a bit of everything, but so has Con.

"It's a really tight one. Probably after the [semi-final] weekend it would be Con, but in the overall scheme of things, it would be Clifford. Just about." 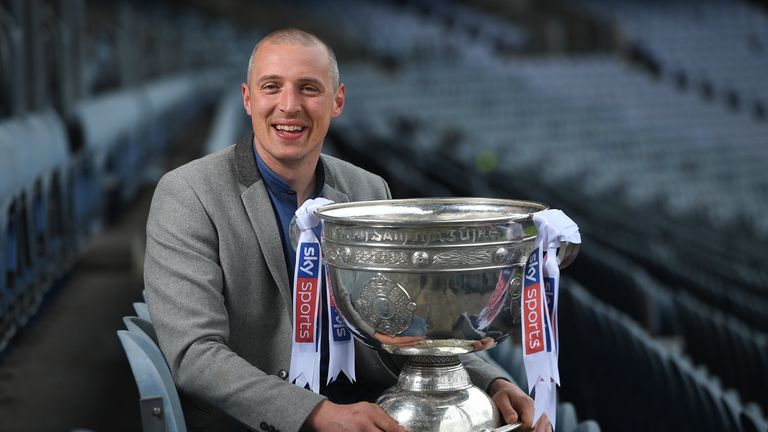 "The two of them are a joy to watch."

Con or Clifford? Clifford or Con?

Given the range of talent stacked across both teams ahead of Sunday, it would be foolish to describe the decider as a two-man shootout. But such has been the duo's impact this season, it's impossible not to draw comparisons.

Indeed, perhaps it's best not to pit them directly against one another at all, but rather sit back and enjoy two geniuses at work.

Rest assured, they'll have a big say on Sam Maguire's winter residence for 2019.