Tyrone manager Mickey Harte has hit out at the AFL's poaching of GAA stars, in the wake of the news linking Cathal McShane with the Brisbane Lions.

The Red Hands look set to be without their target man in the coming season, as he travels to Australia this week to complete a move.

However, the three-time All-Ireland winning boss stressed that the 2019 All-Star has yet to sign a contract with an Australian Rules side.

"I was trying to enlighten him to the fact that lots good things can happen for him staying here. The things he's going out there, trying to do, are very much more variable.

"By all means, if Cathal McShane wants to go and play Australian Rules football, that's his prerogative to do so. I wish him the best, if he can do that.

Harte hit out at the structures in place, and questioned former GAA stars who work with the AFL to facilitate moves for players.

"I've not been a fan of the engagement we've had with the AFL over many, many years now," he noted.

"That's the sad thing about it. It used to be in the past, we had unknown Australians trying to woo our players out to their AFL league. Now we have ex-Gaelic players doing it, which really saddens me.

"We've got recruits from the AFL within our own ranks in the GAA, and that's sad. 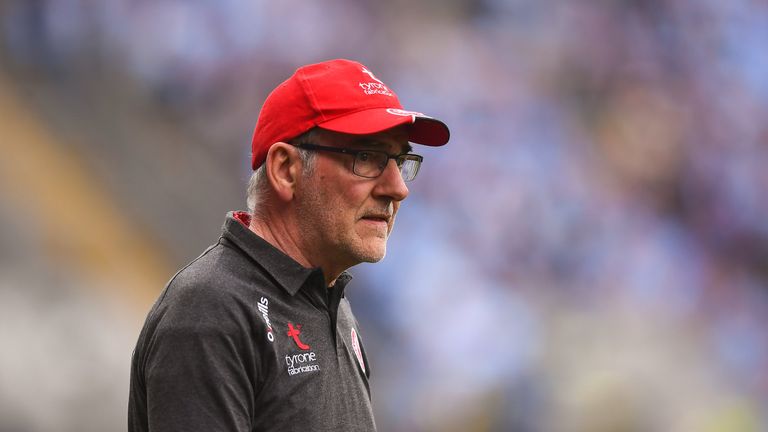 Now we have ex-Gaelic players doing [recruitment], which really saddens me.

"It's an absolute free gamble for them. If our players succeed out there, that's a cheap gamble. If they don't, they send them back home to us to see can we continue to play football with them.

"Always the case was, people are allowed go and play professional sport if they so choose to do it, and I never had any objection to that. But I never thought that an organisation should be creating a warm market for another organisation to take our players."

Tyrone will continue to build for 2020 without McShane's services, as they build up to their National League opener against Meath.