On Sunday afternoon, Corofin will bid to become the first ever team to win three AIB All-Ireland club titles in succession, and in the process scoop a fourth crown in five years.

Such has been their dominance, their three most recent trips to Croke Park have heralded three double-digit victories.

The manner in which they won those All-Ireland finals was mesmerising - not only are they winning, but they're doing so with an attractive style.

Enjoying their football is one of the club's core principles.

"At the end of the day it's an amateur sport and if you're not here to enjoy yourself then you'd have to be asking yourself why are you there," said Liam Silke.

"We definitely keep that at the forefront of our minds. Even every training session and that you have to go out and enjoy it or else you're just going to dread going to it. But I don't know if that's a community thing that we try enjoy it or I suppose when you're winning and playing nice football it makes it a lot easier to enjoy it as well."

However, Silke was quick to play down the one-sided nature of those St Patrick's Day victories over Slaughtneil, Nemo Rangers and Dr Crokes.

"I think it's just been a combination of us performing very well and maybe the teams we were playing didn't have the best day at the office," he countered. "They wouldn't have been happy with their performance.

"It's not saying that's going to happen every time you play in Croke Park, it will probably be a very different game on Sunday. We just have to approach each game as it is. They're going to be different types of games and we've to focus on how we can get the best performance." 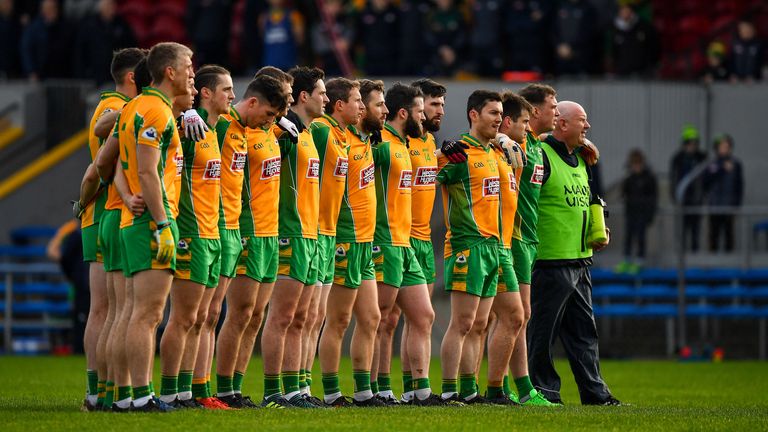 It's an amateur sport and if you're not here to enjoy yourself then you'd have to be asking yourself why are you there.

Although Silke plays as a back, the Corofin system allows him to burst forward, and the intercounty star chipped in with some crucial scores throughout their run to Jones' Road.

It's a style of play in which he clearly feels at ease.

"We're all given a licence to attack on the team," he explains. "It's just about using that licence and being willing to go forward for that opportunity. Obviously it could backfire if a corner-forward hasn't followed you and they're left in and the ball gets turned over. If the opportunity arises you have to go for it.

"If you're starting a move I'd like to continue the run. It's probably a timing thing in the game where players are getting tired and they're not as likely to track. It's probably a bit of luck as well just when the space opens up and in the moment to make that run. There's not a lot of thought going into it. It's just about, if you start a move to make a run and support the player you're passing to. Every player would be trying to do that in the team."

It's been a whirlwind rollercoaster for the Galway club, as they enjoy unprecedented longevity at the top level.

They're not resting on their laurels though, and are looking to make hay while the sun shines.

"You feel like you get to one All-Ireland and that's it for a while but I think we've just kept up the same level of performance and we've kept pretty close to the same team so that's definitely helped us in terms of consistency of performance.," he added. "Looking back in a few years time I'm sure it will be very hard to believe but at the moment we're just trying to focus on the game at hand."