Thrown in at the deep end of the National League that is Division 1, Meath are fighting to stay afloat as relegation looks inevitable.

The winless Royals are rooted to the bottom of the table, three points behind seventh-place Mayo.

And while they are yet to dig out a result, there are signs Leinster side are on the up as they experience top-tier league football for the first time since 2006.

On Sunday afternoon, they asked questions of Kerry in Killarney before ultimately succumbing to a three-point defeat.

"We were disappointed," said Donal Keogan of the loss. "[But] we were happy with the performance. At this stage, you are looking more towards the results, but the two are linked. If you can keep it going with those performances it is only a matter of time before you get the results you require.

"Compared to this time last year we definitely are in a better place. The overall and overarching trend is that we are improving. It has been an almost step-way improvement, getting out of Division 2, then [reaching] the Super 8s, they have all been building on each other. Now Division 1 football week-in, week-out is improving and I hope we see it later on in the year. I hope that it will stand to us.

"Whatever happens at the end of the year whether we stay up or go down I definitely think we will be in a better position towards the end of the League than we were last year.

"This time last year, not one person on the team had Division 1 experience.

"That's something that will really stand to us going forward." 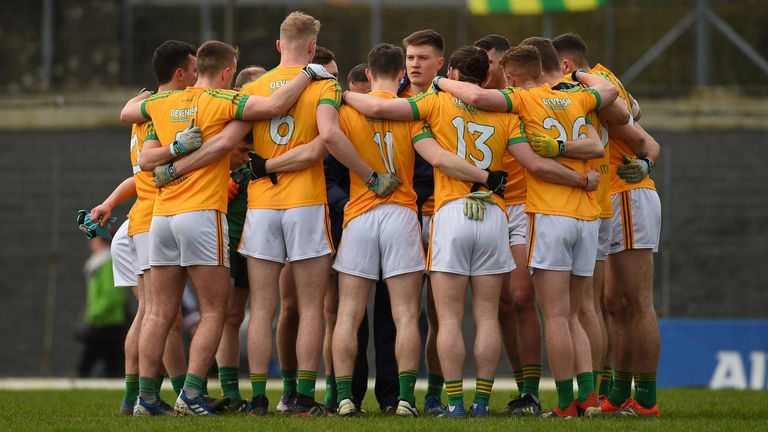 Compared to this time last year we definitely are in a better place.

They learned in 2019 that playing the best teams in the country can only improve a squad, even if it ends in defeat.

"Ultimately we had to get to the Super 8s to get that exposure to those Division 1 teams," he continued. "I think they were invaluable to us. Given you had to pit yourself against the best teams in the country. We had Donegal, Kerry and Mayo. Brilliant teams there to pit yourself [against] and see what you're made of.

"The running theme of the Super 8s for us was after 50 minutes we had a last 15 minutes collapse. That was the advantage of having played the Super 8s last year. We could address that over the winter, to look at why was the reason that was happening.

"We seem to have that now, in the Mayo game we finished well, the Tyrone game we were going right at it until the final whistle. We were always looking at ways to improve and that was one we really were targeting towards the back end of last year."

Andy McEntee's charges are now in must-win territory if they are to stay in Division 1 for 2020.

However, it's a tall order, as they would need at least two victories in their last three games against an in-form Galway at home, and away to Dublin and Monaghan.

"[Galway] coming to Navan, it's an opportunity for us in our home ground to potentially get a result there," Keogan added. "If the result goes your way there that weekend, you can look forward to the next weekend. Potentially four points might do it, six points probably will do it. You've three games left, there's six points on offer there, so it starts with Galway this weekend. It's a big game."