Geraghty: "Forwards are forwards and they are there for a reason."

Galway's shift in style this season has been extreme. The Tribesmen have switched from the defensive approach seen under Kevin Walsh to the attacking, kicking game since Padraic Joyce took charge.

The change has yielded dividends. Their sole loss thus far in the National League came away to Kerry, while they recorded wins over Monaghan, Donegal and Tyrone to propel them to the top of the Division 1 table.

"They are playing some fantastic football and players are there to express themselves but I suppose that comes down to the manager," said former Meath star Graham Geraghty.

"Pádraic Joyce was an attacking, flamboyant player and one of the best players of his era and you're seeing that kind of brush off on the team and how they play and the way they are able to express themselves and allowed to get forward.

"Their forwards are scoring more so than any other team, where it is midfielders and half-backs and corner-backs getting the scores and there's nothing wrong with that, but forwards are forwards and they are there for a reason.

"To see [teams] playing wing-back or dropping back into corner-back, it gets the blood boiling sometimes.

"But for me, Galway are playing very attractive football and at the minute you would say they would be kind of up there, contenders, if they can keep developing their style and bring their game forward. But it's a long way until the end of August now at the minute." 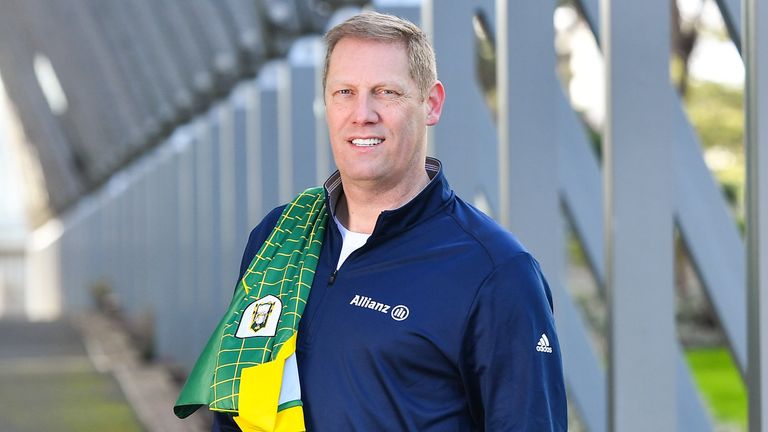 To see them playing wing-back or dropping back into corner-back, it gets the blood boiling sometimes.

Geraghty is dismayed with defensive systems

The two-time All-Ireland winner with the Royals feels that the westerners are proving a breath of fresh air in the sport, and other teams can learn from them.

"The defensive systems have kind of ruined football. They (Galway) are developing, they're kicking the ball more," he continued.

"They've players up front a lot more. They're a class side to see.

"But you see the club system in Galway as well, that's the way they play; attacking football.

"Teams are nearly afraid to go out and attack in case they are getting caught on the counter-attack. [But] if you've got players in their half, somebody has to mark them, they can't be left there on their own so I think it's something teams have to look at and can look at."