"Pádraic likes the attacking play I have as a midfielder," says Steede, who was recently named AIB Club Footballer of the Year

The Tribesmen boss has transformed the team's style of play, introducing a more direct, attacking game-plan and it is working a treat thus far as they sit on top of the Division 1 table.

After the Corofin contingent joined up with the squad, Joyce handed Steede his intercounty debut at 28 years old.

He has certainly brought his club form to the intercounty stage. He proved the difference in the hard-fought club final win over Kilcoo in which he kicked three points. And he's been given a similar licence to burst forward in the maroon jersey, scoring 0-3 and 1-1 against Tyrone and Meath respectively in recent weeks.

"Pádraic likes the attacking play I have as a midfielder - he has that style of football he wants to play," explained the recently-crowned AIB Club Footballer of the Year.

"I'm just getting a run of games now and I'm trying to keep in favour and keep the consistency going with Galway."

Indeed, the club final win in January perhaps was the breakthrough moment, where Steede put his hand up for inclusion in the Galway first team.

"Kilcoo set up really well defensively, at the start of the game we weren't getting much ball into the forwards so there wasn't much room to take shots," he explained.

"For the first point, I just got a bit of space down in the corner and managed to swing it in. But yeah, I'm usually reluctant to take shots as the forwards are more clinical than me. But when I need to, I can take a shot from long distance. Percentage-wise, I wouldn't be too high so I'm usually not encouraged to take a shot! But on the day, I got a bit lucky and it went over a few times." 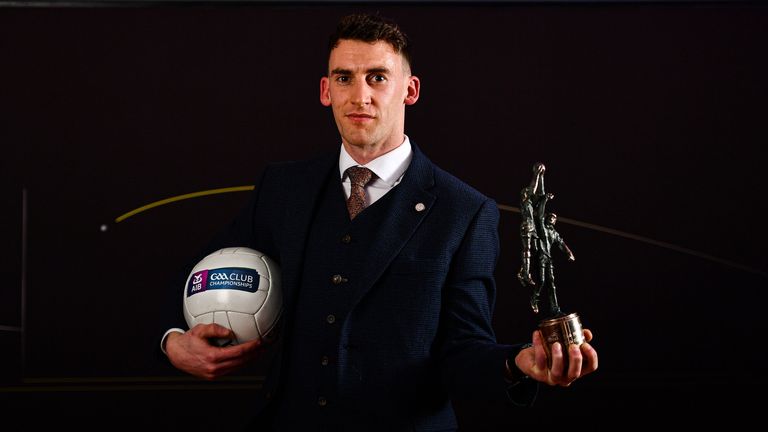 I'm usually not encouraged to take a shot!

And such a display helped him earn the personal gong as AIB GAA Club Footballer of the Year.

"I'm over the moon. It's a great personal achievement for myself," he said. "I couldn't have done it without my teammates and club behind me. They really had a great year altogether."

He follows in the footsteps of clubmates Liam Silke and Kieran Molloy in winning the award.

"They are both super players, really attacking backs and really vital parts of our team. Liam had a great year again, Kieran had a great year and I think he dislocated his shoulder in the final. Liam, I thought getting nominated with myself, he could have won it either."