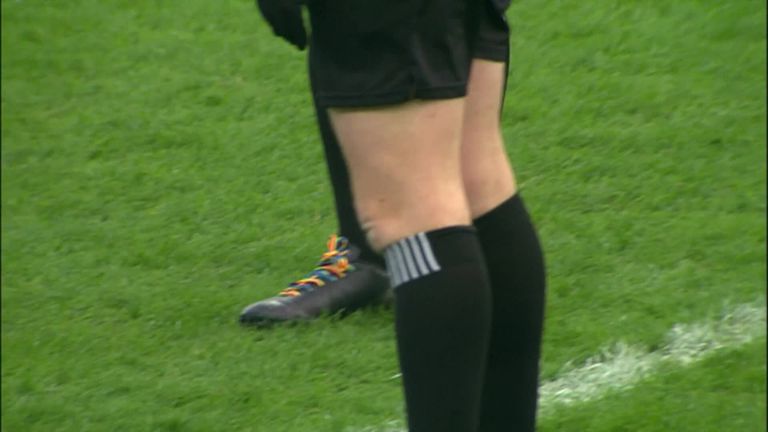 Players from both Mayo and Tipperary, referee David Gough, and his team officials wore rainbow laces during the All-Ireland semi-final, in support of Stonewall's campaign.

This season constitutes the first campaign in which Stonewall's campaign has been supported during GAA matches.

During the semi-final clash, some players representing both Mayo and Tipperary, as well as umpires and linesmen showed their backing for the LGBT+ inclusion initiative by wearing the multicoloured laces on their boots at Croke Park.

Prior to a game in 2015, Sunday's semi-final referee Gough was told at the last minute that he was not allowed to wear a rainbow coloured wristband by the GAA (Gaelic Athletic Association).

After the game, Gough, who is his sport's first openly gay top-level match official and also wore a rainbow wristband at Croke Park on Sunday, tweeted: "A huge thanks to @SkySportsGAA for bringing this initiative across to Ireland for today's game.

Mayo are through to the final after hammering Tipperary 5-20 to 3-13 and are looking to end a 69-year wait for All-Ireland glory. 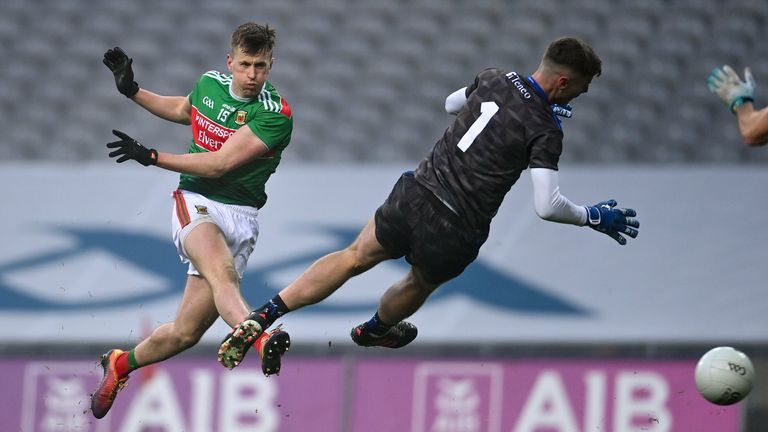 Sky Sports, now in its fifth year with TeamPride - a coalition of businesses and brands that amplifies the message of the campaign and also includes adidas, Aon, Barclays, Coca-Cola, and the Premier League - is sharing stories that reflect both inclusive environments and some of the challenges that still exist for LGBT+ people in sport.

Rainbow Laces continues to change attitudes. Last year, polling from Stonewall found that the vast majority of British people (65 per cent) think it is important that anti-LGBT+ language and abuse is challenged in live sporting events. The positive polling response represents an increase of seven per cent on the same question asked 12 months previously.