Former Dublin footballer Diarmuid Connolly has explained his reasoning for taking a year away from intercounty football in 2018, outlining how he felt demotivated at training sessions and how his summer in America gave him a new perspective.

Diarmuid Connolly has explained his decision for taking a year out from intercounty football in 2018, saying it was the best thing he ever did.

The St Vincent's club man featured for the county in a National League game away to Mayo in February 2018, and didn't appear in the blue jersey again until the Super 8s in 2019.

The two-time All-Star played a crucial role in the 2017 All-Ireland final, but travelled to Boston for 2018.

"Coming to the end of my career, I took a year out and I went to Boston. One of the best things I ever did," he said on the JCDC Am Seo Podcast.

"Taking the year out gave me a broader scope on the world, and it wasn't all just about GAA. It was, 'I have to start working on other aspects of my life here.' My world revolved around sport."

Connolly, who retired from intercounty action last September, said that the fall-out from the 2017 Leinster Championship win over Carlow was a factor in his decision to head Stateside the following year.

"It was a lot of things. Certainly the game against Carlow didn't help my mindset. It probably influenced my decision a small bit," he said.

"I remember the following season coming back and I was just demotivated. Not that I didn't want to be there, but I wasn't the same person around the guys. And when I was training, I wasn't putting it in like I used to. I wasn't doing my extra bits.

"I just said, 'my motivation isn't here anymore. If I'm not whole in it, I'm going to take something away from somebody else'. So I decided, 'what are the options out there?' I was just going to go back and play club football for the season, and then someone approached me.

"I said, 'what have I got to lose here? Go over for 8-10 weeks and experience life in a different country and a different culture and all that sort of stuff. And I actually got to travel, which I hadn't done in 12 years because I was playing football constantly every summer. Most of the year I was playing football because we were so successful with Vincent's at the time as well." 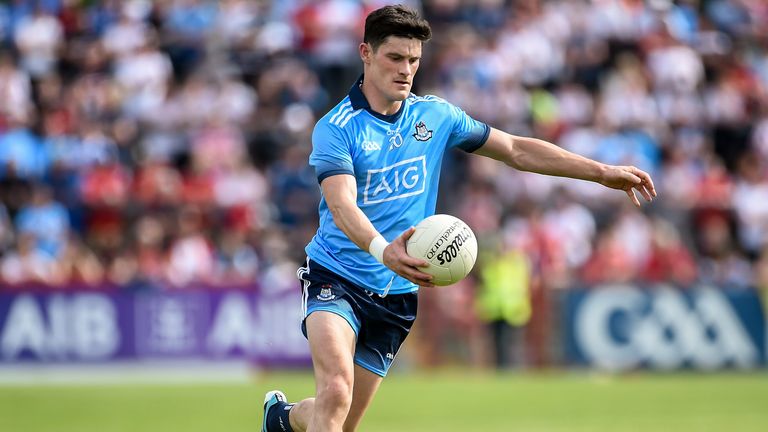 I was just demotivated. Not that I didn't want to be there, but I wasn't the same person around the guys.

Connolly struggled for motivation in 2018

In his absence, Dublin recorded a fourth consecutive All-Ireland title. He returned to the fold the following year, helping Jim Gavin's charges to complete the 'drive for five'. The 2019 All-Ireland final replay win over Kerry proved to be the final match of his intercounty career.