Dublin footballer Dean Rock laments the Sky Blues' 'regrettable' breach of the intercounty training ban, says all players on the panel take a collective responsibility and looks ahead to a National League campaign without Dessie Farrell.

Reigning All-Ireland champions Dublin come into the 2021 season shrouded in controversy, after nine players from the panel were pictured training collectively outside of the permitted window for intercounty teams.

Manager Dessie Farrell was hit with a 12-week suspension, and will miss the Sky Blues' National League campaign as a result.

Dubs forward Dean Rock, who was not one of the nine players at the session, says it was a 'regrettable' incident and that the whole panel acknowledges collective responsibility.

"It was certainly a regrettable incident, something that we deeply regret," said the Ballymun man at an AIG sponsorship event on Wednesday. "We are obviously very apologetic about it. We learned a lot of lessons from it. That's the thing, it was a mistake that we have acknowledged and accepted, taken our lessons from it, learned from it and moved on, and look forward to the season ahead.

"With hindsight, it never would have happened. I know an apology was issued at the time, and I'd like to follow up on that with another apology really, just to apologise for what we did.

"Sometimes as an intercounty footballer, you think playing intercounty football is the be-all and end-all. But I think a big lesson for us is there are far more important things in life than sport and Gaelic football. That's something that me personally, I've taken from the whole debacle.

"Like all the success we've had, it's always been down to the group. It wasn't just on the individuals on hand, it was the whole collective. It was a regrettable decision. We were all disappointed it happened.

"We're just trying to use the lessons in a positive way, learn from it and move on." 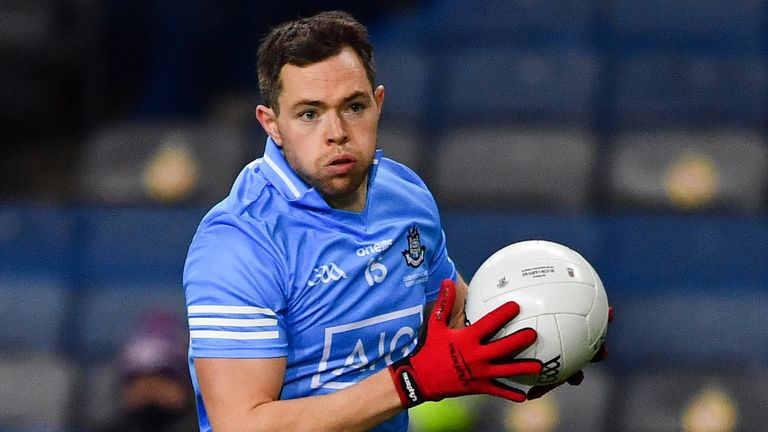 Rock says it was a shortsighted move

Rock declined to comment when asked if there were multiple training sessions, which involved other players on the squad.

The men from the capital now face into their National League matches against Roscommon, Kerry and Galway in the coming weeks without manager Dessie Farrell.

"Of course, it's strange not having Dessie there because he's obviously a big personality and a great person to have around the group," said Rock.

"Mick Galvin will obviously be there now and take charge of the team for the National League and foreseeable future. He's ably assisted by Darren Daly, Brian O'Regan and Shane O'Hanlon.