Match report as Mayo brushed off the challenge of Sligo to progress to the semi-final of the Connacht Senior Football Championship; two first-half goals from Aidan O'Shea sent James Horan's charges on their way, as they eased to a 20-point victory Mayo are up and running in the 2021 Championship with a dominant 3-23 to 0-12 win over Sligo at Markievicz Park.

The shadow of Cillian O'Connor's injury hangs over the westerners this summer, but they were not sufficiently scrutinised on Saturday afternoon to test just how great a setback the Ballintubber star's absence will prove to be.

Mayo looked in control right throughout the contest, dominating right from the off.

Starting in the championship for the first time, Darren McHale made an immediate impact. The Knockmore man scored Mayo's first three points within minutes.

Ryan O'Donoghue took up the free-taking duties in the absence of Cillian O'Connor, but it was Aidan O'Shea who caused the real damage.

The big full forward from Breaffy ran riot, hitting Sligo for two goals as well as adding a pair of impressive points off his right.

His opening goal in the 12th minute - his first championship green flag in five years - came from running straight at the defence and shrugging off his marker. The Mayo captain then added another in the 24th minute. Sligo had no answer.

McHale added a third Mayo goal, as the reigning Connacht champions put the contest to bed before half-time.

The Yeats County did dig in, with Niall Murphy and Seán Carrabine picking off a brace of points each, but James Horan's charges led 3-13 to 0-8 at the break.

With the victory all but ensured, Mayo's intensity levels somewhat dropped as they looked to see out the result.

Ultimately, the men in green and red eased to a 20-point victory, as they kept their hosts scoreless for over 20 minutes during the second half. 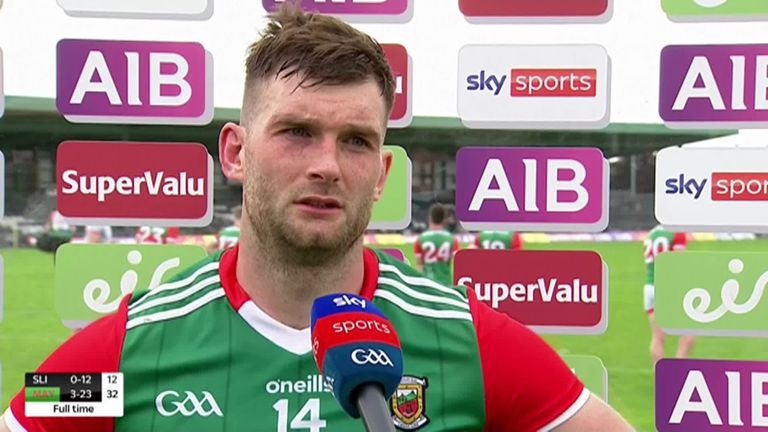 Bigger tests lie ahead this summer for Mayo, but James Horan will be pleased with an efficient display. O'Shea led the line from full-forward, O'Donoghue impressed on frees, while overall they seem ready to mount another significant challenge in the championship.

Next up is a Connacht semi-final meeting with Leitrim, as Galway face Roscommon on the other side of the draw.