Match report and highlights as Tyrone picked up a 1-18 to 0-13 win over Cavan in the Ulster Senior Football Championship. Darren McCurry (0-10) and Cathal McShane (0-3) led the line for the 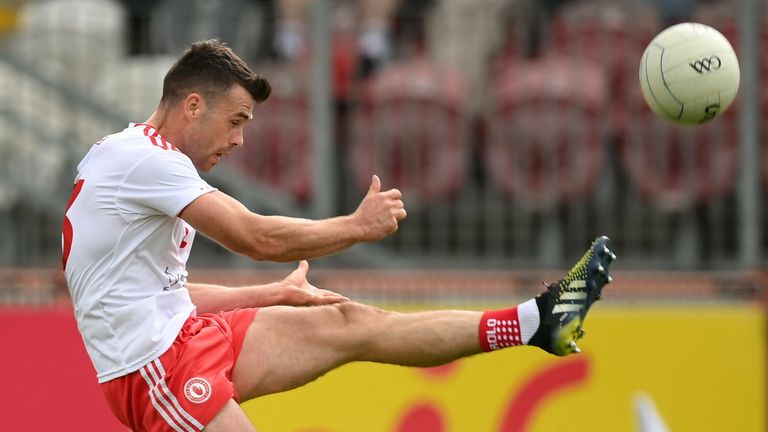 Tyrone picked up their first championship win of the post-Mickey Harte era, with a comfortable 1-18 to 0-13 Ulster Championship quarter-final victory over Cavan.

Darren McCurry kicked 10 points while Cathal McShane score 0-3 off the bench on his first appearance for the Red Hands since February 2020.

However, there was a dampener as Ronan McNamee was shown a straight red card in the second half, which will likely rule him out of the Ulster semi-final against Donegal or Derry.

The Anglo-Celt Cup holders started well, and resembled the 2020 version of themselves in the early stages. Gearoid McKieran led the line impressively, while Thomas Galligan, Oisin Pierson and Gerard Smith all kicked points.

Mickey Graham's side took the game to their hosts, with McKiernan slotting a score to give the Ulster champions a 0-7 to 0-6 lead in the 25th minute.

However, from there Darren McCurry took the game by the scruff of the neck.

The Edendork star kicked four exceptional points from play, and seven overall before the break to give Tyrone a deserved 0-11 to 0-7 lead at the half-way mark. 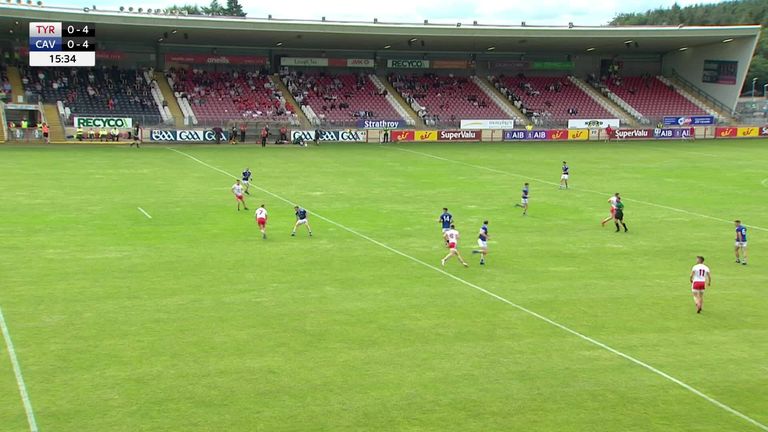 The Red Hands were looking to put the contest to bed after the restart, and that's exactly what transpired. McCurry kicked another point, before substitute Brian Kennedy found the net.

A McKiernan point in the 43rd minute stopped Tyrone's run of 1-6 without reply, but in truth the match was well and truly settled by that point.

The introduction of Cathal McShane in the 48th minute drew a loud cheer from the home support, and the 2019 championship top-scorer was back kicking points within one minute.

There was a setback for Tyrone however, as Ronan McNamee was shown a straight red-card by referee David Gough for an off-the-ball incident.

Nonetheless, it was an efficient afternoon's work for the Division 1 side, as Brian Dooher and Feargal Logan pick up their first championship win at the helm.