Kerry manager Peter Keane was pleased to deliver a victory for the Kingdom after a difficult week in the county; man of the match Paudie Clifford and Tipperary manager David Power also gave their thoughts after the Munster semi-final in Thurles 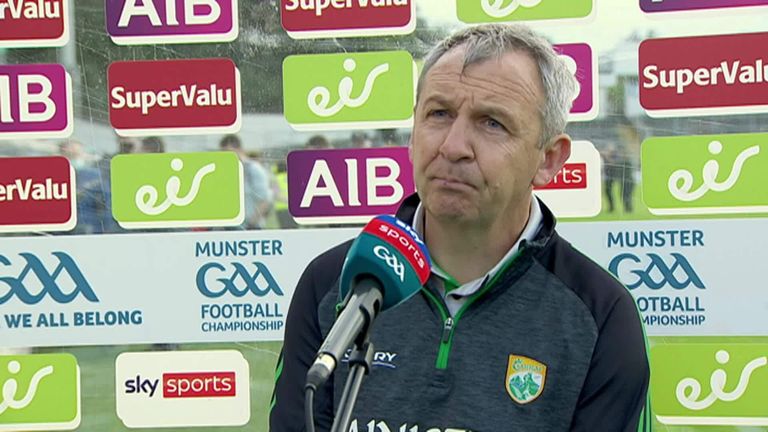 It was a week in which the significance of football was plunged into perspective in Kerry, but manager Peter Keane was nonetheless pleased to have delivered some solace to the people of the county.

"This week we've just had has been very tough in Kerry," said Keane in his interview with Sky Sports after the 1-19 to 1-8 win over Tipperary in the Munster semi-final at Thurles.

"There was a young man who lost his life in a motorbike accident late on Tuesday night, we just heard about it when we were leaving the field. A young man from Killorglin called Jimmy O'Connor.

"And this morning, there was a young man, 14 years of age who plays for the Beaufort GAA club, Thomas Healy and he was laid to rest in Beaufort.

"So this was a very difficult week. And I would hope that by our performance tonight, that we have brought some joy to the people of Kerry that didn't get the opportunity to come up here, but were able to watch it on television or listen to it on the radio, or the people that came here. So that is what is ultimately most important, that sense of community and that togetherness."

On the field of play, it was all one-way traffic as Kerry delivered another professional performance to see off Tipperary by 11 points.

"Our priority today was to win and we won," Keane noted. "A bit sloppy at times, but winning was what it was all about, whether it was a point, three, six, nine, it is really irrelevant. It's about winning.

"I think we were tested well. We were coming here. It was a championship game. Do or die. We were playing the Munster champions. I know they didn't have a great league, but they still had the nucleus of a very good team. And they put it up to us for long passages of that game."

Next up is Cork in the Munster final at Fitzgerald Stadium.

"No question about it, we're going to have to lift it. It's a Munster final and a very important game," Keane warned.

"It's do-or-die. It's very important, we're playing at home, and we want to do well there. It was fantastic tonight to have crowds and to have cheering. We're hopeful that in Killarney, we will have a bigger crowd." 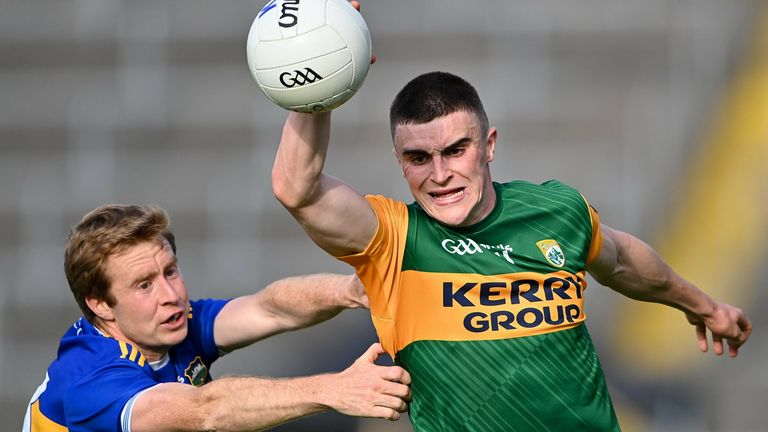 Clifford: Keane wants me to do a bit of everything

Paudie Clifford delivered another eye-catching performance in his debut championship campaign, winning the man of the match award.

The Fossa star executed the play-maker role to perfection, enjoying 34 possessions throughout the contest.

So is he under express instructions to act provider, rather than be a main scorer?

"That is my role," he confirmed. "He (Keane) wants me to do a bit of everything. Just getting back, getting tackles in. That's my main aim, to get tackles in and try and influence the game whichever way I can."

And Clifford's role this season has allowed Seán O'Shea to move closer to goal.

"The closer he is to goal, the better because his kicking is just outrageous to be fair," he grinned. 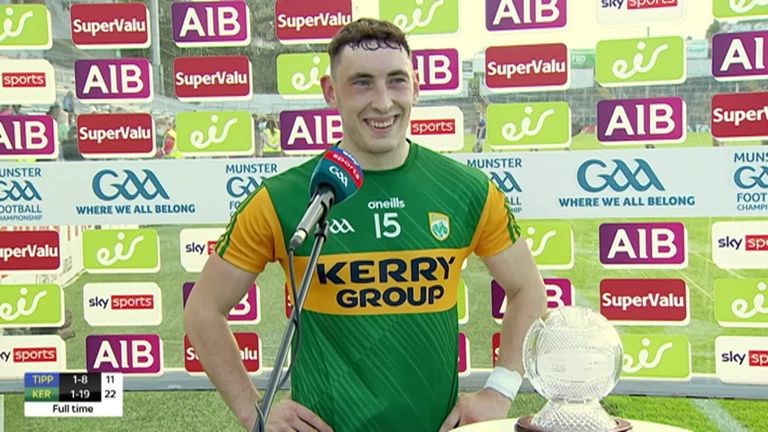 Overall, it was a job well done.

"We're all enjoying it. There's a serious buzz at training," Clifford continued.

"We just have to keep it rolling now for Cork.

For Tipperary, their season comes to an end. But manager David Power was happy with how they responded to the disappointment of last month's relegation.

"I'm very, very proud of our group of players to be competing against a team that has really blown everyone away this year," he said. "We stuck at it. It was careless turnovers that cost us. We dropped the ball into the 'keeper, and they ended up getting a great goal. 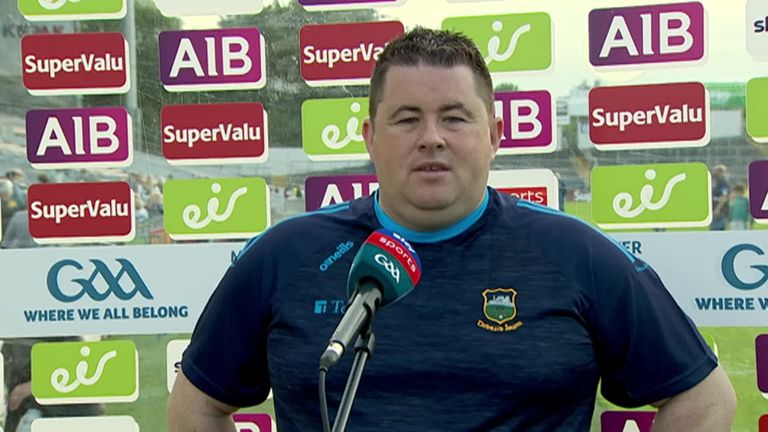 "But I'm very proud of the lads. We were probably in a bad place four weeks ago.

"To be fair to them all, they were incredible. They worked extremely hard.

"Kerry are a very, very good team. They're a team on a mission this year. And I've no doubt they're going to be very, very close to the All-Ireland."