Dublin footballer Philly McMahon discusses his role as a performance coach with Bohemians FC, and explains how he has a decision to make between travelling to Greece for an away leg against PAOK or concentrating on the Dubs' preparations for Mayo.

Philly McMahon has been busy this summer.

Along with Dublin teammates Michael Fitzsimons and James McCarthy, the Ballymun Kickhams club man is bidding to win a record ninth All-Ireland title with the Sky Blues.

Away from the Gaelic football field, he is relishing his new role as a performance coach with Bohemians. The Dalymount Park outfit are enjoying a run in Europe, currently 2-1 up on Greek outfit PAOK after the first leg of their Europa Conference League qualifiers.

It has been a manageable balancing act thus far, but the 33-year-old is facing a decision next week, whether to travel to Greece with Bohs for the away leg, or to stay with Dublin for their preparations ahead of the All-Ireland semi-final against Mayo.

"I'd have to sit down with the [Dublin] management and see if I missed a session or two. Would that impact my chance of doing a job for the team? That's really where it will be, I think. I have to sit down and have a chat, ask the question, 'If I miss one or two training sessions, will that impact my role in terms of what I'm doing on the day?'"

McMahon has been able to combine the two roles successfully so far this summer.

"It gives you doubles the highs. But just from different roles, I think it's enjoyable for me," he explained.

"Another Leinster [title]. Obviously I'm not hands-on in terms of on the pitch, because I didn't get any minutes. But any kind of disappointment I maybe would have had of not playing, that's just the way you have to be as a part of the team, if you want to push the team on, the lads in front of you, you've got to want to play. So having the Bohs thing to switch it back to then is something you can do in terms of helping the squad, I think it's really enjoyable at the minute.

"I'm very lucky that both Dublin and Bohs train in the same place, in DCU.

"[After Bohemians training], I can walk around the corner, and go training with Dublin. I've been very lucky with that. I haven't missed much training for Dublin because of the work with Bohs." 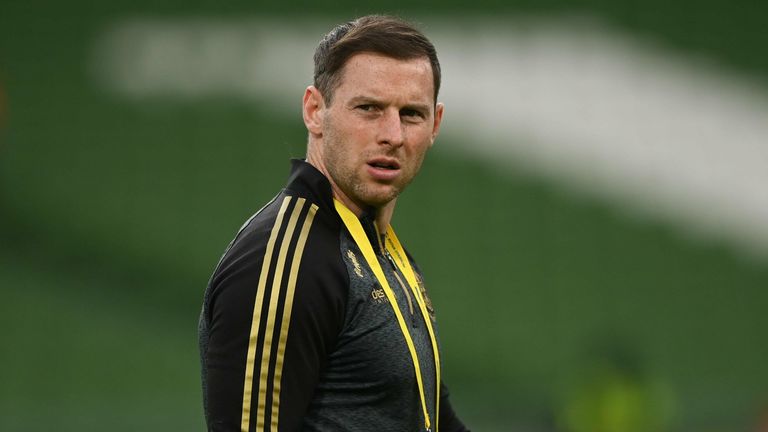 I'm very lucky that both Dublin and Bohs train in the same place, in DCU.

McMahon has been able to balance the two roles

And the step into coaching was a natural one for McMahon.

"A big part of my life has always been to fill the different components of my life with things I enjoy doing," he outlined.

"And working with a really good group of players with Bohemians and [Dublin] is what I'm about and what I want to do. I think it's very enjoyable. But definitely filling those voids for whenever I do finish Gaelic football is going to be very important. But I won't be thinking of that just yet.

"From a personal perspective, if I'm trying to help lads at Bohs improve their performances, that makes me more conscious of how I'm feeling or how I'm acting around the Dublin lads as well.

"I've done it from a very young age and again, I've done it in different parts of society which is great because there's a huge correlation, but then there are huge differences.

"So, for me to use those experiences in sport has helped massively in terms of helping groups in society."