With Davy Fitzgerald strapped in for two more years as Wexford manager, the Model County can plan to build on what was a hugely promising 2019 season.

A first Leinster title since 2004 increased belief in the south-east that they can challenge for the biggest prize of all, and two weeks ago a further landmark was attained as Lee Chin and Diarmuid O'Keeffe were honoured with All-Stars.

The bond between the manager and the playing squad is clearly a close one, and they are thrilled that the Clare man is staying on, after weeks of uncertainty.

"The conversations I would have had with him, I wouldn't have been totally biased towards Wexford," said Chin of his chats with Fitzgerald following the defeat to Tipperary.

"Obviously I want him to stay, I would have been planting little seeds every now and again. But it was more to do with a friend, and a friendship. I wanted him to be happy in his decision. For him to come back to Wexford, I didn't want to force him, or convince him to come back to Wexford when I was thinking I don't know if it's what he really wants to do with his life.

"So I was just trying to support him with regards with whatever he wanted to do that I'd back him, and I'd 100 per cent respect his decision, and I'd never fall out with him over it. That was more or less the conversations we had." 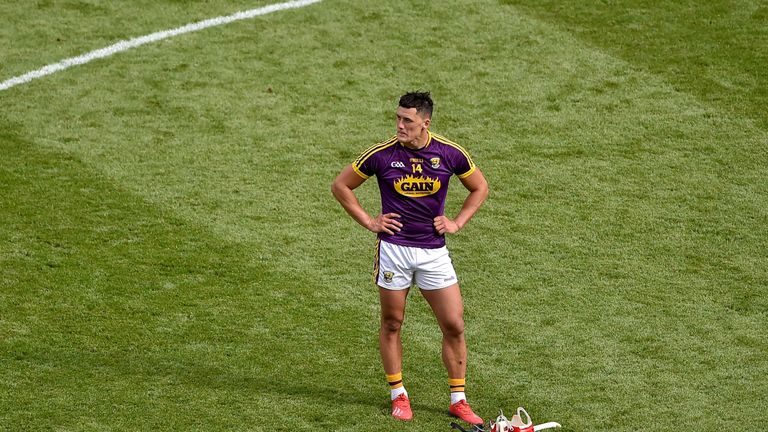 I wanted him to be happy in his decision.

Chin didn't want Davy to stay on for the wrong reasons

Since the former goalkeeper took charge of the Yellowbellies, they clicked immediately.

"It's Davy that creates that relationship just through how passionate he is about his players and the guys he's with every day," Chin continued.

"It's just the kind of man he is, that's the type of relationship he wants with players.

"It was immediate because the first meeting that we had, as much as he gets his point across within a couple of minutes and how serious he is, he loves throwing in the one-liners that show that he's down to earth and he's good fun.

"He'd be unbelievably passionate about what we're going to do for the year and plans but then he'd throw in a one-liner that's just funny to make people laugh.

And right now, there is a real sense that the Yellowbellies are on an upward trajectory.

"In 2019, we just decided we know we're well capable of whatever," said the Faythe Harriers man, reflecting on the season that was.

"I suppose that game up in Salthill against Galway was one pivotal moment, we went up there and got a draw out of it. It was a game that we probably could have won as well. We sat in the dressing room afterwards, we agreed that we're well capable of going places, let's keep the head down and working hard.

"It's very usual for teams to just come out of nowhere and just win an All-Ireland, it has happened but it doesn't usually happen. I think Wexford are one of those teams that we were making certain steps towards that over the last couple of years.

"After this year, winning Leinster, you'd imagine that you'd be thinking we have a chance now to win an All-Ireland. But it's years like this year, getting over a provincial final that lead you to that belief you're capable of those things."