Shortly after being announced as the new Waterford hurling manager, Liam Cahill got straight to work and made some big calls.

Former All-Stars Noel Connors and Maurice Shanahan were deemed surplus to requirements, and dropped ahead of the 2020 season.

Quite the statement, indeed, to a panel which has badly struggled for form over the last two years.

"When a new manager comes in there has to be change, and I know there can't be just change for the sake of change," Cahill said.

"My brief in Waterford is to unearth new players as well, and leave Waterford in a good healthy position whenever I do vacate the position. So, I would be looking for a number of young players to step up. And I need to get the balance of my panel right as well, with youth and experience. I think we've done that, and we have fellas who have been there quite a number of years but still have a lot to offer." 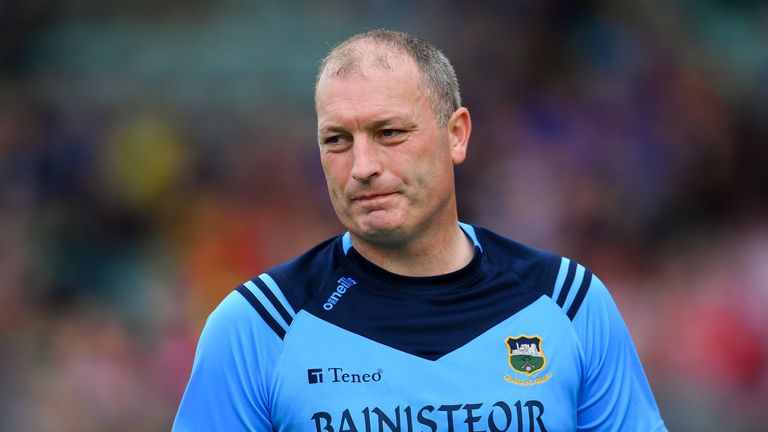 There can't be just change for the sake of change.

Cahill feels his decision is justified

Leaving Connors off the panel was particularly eye-catching, given the Passage defender was captain in 2019.

"Noel Connors is obviously a high-profile name in Waterford, and a massive servant to Waterford hurling, there's no one denying that," said the Tipperary native.

"But the type of game I'm going to play in the coming year is going to involve fellas predominantly being able to get around the field. Noel has a long-established career with Waterford, and the thing about it is there's no door closed on anybody really. The bottom line is that now is just a point in time. If players are putting up their hand again in the near future, I'm around long enough and I think open enough to be able to see if somebody is showing me the right vibes; that the door will always remain open."

"I wouldn't rule out bringing anyone back," he added. "Whatever is the best for Waterford hurling. Obviously my priority is to try and unearth plenty of new young talent in the county; that's the whole objective."

One player with no inter-county experience who has caught the eye in recent months is Dessie Hutchinson of Ballygunner. After leaving a career in professional soccer behind to return to the small ball, the ex-Brighton ace excelled in his club's run to the Munster final. The 23-year-old has been on the Ballingarry man's radar, and he could be primed for a call-up.

"Dessie has shown all the signs at club level that he has ability - real ability," Cahill said.

"From the short dealings that I've had with Dessie Hutchinson, his attitude is absolutely spot-on. He's a guy that is really, really serious about his hurling and his preparation.

"But, again, it remains to be seen. When you step up in class, stepping up in class is the big thing. And no disrespect to any of the club players he would have played in Waterford or in the Munster club, when you go out in an inter-county set-up you're meeting the best, and it remains to be seen whether Dessie is going to be able to compete at that level or not."

Over the coming months, Cahill will aim to unlock the undoubted potential of this group, as they aim to return to the heights of 2017 when they reached the All-Ireland final.

He believes they have the hunger to do just that:

"We're only back a number of sessions, but they're portraying all that kind of vibe. They want to be better, they want direction, they want instruction, they want to be in an environment that can improve them. And that's what I'm going to try and do - do the best I can to put that in place for them, and I think if they do, they will be a lot more competitive."

And as for a meeting with his native Tipperary down the line?

"It's going to be tough," he conceded. "But I have to say that I'm absolutely 100 per cent committed to the Waterford cause. I wouldn't have taken on the job in any other way. It was obviously one of the major hurdles I had to get over, but I've that totally clear in my head and I'm going to give this absolutely everything I can to make Waterford as competitive as possible. And hopefully silverware will follow."