Watch Wexford vs Tipperary live on Sky Sports Arena from 2.30pm on Sunday

Former Tipperary manager Michael Ryan has admitted he is wary of a much-improved Wexford team, ahead of Sunday's All-Ireland semi-final between the counties.

The Upperchurch man was in charge of the Premier for three seasons, coming up against Davy Fitzgerald's Wexford side during that period.

Looking on as a spectator this season after vacating the Tipp hot seat 12 months ago, Ryan has been impressed with the Model County's upward trajectory.

"If you look at what's different to Wexford this year than any other year, I just think they play really well as a unit," he said.

"They still employ the sweeper, I think it's very smart. For me looking at them, the S&C two and three years really looks to have kicked in for those Wexford guys. They looked huge men in that Leinster final and they were winning the vast majority of the physical battles, they were right up there with Kilkenny who you'd always associate with winning physical battles.

"The hurling they were playing in that Leinster final was excellent. It's a bit like saving the best wine for last, I think their Leinster final performance was their best of the championship so far. It was a cracking game, right down to the wire, a one-point win and those are the types of games that really develop character in the team."

He is expecting a game of chess on the sideline, as Liam Sheedy renews acquaintances with Davy Fitz.

"That's a key word for describing Wexford and what we're facing on Sunday. I think it'll be tactical, they'll still play with their tried and trusted system," continued Ryan.

"We in Tipp have come up against that system time and time again. There's nothing new there we haven't seen before. And our record of dealing with that is actually quite good. That in itself isn't something that isn't going to have a huge bearing on the game.

"From a Tipp perspective, we will need our absolute best performance to get a result on Sunday. There's a lot more momentum with Wexford right now. It's very, very hard to call it. It's advantage Wexford in terms what they've achieved this year in terms of winning a Leinster final. We saw what it meant to their supporters.

"On Sunday Wexford could possibly fill the stadium on their own. I know that's a cliche but I just think you'll get a huge support coming from Wexford and I hope Tipp travel because I think they need to get behind this team, this team need support right now. " 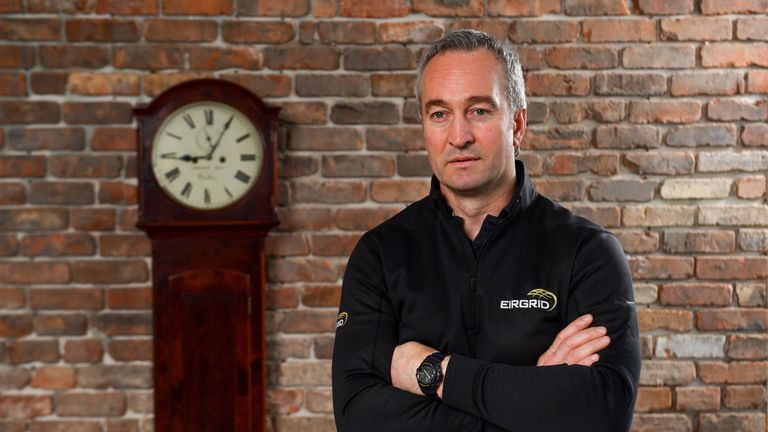 "Wexford are in a better place... That's a fact"

Ryan feels the Leinster champions have all the momentum

Tipp started the summer at a whirlwind pace, but came unstuck in the Munster final as they fell to Limerick by 12 points. This was followed up with a lethargic display against Laois, but nonetheless the Premier find themselves two wins away from All-Ireland glory.

"Knowing Liam Sheedy and knowing what's at stake on Sunday, Tipp will perform and they will bring a level of performance that they certainly didn't bring the last day," Ryan continued.

"You could argue that Tipp are actually coming into this game very much under the radar. They're into the last four, the prize is absolutely massive - to go into the All-Ireland final and it all hinges on one huge game.

"Whoever is going to win on Sunday need to bring an absolute top performance. And I give Tipp a massive chance if they bring that performance. It just looks easier for Wexford to achieve it, right here right now."

Nonetheless, he was keen to point out that the Yellowbellies are coming into the tie with real momentum, echoing Liam Sheedy's assertions that the Model County are favourites: "To win a Leinster final is really tangible for them, and it's really going to lift their confidence levels.

"With that for Tipp comes the threat that this team, their belief system is going to be really, really strong. They're in a better place to compete in an All-Ireland semi-final than we are, and I think that's a fact."