Watch Tipperary vs Kilkenny live on Sky Sports on Sunday

As he prepares for his seventh All-Ireland final against Kilkenny, Noel McGrath isn't suffering for any big-game nerves

"This is why I train, this is why I play, so I'm not going to let the day pass me by being nervous and worrying about it," he explained.

"If you prepare right and get everything right I think you'll be fine on the day.

"The fact that it's an All-Ireland final doesn't matter once 3:30 comes on Sunday because all you're thinking about is going after the ball.

In his 11th season of intercounty hurling, the Loughmore Castleiney man is accustomed to playing deep into the summer. However, the shock early exit in 2018 was a departure from that routine.

"It was strange," he reflected.

"I think the structure of the championship is fair to everyone and gives everyone a good chance. If you don't come out of your group then I don't think we could have had any complaints in 2018 and luckily we turned it around this year.

"You'd be meeting lads at different places and having chats [last winter]. You'd be hoping it would go better or asking what we should be doing differently.

"They're the conversations you have and then with the group of U-21s that came in they really energised the thing as well and added big time to it so that gave us a great energy-lift.

"The competition they brought pushed everyone on and it's great to have it."

The notable difference in 2019 was the return of Liam Sheedy as manager.

"Any time a new manager comes in, no matter whether you know him or not, you have to do the work and try to do the best you can to impress them," continued McGrath.

"Just because we have worked under Liam before it made no difference. We still had to put in the work, there was nobody getting a freebie anywhere. You had to do all the hard training and show that you were good enough to wear the jersey.

"All the 40 lads that are there have put their shoulder to the wheel and every single one of them is a worthy part of the panel.

"It's great. It's top-level sport. You're being challenged. You challenge yourself first of all and then you're obviously going to be challenged by the players, by the management, and everybody around. 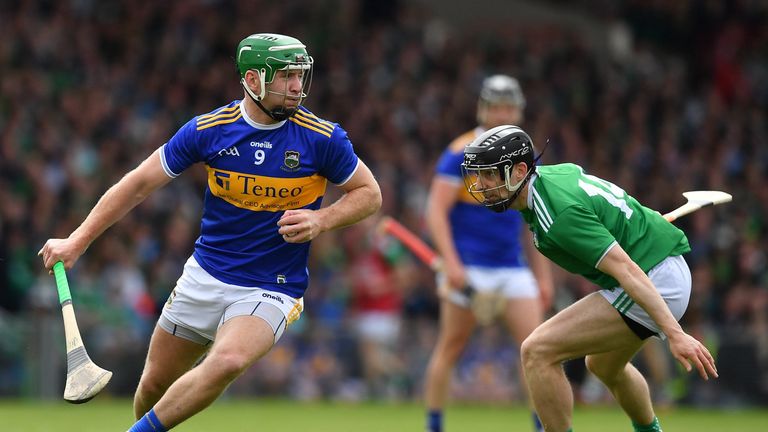 "Any time a new manager comes in, no matter whether you know him or not, you have to do the work and try to do the best you can to impress them."

Sheedy's return gave the side a lift

Although the Premier were written off in certain quarters as commentators suggested this current crop are past their best, McGrath and his colleagues kept their heads down.

"Every team is questioned in different ways at times. Look, that's just part and parcel of hurling and sport," he noted.

"Some people praise you and some people criticise you.

"Once you're happy with yourself that you're preparing right and giving it everything you can, then what people say outside I don't think really matters."

Sky Sports' GAA coverage continues on Sunday as Tipperary and Kilkenny face off in the All-Ireland hurling final.