As the GAA Congress convenes this weekend, one of the main items on the agenda is a vote on whether to bring in a black card into hurling to combat cynical fouling.

The issue has divided opinion, but the bulk of the playing population is largely against the move.

"You are losing the whole GAA aspect, your whole hurling aspect if you start bringing in these black cards, pink cards, whatever.

"It completely ruins the game and it is going to ruin the game. The game is perfect the way it is. I'd say leave the game the way it is and stop trying to change it. If it's not broke don't change it." 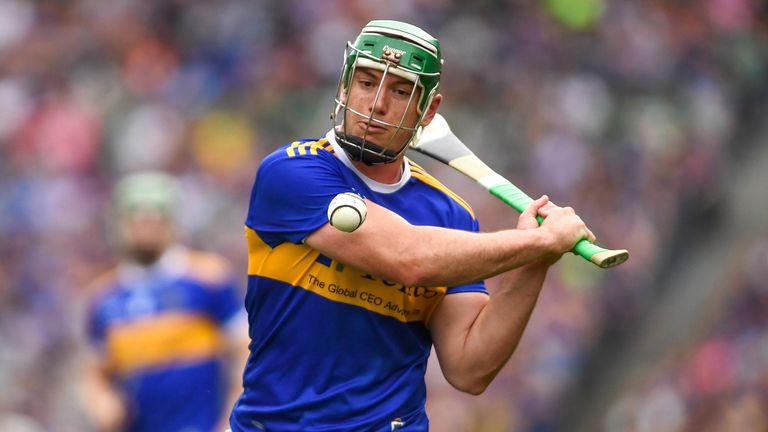 It is going to ruin the game. The game is perfect the way it is

John O'Dwyer is baffled by the motion

"Cynicism has been there since 1884. It hasn't come in the last two years, it's always been there," he continued.

"Cynicism hasn't come in in the last few years, it's always been there. It's just been talked about more now because people are looking for something to talk about. Why not talk about the good aspects of the game? And promote the game in a good sense instead of trying to bring the game down?

"There's already been so many changes made to football which in my opinion, again, are all the wrong changes as well so why change hurling when there's nothing wrong with it? It's perfectly fine the way it is. Leave it."

Another source of frustration for the Premier forward is that the players haven't been consulted in the process.

"The players aren't questioned on this," he noted. "They're questioned on it at the end of the year by the GPA in a survey or whatever but like if these decisions are to be made then why not bring in two top players from each county that competes in the hurling and ask their opinion on it? Then they can go back to the whole group as a collective and then bring it together.

"But for these people in the top brass in Croke Park or whatever to be bringing in these decisions, to me it's absolutely nonsense and they are trying to change something maybe just to have their name in a book saying that they made this rule change or something like that. But to me it's nonsense and it should be just left the way it is."

Meanwhile, the 28-year-old reported that he is back to full fitness after being stretchered off during Tipp's National League clash against Cork in Páirc Uí Chaoimh earlier this month.

"It was more precautionary than anything," he said.

"I was in the neck brace for about maybe four or five hours.

"No major injuries, it was pretty sore, but no concussions.

"It was just the way I landed more than anything else. I didn't really lose consciousness, I felt a bit numb because I came down so hard, I lost feeling in my arm. That was about it, there was nothing major.

"I said it to the lads when I was lying on the pitch, 'I'm perfectly fine'. The first thing I said was that my helmet broke. That is all I was worried about! It was just precaution by our doctor and by the Cork medical team, who were good enough to come in, to give a hand.

"I was actually scheduled to play against Galway two weeks after, but it was called off. I got a little procedure done on my ankle last week, a top-up on the operation from last year so I missed the weekend. I'm back training now so all is good."