Horgan: "It would be worse if he wasn't blowing for blatant frees"

Hurling refereeing came into focus in recent weeks, after a weekend which saw a combined 92 frees awarded in two games.

The National League ties between Dublin and Wexford at Croke Park, and Cork and Limerick at Páirc Uí Chaoimh drew controversy, due the officials' stringent approaches.

And while many felt the referees were being too finicky, that wasn't necessarily the view of all the players.

"I think it would be more frustrating if there was fouling and there wasn't frees being given," said Cork sharpshooter Patrick Horgan, speaking at the GAA Super Games National Blitz Day in partnership with Sky Sports.

"If they think it's a free, it's a free. You can't do anything about it. You can't just leave play continue, just because some people in the stand want to see it played on.

"If it's a free, it's a free. If it's not, it's not. It's not our jobs to ref them. Whatever the lads see fit, they'll obviously go with.

"I think to be fair, the ref on that particular game (vs Limerick), the ref was the same to both sides.

"That's all you can ask for. If you'd seen the free happen, it would be worse if he wasn't blowing for blatant frees." 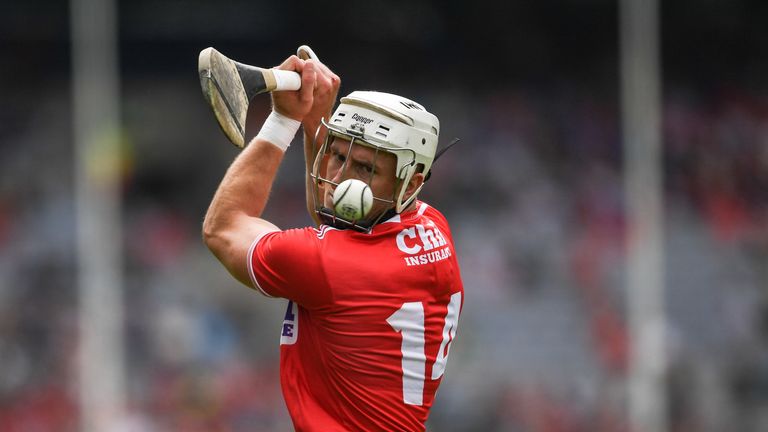 You can't just leave play continue, just because some people in the stand want to see it played on.

Horgan feels it's not imperative to listen to crowds

And in the home clash with the Treaty, the Glen Rovers man was the benefactor of numerous refereeing decisions, scoring 0-16 from placed balls. But he plays down his role.

"It's the fellas that are winning them are the fellas with the pressure on them," he said. "I just think it's probably easier for me then if anything. I'm happy with what I do."

The Lee-siders' National League campaign met an abrupt stop with their away loss to Galway, meaning they have a 10-week lay-off before their championship opener at home to the Treaty on May 10th.

"It gives us a bit of time now to even have a couple of weeks off, and get back in, train hard for [Limerick in] ten weeks' time which is a big game for us," he noted, when asked about the break.

"There'll be games going on, challenge games, in-house games, all that kind of stuff. We won't be short of match practice or anything.

"We'll just continue training for Cork, and back off to the clubs for I don't know how many weeks; two, three, four. Between football and hurling, I'm not sure. Then it's just about every fella trying to keep in shape himself. And get the extra bits done if they can."

And they have taken positives from their five-game National League.

"We were competitive enough in every game. Just a few results didn't go our way," he lamented. "They could have, and it could have been a different situation.

"We just came out the wrong side of a couple of them. We lost Waterford by a point, Limerick by two, both those games could have went any way, and Galway, do you know, we were right in it with two or three minutes to go. We went down to 14, and it didn't help. But we were competitive anyway. That's all you can ask this time of year."

It's full steam ahead to meeting with the reigning Munster champions.

"Every team, especially around Munster, know each other inside out at this stage," Horgan added. "It'll just be on the day again. It's the same as always. There's five teams in Munster, any of them could beat anyone. Hopefully with a bit of luck on the day, we'll see. It's not going to be easy. If a couple of balls bounce our way on the day, we might get a result."