Cuala would love a crack at a Leinster Championship, says manager Willie Maher

Watch Inside The Game, our GAA discussion show, at 9pm every Wednesday on Sky Sports Arena

In recent years, Cuala winning a county title marked the beginning of a winter odyssey rather than the end of the line for the Dublin side.

The same could be said for Limerick's Na Piarsaigh, Derry's Slaughtneil and Kilkenny's Ballyhale Shamrocks, who would have been bidding for a third consecutive Tommy Moore Cup if they were to get over Dicksboro next Sunday. And there are numerous other club sides around Ireland who would have been eyeing up a run to the Croke Park decider under normal circumstances.

But with the redrawn calendar in 2020, the GAA elected to forego the provincial and All-Ireland club championships this season.

So despite the jubilation for Cuala after capturing a fifth Dublin SHC crown in six years on Sunday, there remains a sense of what could have been.

"There's always regret. Especially, you don't want to be thinking about it until after today, but we're disappointed ultimately," lamented manager Willie Maher at the full-time whistle in Parnell Park.

"We were watching Na Piarsaigh last night on TV, they won their Limerick Championship, and they'd have a right chance of winning the Munster Championship. So we would have loved a crack at Leinster, but it's the nature of the season, and the pandemic that has dictated all this on us. We're disappointed, but we'll just move on."

Last week Slaughtneil manager Michael McShane suggested there is ample time to run off the provincial and All-Ireland club championships in January and February.

I sincerely hope the @officialgaa will revisit their decision not to play the provincial club championships for 2020. No reason whatsoever why the provincial and AI series cannot be played to a conclusion through January/February after the IC season ends @ClubPlayerAssoc

And Maher threw his weight behind the proposal.

"If there was enough support behind it, we'd love to as county champions now. We'd love to go on, play another match or two, and see where we are as regards the best in Leinster. Yeah, we'd be fully behind it after winning today. But the decision lies with other people." 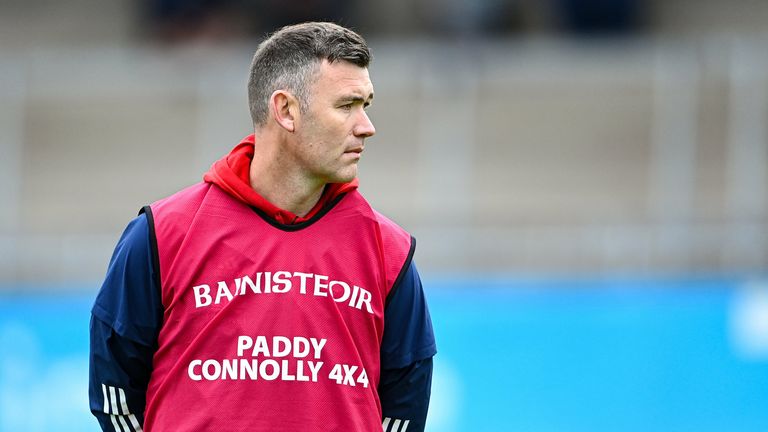 We'd love to go on, play another match or two, and see where we are as regards the best in Leinster.

Cuala would love to test themselves outside Dublin

Whether the powers that be in Croke Park change their stance on the issue remains to be seen.

"The most important thing is to get a good club window in 2020," said Feargal McGill in June, when the decision was announced.

"We could have crammed the club window for county boards if we wanted and open the window, if you like, for provincial and All-Ireland club championships. But we have 1,700 clubs that need to be active. There's only 32 clubs that win a county title.

"It ultimately came down to giving the time to the many as opposed to the few. That's just a hard decision that we have to make, not one we're thrilled about but a hard decision we just had to make."

But on Sunday evening, disappointment was far from the overriding emotion for Maher. It was a satisfaction, as he has now led the Dalkey side to back-to-back county titles, and they put their shock 2019 Leinster Championship loss firmly in the rear-view mirror.

"The St Mullins match was very disappointing last year. But ultimately we were missing four or five key guys going down there, so any club team in the country without four or five of their main guys would be under pressure," he noted.

"Mullins were better on the day and beat us. It wasn't a reference point this year. It was more about this year. And the strange circumstances focused guys' minds more, that a county title was more valuable because, obviously we can't go further now, but we just really wanted to win this, to win it for themselves and the people in the GAA club down in Dalkey."

Watch Inside The Game at 9pm every Wednesday on Sky Sports Arena. You can catch up on this week's episode on the Sky Sports YouTube channel.