JJ Delaney believes Dublin are relishing their chance to avenge last year's shock defeat a the hands of Laois.

15 months on from the Portlaoise ambush which was undoubtedly the story of the 2019 championship, the Sky Blues will be gunning to try set the record straight.

"I think Mattie Kenny would have been very, very happy to see that draw come out," opined Sky Sports analyst JJ Delaney, speaking on Inside The Game.

"When you go into a game that you think you should win, and you come out the wrong end of it, you just want to play that game again as quickly as possible. Dublin have an opportunity to do it now, come Saturday night.

"It's going to be intriguing to see what Dublin comes out. A few of their big players didn't perform last year. Individual motivation will come into play on Saturday too. So they're going to have to try and right that wrong, as a collective unit and as individuals."

Unlike last year, the O'Moore County will not have an 'element of surprise' advantage. So how can Eddie Brennan's charges gain the upper hand?

"The first 10-15 minutes in the game last year, they set the tone," the Kilkenny man recalled. They were three or four points up, but they drove three or four wides as well before Dublin got an opportunity to score. They will have to learn from their experience last year.

"They were ahead all the way through, so they have nothing to fear coming in.

"Laois were very good with their short passing, but they mixed it up, trying to find Ross King in the corner. That was their outlet - when they were hitting it long, it was towards Ross King and he was winning a lot of ball.

"They are going to have to play to their strengths. It's a free shot at Dublin. Why not go out, express yourself and have a right crack at it? They are playing the same team as they were last year."

Positional switches are expected in the Dublin team, as Kenny looks to add bite to the attack.

"They probably lacked that bit of firepower up front, that ball-winning ability, particularly in the half-forward line," noted Jamesie O'Connor.

"The talk is Chris Crummey, who has been absolutely outstanding in the half-back line for Dublin. He is going to be deployed further up the field in the half-forward line.

"Seán Moran might be further up the field. We won't know until the teams take to the pitch and the guys go into their positions on Saturday evening. That is one thing I am really interested in. How is that Dublin team going to line out? And are they robbing Peter to pay Paul? If [Crummey] is at his best, he is one of the best wing-backs in the game." 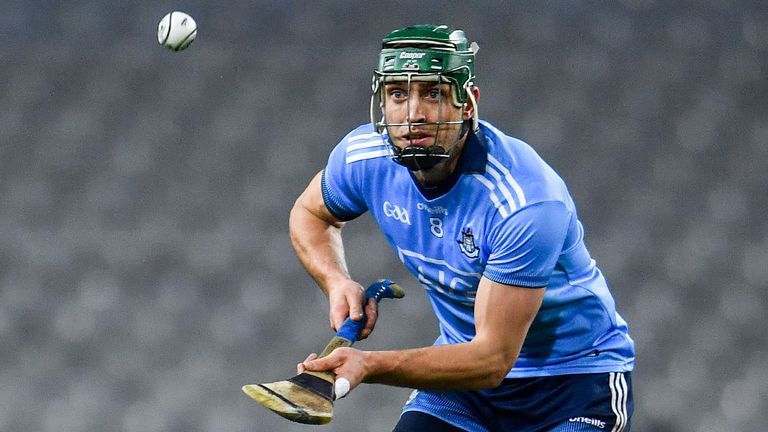 If Crummey is at his best, he is one of the best wing-backs in the game.

O'Connor feels the Lucan man is one of Dublin's main threats

But Ollie Canning is unsure of how effective such a move would be.

"Changing defenders into attackers like that, it probably doesn't give the rest of the panel that much confidence if they feel they have to move the defenders up the field," said the four-time All-Star defender.

"Personally, I'm not sure if it's going to happen. From a Dublin point of view, they may not have played to their powers against Laois last year in the championship, but I think that there is more in this Dublin team. The likes of Chris Crummey is a very, very effective guy in the half-back line. A very strong, physical player. And that's where I would put him."

"I just think Dublin have so much room to improve," said Delaney.

"After losing the game [last year], it's a massive motivation for any individual player. You want to mark the same guy you marked when you lost that game. That motivation alone should be enough for that Dublin team to get across the line. I think they will win it by four points."

"Dublin by six," predicted O'Connor. "But this is not a foregone conclusion. The assumption is that Dublin will be fired up, and Dublin will want to atone for last year. If Laois keep it tight at the back, do what they did last year and force Dublin to chase the game, they have a chance. But for me, it will be Dublin by six and I don't think they will make the mistakes they made last year."

"It would have hurt the Dublin team and management last year, and I feel they will make up for that. I'm going for Dublin by four or five points," added Canning.

You can watch the full discussion in the video at the top of this article. Dublin vs Laois in the Leinster SHC will be live at 5pm Saturday on Sky Sports Mix