Throughout Seamus Callanan's Tipperary career, the backdoor route has been one with which he has been well familiar.

His first encounter with the qualifiers in 2010 was a hugely successful one, as he helped Liam Sheedy's charges bounce back from their Munster Championship defeat to Cork, going all the way to win their first All-Ireland title in nine years.

The qualifiers have been largely kind to Tipp and the Drom-Inch man over the last decade; their sole loss coming away to Kilkenny in 2013.

In both 2014 and 2017, they took the scenic route to work their way into the latter stages of the championship.

But can they rebuild their season in this unique year?

"Look we have to re-evaluate, it's a new journey I suppose a lot of us have been on this journey but that's not to say whether it will stand to you or not," said the 2019 Hurler of the Year.

"If you got a win in your next game, you'd be hoping to build momentum and get going again but it's all about knock out hurling now, backs to the wall and you have to come out fighting.

"Every time you lose, you have to learn and I suppose, the qualifier route - it's all about getting a bit of momentum. Everything is going to be thrown at the next game, it's knockout hurling now. You just have to think game by game.

"Our All-Ireland final is [against Cork] and that's the reality of it. The biggest game of the year is coming...and as I said, we're blessed to have that fixture coming. There's no secret to it now, there's no comfort zones. You just go straight at it and hopefully you can get over the first hurdle and see where that takes you." 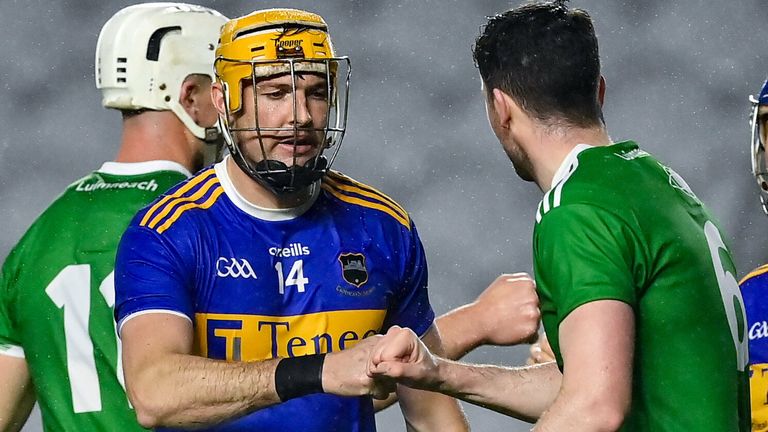 It's all about knock out hurling now, backs to the wall and you have to come out fighting.

The reigning All-Ireland champs suffered a nine-point defeat to Limerick, and there is much to learn from the post-mortem following the Páirc Uí Chaoimh loss.

"We didn't meet the standards we set for ourselves," Callanan reflected.

"We had been happy with our preparation and the performance didn't follow suit.

"We need to get back to the drawing board.

"When you take the likes of the football teams that don't have a second chance, we are very lucky to be still in this championship and hopefully we will get things together."

If Tipp are to retain the Liam MacCarthy Cup for the first time since 1965, they will face a hectic schedule, playing four matches across five weekends. To that end, receiving a bye in the first round of the qualifiers was a major boost.

"This time of year, it is taxing on the bodies so maybe the extra week will be a good thing as well," Callanan noted.

"Either way, we were just happy. We would have played at 6 o'clock on Sunday evening (after the Limerick game) if we had the opportunity. We just needed to get out there and get a game to try and put things right again. We're just glad to be in the championship."

And they would relish the opportunity to set the record straight against the Treaty.

"Limerick are a savage team, they are favourites for the All-Ireland and I suppose it's a well-earned tag at this stage because they are a serious, serious team," he remarked.

"It will take a huge performance from any team to stop them at this stage. Our journey is different now to Limerick's, we have to go a different road to them and please God down the line we might see them again, but we have an awful lot of work to do before any of that comes into the picture."