Joe Canning on social media dangers: Galway hurler says 'everybody on Twitter thinks they know you'

Galway and Portumna hurler Joe Canning gave his thoughts on social media this week, lamenting a 'free-for-all' on Twitter, and noting that playing intercounty was easier before such websites rose to prominence.

Joe Canning has described the challenges for elite athletes, in an era of social media where "everyone thinks they know you".

Playing sport at an elite level requires athletes to negotiate several challenges off the field, a more modern one being the minefields of social media.

There are countless examples of criticisms of on-field performances going too far in recent times. Earlier this week Ireland international and Brighton footballer Aaron Connolly deleted his Twitter account after receiving abuse on the platform, in the wake of a match he played for the Seagulls.

Speaking on The Connolly Motor Group Podcast, Canning said it is an aspect of life to which he had to become accustomed.

"It was a lot easier," said Canning, reminiscing about his time as a Galway player before social media grew into the phenomenon it is today.

"That's just life. People say 'why are you on it if it affects you?' But everybody is on it. You're not just on it for GAA circumstances or anything like that. You're on it because it's a social thing now, people seem to communicate more that way unfortunately than any other way.

"When you're doing well, it's good to look at social media. But when you do bad, it's not the best place to look at straight away.

"Everybody seems to have an opinion. It's like, I saw the other day, Ricky Gervais on Twitter actually, he was saying 'you don't have to have an opinion on everything'. It's like going into a town park and you see guitar lessons [advertised]. You don't ring up the person and say 'I don't want guitar lessons'! It's none of my business. Sometimes you have to keep your own opinions to yourself. It doesn't really relate to you.

"Unfortunately the way Twitter especially is gone, it's kind of a free-for-all, and everybody thinks they know you." 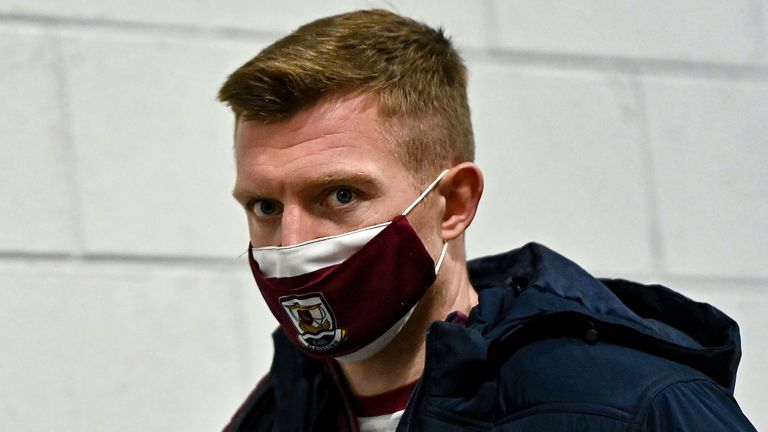 When you're doing well, it's good to look at social media. But when you do bad, it's not the best place to look at straight away.

Nonetheless, after more than a decade as one of the country's top hurlers, he knows it is part and parcel of life as an intercounty hurler.

"I'm at the age now where I've seen it all before, so I can take it with a pinch of salt," he said.

"But it's a lot more difficult for a young guy coming on the scene that maybe it's their first or second year, and maybe they make a mistake in the game, and people write about it after that. But who hasn't made a mistake in any walk of life? Not just in sport.

"If hurling, or any sport was easy, anyone would be at it. So we're very lucky that we have the skills to go out on the field, have the composure and the skillset to represent Galway at the elite level. So not everybody can say that. And 90% of the people that's talking to you on Twitter can't say that. You kind of have to talk about those things too.

"It is what it is. That's the world we live in at the moment, I'm afraid. We just get on and deal with it."