The dominant talking point emanating from the weekend's hurling action is the penalty controversy in Tipperary's win over Clare on Sunday.

Aidan McCarthy was penalised in the second half for a challenge on Jake Morris near the sideline, just inside the Banner's 20-metre line.

Referee James Owens deemed it to be a goal-scoring opportunity, utilising the new rule to award a penalty and send McCarthy to the sin-bin.

The Premier out-scored their opponents 2-4 to 0-2 in the following 10-minute period as they saw out the victory.

"After Dublin and the honesty of their performance, to what Kilkenny and Wexford served up on Saturday evening, to the resilience Limerick showed given they didn't have their A-game in Thurles. Then we had a brilliant first half of hurling on Sunday in the Gaelic Grounds, it's really disappointing that we are talking about what was the worst decision by a mile of the weekend," said Sky Sports pundit Jamesie O'Connor.

"It was an inexplicable decision really. Obviously, there is huge controversy, when all those great things from the weekend that we should be talking about are relegated to second place. That's the disappointing thing.

"I was in the Gaelic Grounds. I had an absolutely perfect view of where it happened. I was shocked. It was five yards from the sideline. I couldn't believe that James Owens thought it was a goal-scoring opportunity.

"You could adopt the line that every time Tipp have the ball, there's a goal-scoring opportunity, given that's their mindset.

"But Cathal Malone was getting back, there was plenty of other cover back.

"It was so wrong and out of kilter, the injustice of it and it was such a bad call, I think that it had a bigger effect on Clare than it should have had. I want to qualify - it happened and it was clearly an atrocious call - but Clare didn't manage the 10 minutes well. Tipperary did, and they took maximum advantage of it.

"Kilkenny limited the damage when they played with 14 men in extra-time on Saturday.

"Clare, we've got to stop feeling sorry for ourselves pretty quickly. What happened has happened, and we've really got to build on the good things that were there.

"You could see the frustration in Brian Lohan afterwards. It was just a mind-boggling decision.

"It wasn't like the Tipperary players were clamouring for a sin-bin."

The two-time All-Ireland winner with Clare feels the new rule is a fair one, but feels its application on Sunday was incorrect.

"Brian Lohan said it. There's no problem with the rule. We all get why the rule was brought in, to avoid the egregious situation where someone is taken down, and cynicism is made to pay," O'Connor continued.

"But it says the referee should take into account where the foul occurred, the foul occurred five yards from the sideline. On a wet, greasy day, I think the player (Aidan McCarthy) was making a genuine effort to play the ball. He mistimed it and he got it wrong.

"You suddenly see James Owens with his hands apart on the edge of the square, I think everyone thought it was a ludicrous decision."

The rule was introduced at the GAA's annual Congress in February, after receiving broad support. A majority of 61 per cent of delegates voted in its favour. Leinster GAA chief Pat Teehan was among those to support it during the convention, warning cynical fouls were "becoming an acceptable part of our game", with Offaly GAA chair Michael Duignan also arguing it would help to preserve the art of defending.

"I'm very happy this rule wasn't in when I was playing, I would probably be sitting down more than I would be playing," joked the Kilkenny great.

"I think the punishment doesn't fit the crime. [Against Waterford] Aron Shanagher got fouled just inside the 21, 100 per cent it was a foul. But he got advantage: he got a shot away on goal, and he got a penalty, and he got the sin-bin. For me, he got three advantages for the one strike.

"If Aron Shanagher had gone on to score the goal, Waterford would have been in the better position because Shane Fives might not have got the sin-bin, it would have been 15 against 15 for the next 10 minutes. It was only four points in the game at the end of it. What would have happened? We don't know. I just think it's too harsh a punishment." 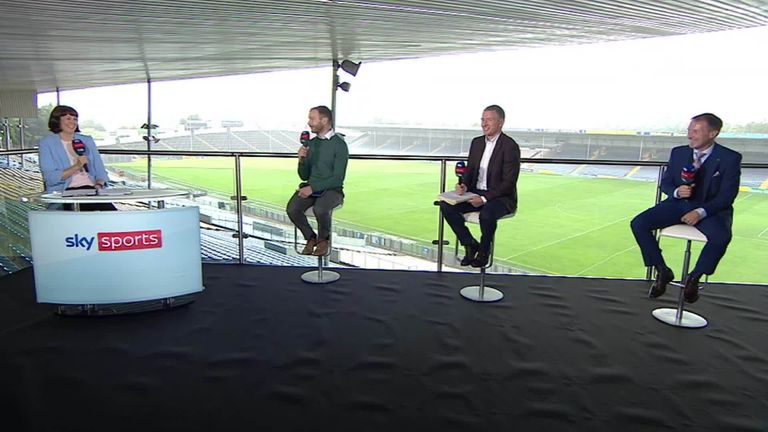 Canning was in agreement.

"It's very difficult to word that rule to encompass everything that can happen on a hurling field. It's such a fast sport, players are moving so quickly," he outlined.

"It's not easy. I think a cynical one is where a full-forward rounds a full-back, and all he's got to beat is the goal-keeper in front of him, and he is hauled down to the ground. That is definitely a penalty. But all other circumstances, the referees have to be very, very sure that it's a clear, one-on-one goal-scoring opportunity. And if it's not, I believe that the punishment is too severe for the foul."