Wexford GAA are on the lookout for a new hurling manager, following the departure of Davy Fitzgerald: "The main reason for this is down to the six-hour round trip from my home in Sixmilebridge, which I have done for the last five years."

Davy Fitzgerald has stepped down from his role as Wexford senior hurling manager after five years.

The former Clare goalkeeper's final match with the Yellowbellies came with a 2-25 to 2-22 qualifier defeat to his native county earlier this month.

Fitzgerald brought significant success to the Model County during his tenure, peaking in 2019 with the team's first Leinster title in 15 years.

"I have informed the county board that I will not be in a position to continue in my role as Bainisteoir of the Wexford Senior Hurling team," he said in a statement on Friday morning.

"The main reason for this is down to the six-hour round trip from my home in Sixmilebridge, which I have done for the last five years.

"I have never felt closer or happier with any team in all my years coaching and I thoroughly enjoyed every second of my five years in Wexford.

"It has been an absolute privilege and an honour to have worked with every one of the players during my time in Wexford. There were ups and downs, highs and lows, as is the nature of sport, all of which was experienced with a sense of collective pride and enjoyment." 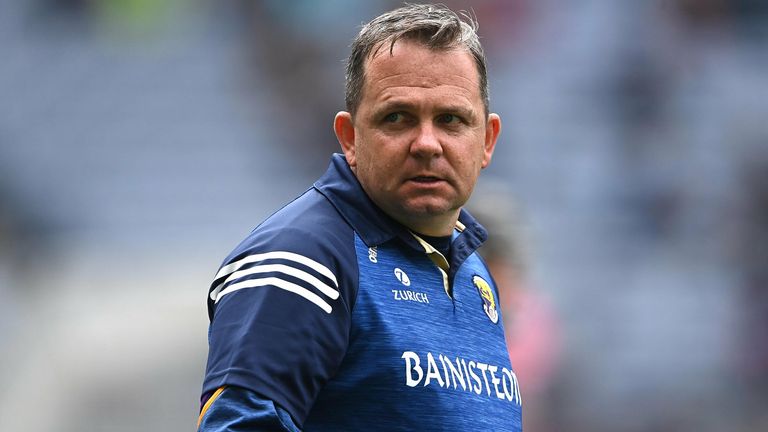 "The main reason for this is down to the six-hour round trip from my home in Sixmilebridge.

Fitzgerald has faced the long commute for five years

"To the players, county board, clubs and people of Wexford, I wish to thank each and every one of you for playing no small part in every enjoyable second of the journey," he continued.

"From the first meeting in Gorey in October 2016 to last Saturday week in Thurles you have all made me feel so welcome, supported and proud to be involved with Wexford. On behalf of myself and my backroom team I wish to thank everyone associated with Wexford GAA for everything over the last five years and I wish you all the very best for the future. Le Croí agus Lámh, Davy."

The Bob O'Keeffe Cup triumph two years ago ensured Fitzgerald completed a remarkable sweep of every intercounty honour in the game as a manager, having previously won National League, Munster and All-Ireland titles during his stints with Waterford and Clare.