Cork vs Limerick: A tale of two cities as All-Ireland finalists base success on urban foundations

As Cork and Limerick prepare for the All-Ireland final, we examine how the growth of hurling in their respective urban areas has driven their success at senior inter-county level; watch Cork vs Limerick live on Sky Sports Arena from 2:30pm Sunday

It is the best of times for both Cork and Limerick.

Hurling does not get any bigger than All-Ireland final day.

For Cork, a bold new era beckons. Victory on Sunday afternoon would not only herald the end of a 16-year wait for Liam MacCarthy to return to Lee-side, but also mark the dawn of what appears to be an inevitable spell of dominance. Throw in the 2020 and 2021 U20 All-Ireland titles achieved this summer, along with the possible addition of a minor crown on Saturday night, and a Rebel tide is seemingly rising.

A win for Limerick, meanwhile, would confirm this team's status as the greatest ever produced by the county. And a second consecutive title would open up a world of possibilities for the years ahead.

One common theme in the two rivals' respective ascents has been the prevalence of an urban foundation. So how have the two cities driven the senior county teams?

Amid the post-mortems and head-scratching following the Rebels' championship defeats and lack of under-age success over the past decade, many pointed out how hurling in the city was not pulling its weight.

Powerhouses such as Glen Rovers, Blackrock and St Finbarr's, clubs which so often backboned the county team's successes down through the years, were not represented as heavily as they once were.

Of course, the contributions of hurling strongholds of East Cork and elsewhere were always welcome, but many felt that in order for the Rebels to succeed, a strong base from Seandun clubs was needed.

Between 2004 and 2015, no city club claimed the county title, making it the longest run since the competition's inception in 1887.

That has changed in recent years, however, with Glen Rovers claiming successive crowns in 2015 and 2016, while Blackrock ended an 18-year wait in 2020.

And the urban conveyor belt is back operating once more. The 'Glen', the 'Rockies' and the 'Barrs' are all producing for this coming Rebel wave, with Robert Downey, Alan Connolly and Conor Cahalane all making significant strides in Kieran Kingston's panel in 2021. That's not to mention a growing force in Douglas, along with a host of other city clubs.

"I suppose it can't be bad anyway," commented Cork captain Patrick Horgan earlier this year, when asked if city clubs' success is a positive for the county team.

"There are unbelievable players in the city clubs at the moment. Probably better than there has been for the last 10-15 years anyway, easily. I'm not sure when the last time the city clubs were as competitive as they are now and if you look at the Barrs, the Glen, Blackrock, Douglas and there's others there as well, Na Piarsaigh, all really competitive and that's really good to see from the city."

Limerick City might lack the hurling tradition of Cork, but it is nonetheless a driving factor in the county's success at present.

Given Munster Rugby's prominence over the past 20 years, much of the city was given to an oval ball persuasion.

But the GAA community has developed strong urban roots in recent years, and it has helped to drive this golden era for Limerick hurling.

Na Piarsaigh's breakthrough was significant. After claiming their first county title in 2011, the Caherdavin side then went on to become the first Limerick club to win an All-Ireland title in 2016.

Ardscoil Rís claimed five Harty Cup triumphs between 2010 and 2018 - the most any school has ever won in a single decade in the prestigious Munster competition.

But work began at a lower base. And those fruits began to bear results.

"It was the first thing where there were guys from different schools across Limerick City," O'Donoghue recounted earlier this year when asked about that victory.

"I suppose when you look back, that was probably around the time Munster were winning Heineken Cups and were huge on that scene. I think rugby was probably never bigger in Limerick than it was back then.

"That was 13 years ago, it's not like Limerick hurling has been an overnight success. I think the work that Limerick GAA and schools in Limerick have done for hurling has certainly driven that trend towards hurling which is where we've arrived now.

"We didn't get here all of a sudden. It was kind of backboned by schools like Castletroy and Ardscoil Rís and other schools like that. And also the whole primary school scene, the Mackey Cup, and the Limerick Leader Cup and all of those things. They all feed into where we are now.

"That's the type of work that drives hurling in terms of its popularity and its uptake within the city to where it is at the moment. Obviously now it looks fantastic because the senior team is winning All-Irelands. But to get to a point like that you need to be doing all that type of groundwork to get to a position like that."

And O'Donoghue benefited from the rising hurling tide in the city.

"In JFK (primary school) we managed to win the U10, U11, and U13 so that was a brilliant starting point in terms of competitive schools hurling," he recalled.

"And obviously going into Ardscoil Rís then where you're mingling with guys from different clubs and different backgrounds and stuff. I think that schools' hurling is a brilliant education for a lot of kids in terms of the social aspect but also in terms of hurling development as well.

"I was fairly lucky with the whole demographics and what not of it all. As insignificant as it might seem, winning the three competitions we played in JFK, to get a taste for winning in competitive sport is huge. And to go into Ardscoil where you compete in Rice Cup, White Cup, Dean Ryan, Harty Cup finals and to be part of squads like that it's huge exposure to what a level up would be like.

"We had a lot of the lads coming on the scene a few years ahead of me with the Na Piarsaigh senior team who would have gone through the exact same thing. I'm pretty sure Caherdavin won four Ola Cups in a row and as insignificant as that Ola Cup may seem back then, if you look at the Caherdavin team from when Kevin Downes would have been playing, a lot of them would have been on the first Na Piarsaigh team to win a county title. So it's mad the correlation between the two and how important it is." 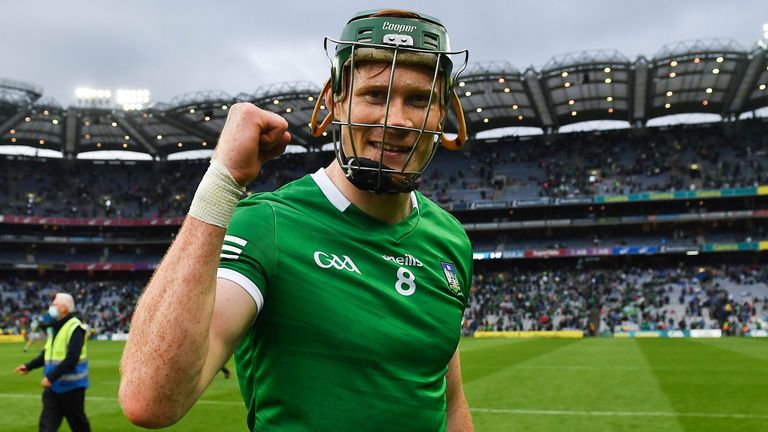 It's not like Limerick hurling has been an overnight success.

O'Donoghue knows the work which has gone in

And hurling has gripped what is a sporting city.

"It's huge in the city at the minute," O'Donoghue said. "I think it's huge in the county of Limerick at the moment. Any time you have a team that are competitive and winning and giving people something to talk about and support, the people of Limerick are more than happy to get behind it.

"You even think back to the time of the great escape in the soccer (2015 League of Ireland season) and how many people wanted to support the soccer and get behind them. I just think that if you give the people of Limerick something to support and put principles behind it that they can stand by and support and align themselves with, you're going to get fantastic support from the people of Limerick which is something that we're very proud of.

"We're aware of the happiness we've brought to an awful lot of people over the last few years and this year especially with it being such a difficult time for people. I would say hurling is huge in the city at the minute, there is a great buzz and long may it last, it's a fantastic outlet for people."

Whether the Liam MacCarthy Cup returns to the banks of the Lee or settles in once again on its Shannon-side abode after Sunday, there is no doubting that the victors' triumph will have deep foundations in their respective city.