Hurler of the Year 2021: Contenders for the top individual award ahead of the All-Ireland final

We assess the contenders to be named Hurler of the Year for 2021, with one game left in the championship. Watch Cork vs Limerick in the All-Ireland SHC final, live on Sky Sports Arena from 2:30pm Sunday.

With one match left in the 2021 Championship, who is in contention to be named Hurler of the Year?

The 2018 winner is right in the hunt once more, after another stellar season in the green of Limerick.

The Patrickswell man was the Treaty's driving force in the Munster semi-final. In a match when Limerick's attacking protagonists failed to fire, Lynch was at his brilliant best. Similarly against Tipperary, he carried the fight when things were going against John Kiely's charges in the first-half.

He did not quite need to bring his A-game against Waterford, but nonetheless hit three points from play. When Limerick have found themselves in a hole this season, Lynch has been the one to dig them out.

The Kildimo-Pallaskenry star has taken another step up in 2021. Since his switch to wing-back, he has gone about redefining the position.

When needed this summer, Hayes has produced some clutch scores, finding the net against both Cork and Tipperary at key moments.

His appetite to pour forward has given the opposition real headaches, and he is a handful for any defence.

If he produces another big showing on Sunday afternoon, he could be in line for the award.

If Cork win an All-Ireland on Sunday, Patrick Horgan will have made an enormous contribution. The Glen Rovers sharpshooter has hit 0-42 so far this year. Six of his 0-15 tally against Kilkenny came from play, while his outrageous score from his knees against Clare is perhaps the standout score.

The 33-year-old has brought consistency to a deadly Rebel attacking unit, and defenders needing to keep an eye on the Cork captain has made space for other runners.

But it is Horgan who is leading the scoring charge. He will certainly be in this conversation should he produce another significant tally on Sunday. 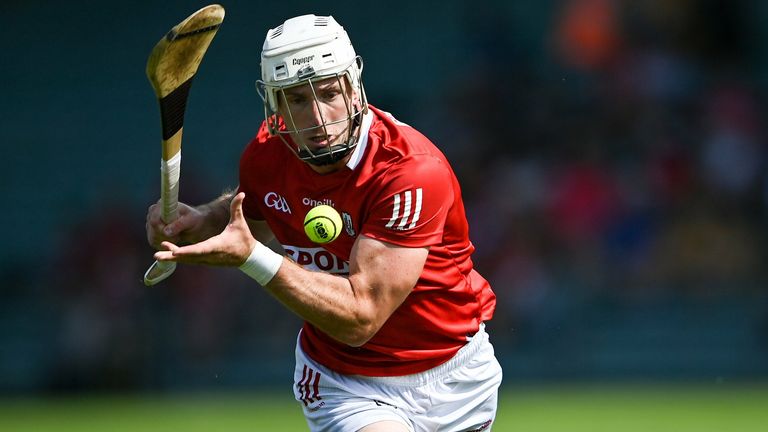 Four into three doesn't go, with Graeme Mulcahy, Aaron Gillane, Peter Casey and Seamus Flanagan battling for starting berths in the Limerick full-forward line, and it was Flanagan who missed out for much of 2019 and 2020.

However, he has raised his game this year and has ensured he is un-droppable in the eyes of John Kiely.

He has notched 1-9 from play across the three games thus far, and has brought a ball-winning presence at full-forward.

If he produces a big performance in the decider and finds the net, Flanagan could be among the front-runners come awards season.

The Newtownshandrum star has been fulfilling a similar role to that of Kyle Hayes in the half-back line. His marauding run up the field against Dublin resulted in a goal, and he was named man of the match in that contest.

There has been debate in recent years as to where Cork should play O'Mahony. But Kieran Kingston has given him a role in which he has thrived this summer.

Although his error led to the concession of Kilkenny's late equalising goal in the semi-final, he showed the leadership and composure to play a starring role in extra-time and drive the Rebels into the decider. 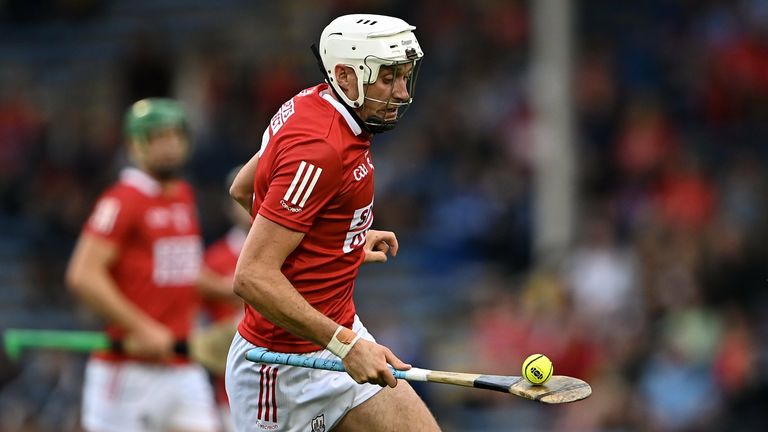 The Douglas star was dropped to the bench for the All-Ireland semi-final. This was despite hitting a goal in each of Cork's three championship games up to that point.

However, he gave a loud message to his father with a stunning display off the bench against the Cats, scoring 0-7 and swinging the tie in the Lee-siders' favour.

There is a debate over whether he should start the final, or be kept in reserve as an impact substitute once again. If he is to be in the reckoning for Hurler of the Year, Kingston will likely need to start, and produce another man of the match performance.

🗣️"It's going to be an interesting week in the Kingston household..."

📺Tune into Inside The Game on Sky Sports Arena now! pic.twitter.com/oaruzoRMLk

Morrissey didn't have his greatest day at the office against Cork in the Munster semi-final, and was the first player to be substituted.

But since then he has produced two remarkable displays, hitting five points from play in both the Munster final and the All-Ireland semi-final.

He was right in the mix for the top honour after 2020, missing out to his half-forward colleague Gearoid Hegarty, but the Ahane man could claim the award this time around if he produces another powerful showing at Croke Park.

Finn has been Mr Reliable for the Treaty since 2018, and has been included as an All-Star in each of the last three years. He looks on-course to make it four-in-a-row this season.

The Bruff man has been steady as ever in defence, bringing consistency to the Limerick rearguard.

He will likely be tasked with marshalling either Jack O'Connor or Patrick Horgan on Sunday, and if he can subdue one of the Rebels' main attacking threats, he will cap another fine season for the Treaty.