Amidst speculation that Davy Fitzgerald could be in contention for the Galway senior hurling manager role, Wexford legend Larry O'Gorman opined that taking the job would diminish Fitzgerald's loyalty to the Model County.

Wexford great Larry O'Gorman says that Davy Fitzgerald taking the Galway job would diminish his loyalty to the Model County.

The Clare native stepped down from the Slaney-siders this summer, after five years at the helm during which he led them to a Leinster title.

Fitzgerald's availability has seen him linked with the vacant Galway managerial role in recent weeks. And after reports that Micheál Donoghue has pulled out of the running, the former Banner shot-stopper could be in contention to take over the Tribesmen.

"It would be very strange to see Davy after he leaving us and then he would go to the opposition straight away," O'Gorman opined.

"You would not be calling it great loyalty, to be honest. Davy had done a good job with Wexford over the years but in the last year or two it just ran its legs and he tried to stretch it out as much as possible. 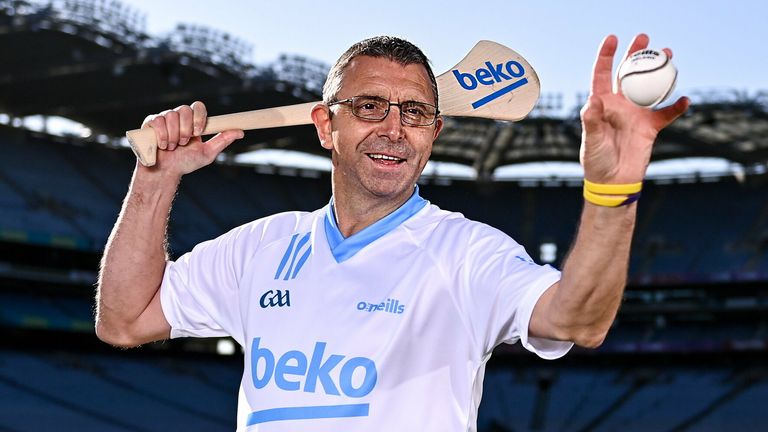 You would not be calling it great loyalty.

O'Gorman would not like to see Fitzgerald go to Galway

"Now that he is gone, he is not in a job at the moment. He said he wants to take a year or two out but who knows, if there is an opportunity for Davy somewhere else… to say one week Davy loves Wexford and the following week then he loves Galway or Dublin so it is very hard to take.

"I think when you move on you want to give it a rest for a wee while. Maybe, go for some other challenge, maybe take over a football county somewhere just to give himself a break from hurling!

"How can you train a team for a number of years and then jump ship to train another team to beat you after you being so loyal to them?"

And O'Gorman feels a native manager is a more proven recipe for success.

"The great managers of the past, even at the moment with Brian Cody and Jim Gavin, Sean Boylan, Mick O'Dwyer, these great managers who were just loyal to themselves and to their own county people. Okay, Micko moved onto Kildare and Laois and Wicklow but in general most counties are successful with their own managers," he noted.

"Personally, I think there should be someone within your own county good enough to take it over, whether it is hurling or football. In general, I can't understand why so many fellows go further afield now."

Nonetheless, O'Gorman is optimistic around the arrival of Tipperary native Egan as Wexford boss.

"Darragh Egan's name wasn't heard of. Brendan Cummins' was mentioned, William Maher, who was involved with my own club is a great hurling guy, he was also mentioned.

"But no one knew about Darragh Egan, we didn't know much about him. I know he was in the [Tipperary] backroom team with Liam Sheedy. It sort of came out of the blue.

"No one really knows much about him and maybe that is the best thing could happen to Wexford - a guy that comes in fresh, who we know very little about, and he might bring a whole new life to hurling in general. Maybe he will have new ideas and new plans and maybe so that it will be just about Wexford rather than being about the manager that takes over.

"For some reason, it just seems we are improving a little bit once we get outside managers. There are no strings attached with anyone, with players tied to in-house managers and stuff like that. Having an outsider coming in could be a blessing, that he comes in with a clean slate.

"I think now that Davy is gone, the hype brigade in Wexford over the last three years is done and dusted. It is time to start from scratch.

"It is going to be two years at least to get the ball up and running, but he is a good hurling man and has a great knowledge of the game."

Larry O'Gorman was speaking at the launch of the 2021 Beko Club Champion.