Sky Sports analyst Jamesie O'Connor reviews the All-Ireland Hurling Championship semi-finals, pondering if the gap behind three-in-a-row chasing Limerick is closing and if Kilkenny are equipped to take them on in the final.

Looking at how Limerick put Cork and Waterford to the sword at Croke Park last year, and how dominant they were in 2020, it is clear chasing pack has closed the gap.

Clare showed that in the Munster final, and Galway pushed the Treaty all the way in Sunday's All-Ireland semi-final.

Kilkenny will take real heart from that ahead of July 17. 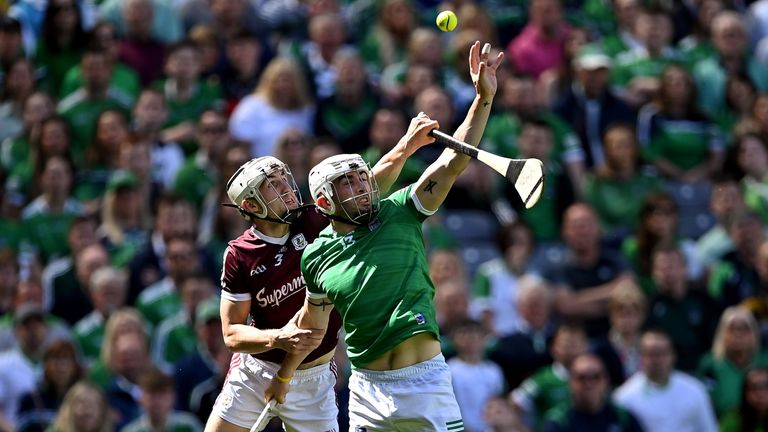 There's a finite amount of energy in every team. When you have won three All-Irelands in four years, some of the intangibles might wane.

The desire and the hunger to do the things that need to be done, when push comes to shove, will you really have the same resolve compared to when you're trying to win your first or second title?

Nonetheless, Limerick have found the answers every time this year. And they have done it when they're not playing well.

They had to do it without reigning Hurler of the Year Cian Lynch for most of the summer. 2021 All Star Peter Casey too. The fact that they were brought on against Galway shows just how serious John Kiely thought the situation was. It was all hands to the pump.

In fairness to the Munster champions, they have found the answers. But there is another stiff test coming down the line. Kilkenny have wanted Limerick from a long way out. They want a crack at the champs.

Given how well the Cats played on Saturday, the reigning champs will have to go to the well once more.

I think the Limerick players know that, and they themselves feel that they have unfinished business from 2019.

It's set up nicely for two weeks. 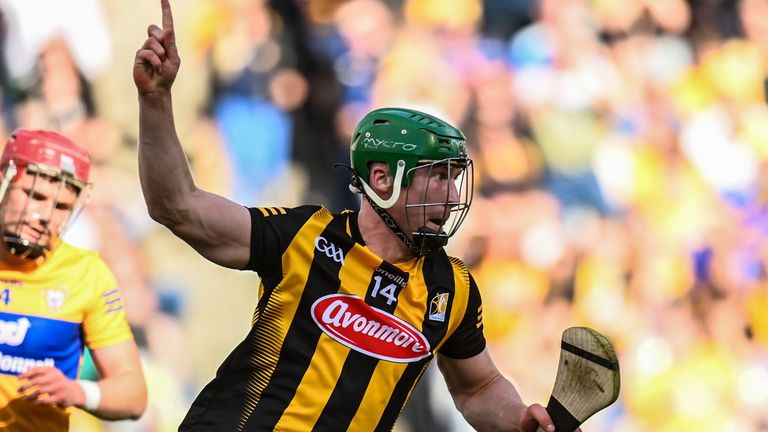 Ever since the GAA moved the All-Ireland semi-finals onto one weekend in 2018, it has been a festival of hurling. And the games in the penultimate stage have invariably delivered in recent years.

That's what made Saturday night so disappointing. But Sunday's match rescued the weekend.

It was a cracking game, end-to-end excitement. Limerick had to dig deep, but that's exactly what they did.

Galway won't have the same regrets as Clare, because the Tribesmen left it all out on the field. It just wasn't good enough on the day.

The four-week break was a God-send to both Limerick and Kilkenny.

The Cats had six matches in the space of seven weeks during the Leinster Championship.

There's a fatigue factor which develops, and you need a break for energy levels to come back up. The break also facilitates getting a block of work done in terms of training matches.

During the round robin, players don't have the opportunity to show they are coming into form at the right time and get the attention of the manager.

Cody has always placed huge stock in those training games in Nowlan Park.

It has worked in the past. Nobody has got that winning formula down to a tee quite like the Kilkenny manager. They were up for the match on Saturday. Their touch and sharpness was top class.

In contrast, the Banner were flat-footed. Kilkenny feasted on Clare mistakes and errors, many of which were unforced.

They had 1-17 on the board by half-time, and it wasn't far off a perfect performance.

The Nore-siders only allowed one starting Clare forward to score from play in the first half.

There were so many things that Kilkenny got right, and they'll need to do that again in two weeks' time.

Brian Cody will have studied Limerick, and probably has a dossier put together on what is required to beat them. And maybe Galway exposed one or two Limerick weaknesses that Cody will look to exploit.

Kilkenny are headed in the right direction, and are heading for the All-Ireland final feeling they have every chance of winning.