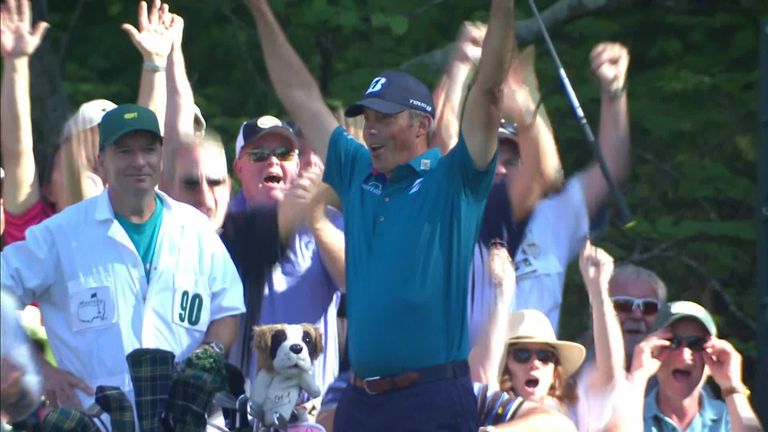 Justin Thomas and Bryson DeChambeau are two of the most recent additions to the Masters hole-in-one club, joining an illustrious group of names to make an Augusta ace.

Both players holed a tee shot at the par-three 16th during the 2019 contest, becoming the 30th and 31st golfers to post a hole-in-one in Masters history.

All aces at the traditional opening men's major of the year have come across Augusta's four iconic par-threes, with Ross Somerville making the first hole-in-one during the inaugural contest in 1934.

Masters week: What to watch

It's a #MastersRewind all week on Sky Sports Golf! Here are the key TV times.

Claude Harmon and Curtis Strange are among the other notable names to register a Masters hole-in-one, with the majority of Augusta aces coming the last 20 years and caught by the TV cameras.

Ian Poulter and Jamie Donaldson are among the players in recent years to hole-out from a tee shot, while Shane Lowry was one of three golfers to make a hole-in-one during a record-breaking final round in the 2016 edition.

We've whittled down the best of the Masters aces into an all-time top 10, with Charley Hoffman and Matt Kuchar's efforts in recent years making the countdown!

Who else made the top 10? Click on the video above to see some the best Augusts aces of all time!