The two Englishmen sit on eight-under par alongside Germany's Matti Schmid; Richard Mansell is a shot behind on seven-under; live coverage continues on Saturday from 12.30pm on Sky Sports Golf 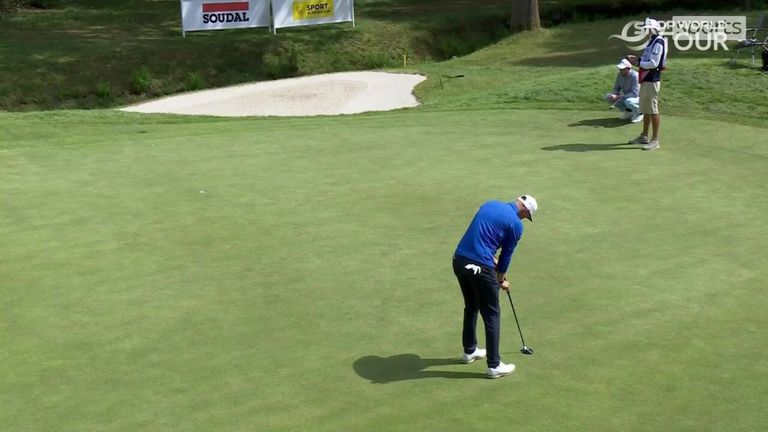 Sam Horsfield holds a share of the lead at the halfway stage of the Soudal Open after a strong showing on the back nine.

The 25-year-old began the day in a three-way tie at the top of the leaderboard but slipped backwards after carding three bogeys and a single birdie on the front nine.

His fortunes improved dramatically after the turn, though, with birdies on the 11th, 14th, 15th and 16th holes which earned him a share of the lead.

A sensational par save followed after he got into trouble at the 17th, and he had to settle for a second-round 69 and an eight-under-par total despite going close with a long-range birdie effort on the last.

Two-time DP World Tour winner Horsfield is relishing the challenge that awaits him this weekend.

He said: "I'm looking forward to it. Every time you are in contention I think it's always a good thing and I think I'll just try to go out there tomorrow and do the same stuff I did out there on the back nine today and go from there."

Whitnell also signed for a 69 in Antwerp on Friday after carding three birdies and a solitary bogey.

Schmid, meanwhile, posted the lowest round of the week so far, making eight birdies and one bogey in his 64.

England's Richard Mansell and Portugal's Ricardo Santos were one shot behind the co-leaders in a tie for fourth. 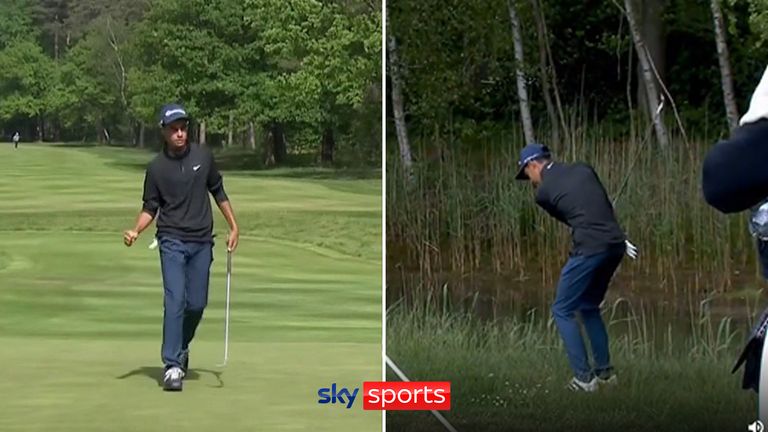 Lev Grinberg's dream DP World Tour debut will continue into the weekend as the 14-year-old amateur comfortably made the cut.

He added a second-round 69 to the 70 he shot on his home course on Thursday to sit five shots off the lead.

At 14 years, 6 months and 6 days old, Grinberg becomes the second youngest player to make a cut on the Tour.

Watch continued live coverage of the Soudal Open on Sky Sports Golf from 12.30pm on Saturday.