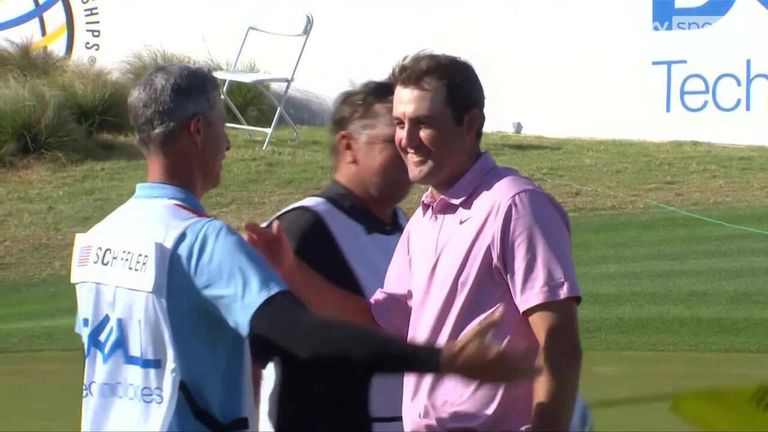 Scottie Scheffler secured a 4&3 WGC Match Play final victory over Kevin Kisner on Sunday, becoming the world No 1 as a result.

Scheffler, who was world No 5 heading into the tournament, beat Dustin Johnson 3&1 in the semi-finals, and then Seamus Power 3&2 in quarter-finals; Kisner defeated Corey Conners to book a meeting with Scheffler in the decider at Austin Country Club.

Kisner joined Tiger Woods and Geoff Ogilvy as the only players to reach the final match at least three times since this World Golf Championship began in 1999. He lost in the showdown in 2018 and won the following year. His record of 23-6-1 on this Pete Dye design, is a winning rate second only to Ogilvy.

At 25, Scheffler's victory made him the youngest winner of the Match Play and it proved an extra-special success as it came in a city he knows well from his days at University of Texas.

"It's a tough week, a long week. I figured out my routine to keep some energy, but I'm pretty worn out right now to be honest.

"It's a dream come true to play in front of my hometown fans here, going to school here. I have some good memories on this golf course, coming out to watch this tournament. I'm pleased to be playing in it, and even more happy to win it."

Scheffler made it into his second consecutive WGC final after he held on to beat Dustin Johnson 3&1.

Scheffler was solid as usual, and Johnson was the worst he had been all week, especially on the green where Scheffler twice missed putts inside 10 feet and still had a 3-up lead through seven holes.

He nearly holed out from the fairway on the 10th, Johnson missed another putt on the 11th and Scheffler was 5-up and on his way. And then it changed.

Johnson won the 12th with a birdie. Scheffler, despite leading 4 up, curiously went with driver on the reachable par-4 13th over a portion of Lake Austin and came up short in the water. Johnson hit it tight on the next two holes, making from 10 feet and four feet for birdies.

He was 1 down and had all the momentum when Scheffler hit his second on the par-5 16th, uphill and into the wind, to about 12 feet. He missed the eagle attempt. Johnson, who was in a bunker, blasted out to 4 feet. But his short putt spun out of the cup, and he never recovered.

"Getting denied here in the final last year was definitely tough and it would have stung even worse having to do that two years in a row but I just kept my head down and kept playing some good golf," Scheffler said.