Tyrrell Hatton hoping to thrive under the Ryder Cup pressure at Whistling Straits after disappointing run; Matt Fitzpatrick says he is now a different player to rookie appearance in 2016; watch all three days of the Ryder Cup live on Sky Sports Ryder Cup from 1pm on Friday Tyrrell Hatton admits his form has not been great ahead of the Ryder Cup, but he hopes to thrive under the pressure at Whistling Straits.

The 29-year-old Englishman, who is making his second appearance for Europe after picking up one point from three matches in Paris in 2018, has missed the cut in four of his last six tournaments.

However, he believes he can still make his mark in Wisconsin as Europe look to defend the trophy against the United States.

"It's a different atmosphere out on the golf course," said Hatton. "You know, I'd like to think that generally when under pressure, in big tournaments in the past that I've played good golf, and this week is obviously no different to that. It's big pressure each day and generally over my career, I think I've been able to play well in big moments.

"I take confidence from that, although my form hasn't been great coming into this week. With the added pressure that comes into it, hopefully that allows me to raise my game to where it needs to be to help this team."

Hatton has been known to have the odd temper tantrum out on the course but he knows he needs to keep that in check as part of the European team this week.

"For me personally, I can't really do that this week because it's almost not fair on your partner," he said. "Like you don't want to then almost essentially bring them down and that's not what we're about. That's not what you do as a team. You're in it together. Obviously, you support one another and go out there and try and play as well as you can.

"It's a special team to be a part of and we're looking forward to the week ahead." 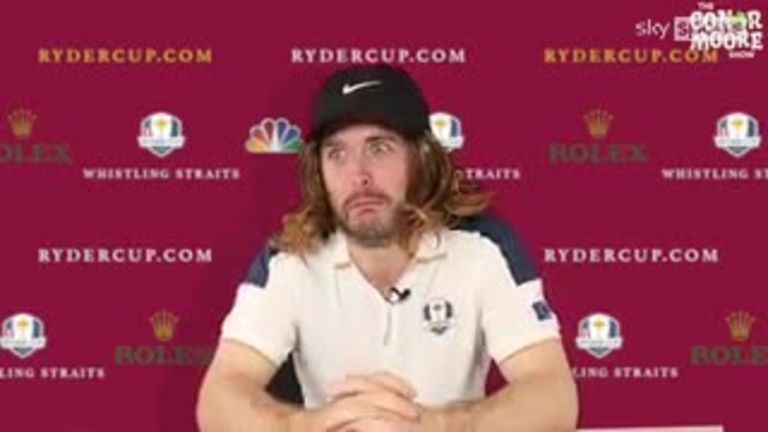 Hatton's fellow Englishman Matt Fitzpatrick is also making his second Ryder Cup appearances after losing both his matches in Europe's defeat at Hazeltine in 2016.

The 27-year-old says he is now a different player and feels much more comfortable as a member of the team. 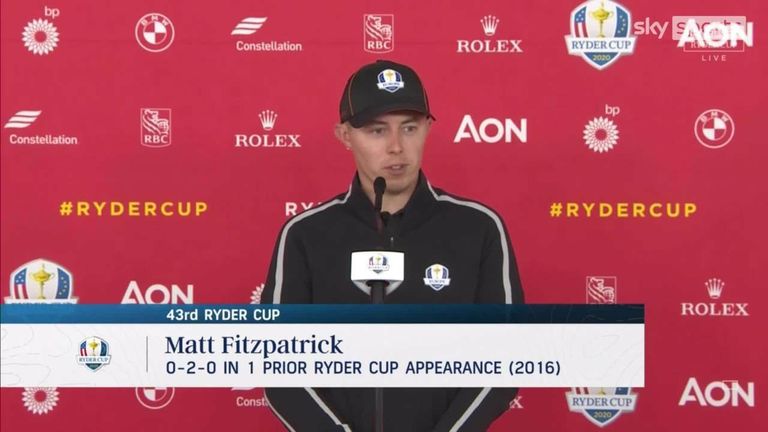 He said: "My game, I didn't feel like was as good as it is now, then. I feel like it's much better nowadays and my game has definitely changed a lot, hitting it further and various other things.

"I also think just knowing the guys in the European Team better. I had only had my card in 2015 and 2016, so I only got to spend a little bit of time with the guys on the team and other players during regular weeks on Tour.

"This is my eighth year I think on Tour, so I know everyone really well now. I think that makes a big difference, being able to feel comfortable, just talking about anything with them, really."

Fitzpatrick was also pleased to discover that Whistling Straits is more suited to his game than Hazeltine as he looks to notch his first win.

"I tried to forget Hazeltine pretty quickly, that's how much I remember it," he said. "It is very, very different. There wasn't much penalty for very wide shots in 2016 whereas here there is a penalty. You've got the lake down most holes and you've got random bushes in bunkers and bunkers that you didn't even know existed.

"It's definitely a different test, and obviously you've got the added wind, as well. The golf course is much better than I thought it was going to be, for myself. So yeah, I was really pleased to see that it wasn't similar to 2016."