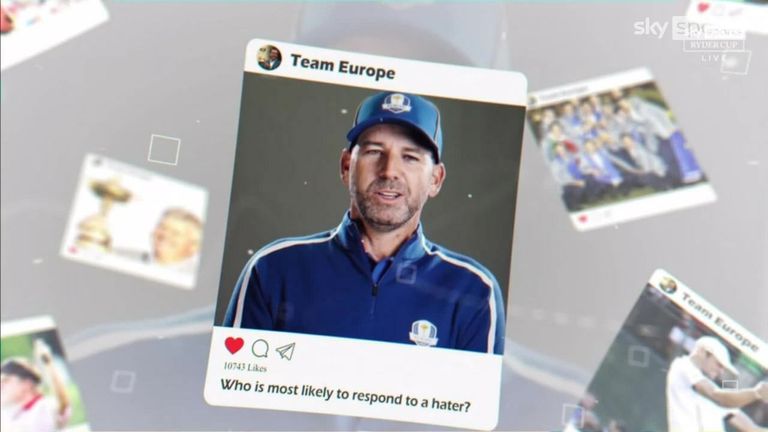 Away from the serious business on the golf course at Whistling Straits, the two Ryder Cup teams took some time to answer a range of unusual questions about their team-mates.

Europe and the United States continued the Ryder Cup tradition in front of the cameras as they responded to a number of questions about social media.

"This is always the fun bit to me," said Ian Poulter as he prepared to be quizzed, with the players asked to reveal all about their team-mates, and funnily enough the Englishman featured quite often in his team-mates' answers.

Who is most likely to post a picture of food and wine on social media and who loves a selfie the most were first up as the players were grilled. 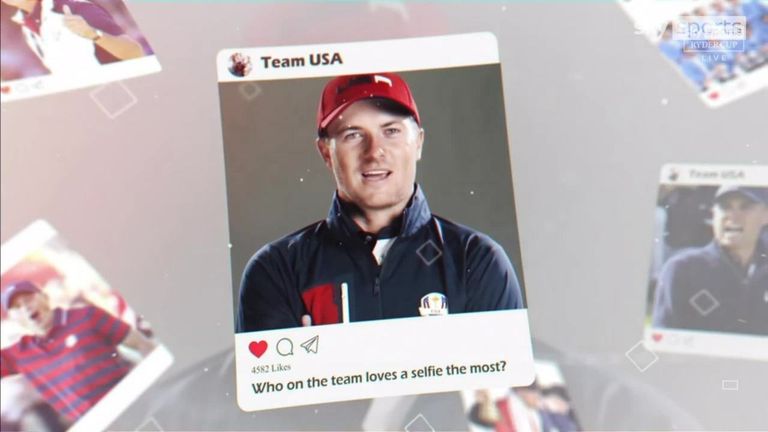 They were also asked who they would choose as their dance partner for a routine on social media and who was most likely to respond to a hater.

You can also find out which of their team-mates they think would make the best podcast host and who they would least like to take over their social media account.

Click play on the two accompanying videos to see the Ryder Cup players have a bit of fun as they dish the dirt on their team-mates and reveal all with some nice answers, some honest responses and also plenty of cheeky ones!