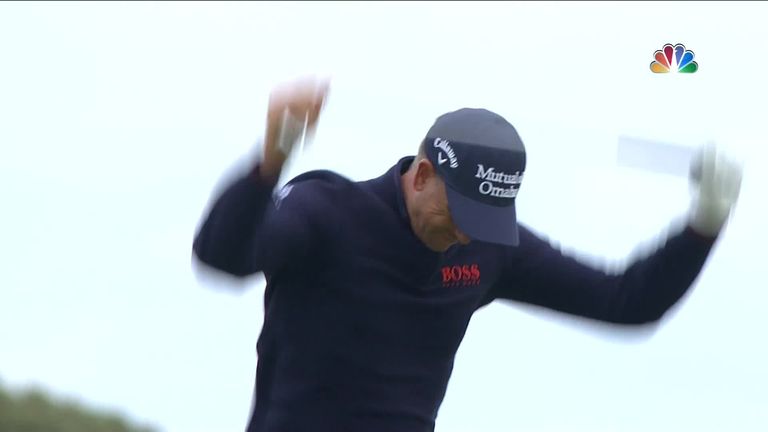 After a horrendous shot on the 17th hole, Henrik Stenson lost his cool and managed to snap his club in half!

Henrik Stenson did not enjoy the best of finishes to The Open and he showed his frustration by snapping a club on the 17th hole at Royal Portrush.

The Swede, who had just bogeyed the 16th, was battling against the wind and rain as he played his approach into the green with a six-iron from 145 yards on the par-four, but he shanked his shot and his ball flew right behind the grandstand towards the 18th hole.

Stenson promptly snapped the club across his leg and marched towards his ball with the two halves of the club held behind his head.

He went on to make a bogey five and also dropped a shot at the 18th as he carded a five-over 76 which left him tied for 20th place on one under.

Stenson later explained what had happened back on the 17th.

"The cap blew off from one of the guys who was scoring with us," he said.

"His cap flew away and the glasses, and I backed off, I went in and obviously leaned on it way too much and shanked it straight into the crowd on the right. So, yeah, that was not the way we wanted to finish.

"I had a really bad finish here and made four bogeys in the last five holes. That stinks."