Watch England and West Indies in the Women's T20 World Cup game between from 7.30am, Sunday on Sky Sports Cricket, Mix and Main Event 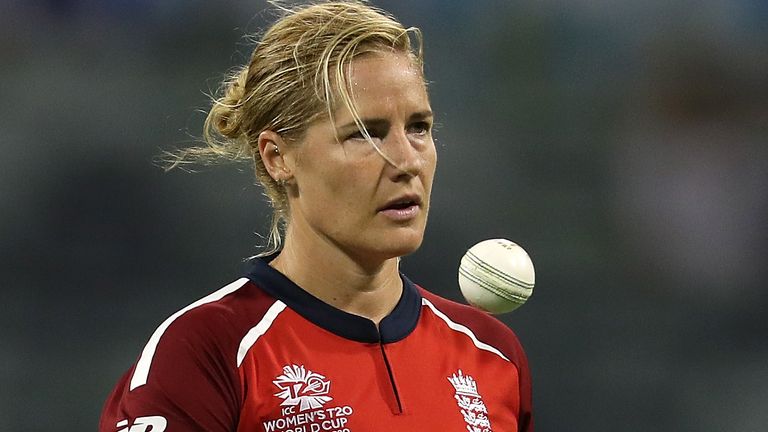 England bowler Katherine Brunt says the team will continue with their "high risk, high reward" approach as they take on West Indies in a crucial Women's T20 World Cup clash on Sunday.

After defeat to South Africa in their opening game, Heather Knight's side have hit back with wins over Thailand and Pakistan and victory against the Windies in Sydney would secure their progress to the semi-finals.

While England will have to adapt to the conditions at the Sydney Showground, Brunt insists they will stick to the principles that have served them well in their last two games.

"It's obvious from what we've seen so far that it is a slow pitch so we'll have to adapt," she told Sky Sports.

"We'll keep being positive, keep bowling to our strengths, keeping it really tight to the stumps, setting good fields and Heather has been brilliant as captain in organising that. It's been really good."

However, Brunt is under no illusions about how much of a threat the West Indies will pose as they aim to add to their success at the 2016 tournament.

"Windies are a funny one because on a good day they are arguably the best T20 team in the world," Brunt said.

"They've got some really big power hitters right the way through, people who can hit sixes from nowhere. On a good day they're a handful and they've won it (T20 World Cup) more recently than us so they'll be quietly confident.

"But from the last couple of games we'll have a slight advantage, I think we've played a lot more cricket in the last couple of months than they have. Tactically we'll go away and think about that with Lisa (Keightley, England head coach) and prepare well for it."

England are currently second in Group B, behind South Africa, who take on Pakistan in the earlier game on Sunday.