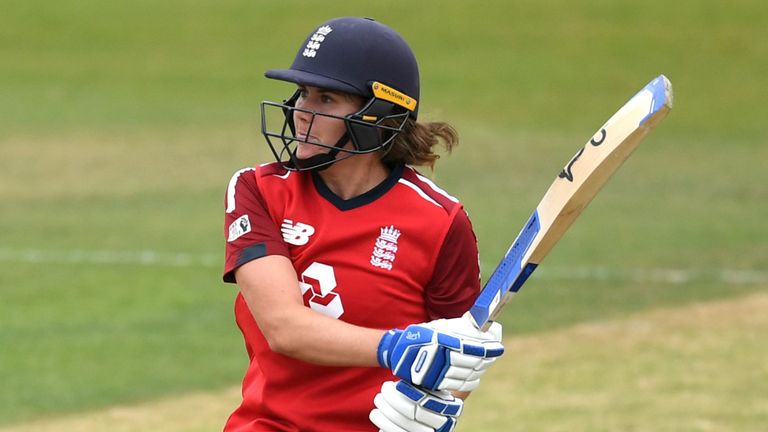 Nat Sciver scored a superb 82 from 61 balls as England Women clinched the series against West Indies with a 20-run win in the third T20I at Derby.

Deandra Dottin's second half-century of the series gave West Indies hope in the chase but when she fell to Katherine Brunt (2-29) in the 17th over, England were on the brink.

They finished the job comfortably enough and take an unassailable 3-0 lead in the series.

Knight won the toss and batted but if the West Indies were disappointed to be chasing again after heavy defeats when doing so in the first two games, it did not show as they made an excellent start with the ball.

Both England openers went early, Tammy Beaumont caught behind off Shamilia Connell (2-13) for one and Danni Wyatt, having already been dropped by Lee-Ann Kirby off Shakera Selman, became Connell's second wicket later in the over.

Sciver and Heather Knight rebuilt from 13-2 and while boundaries were proving hard to come by, they ran well between the wickets and had put on 59 before the skipper fell to her opposite number, Stafanie Taylor. 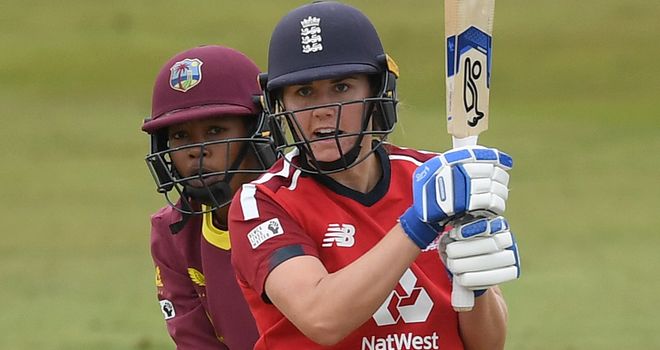 Sciver's 82 was the highest T20I score of her career

Amy Jones fell soon after but Sciver ensured that the momentum was not lost as she went on the offensive and brought up her half-century from 40 balls.

The onslaught continued with back-to-back boundaries followed by a huge six in the penultimate over off Taylor and although Dottin, bowling for the first time in the series, castled Sciver and Brunt in the final over, England had worked their way up to a very competitive total.

Dottin came out firing with the bat and put England under early pressure. Kirby opened with her as the tourists rejigged the batting order but went early, superbly stumped by Jones off a legside wide from Sciver, showing her value with ball as well as bat.

Shemaine Campbelle came in at three but did not last long, caught at mid-off to give Brunt her first wicket but Dottin kept going, with Hayley Matthews for company.

The pair put on 48 but with England managed to keep them in check through the middle overs, the run-rate quickly soared and Matthews (21) was trapped lbw trying to launch Sarah Glenn over the legside.

Chedean Nation (3) was dismissed by Glenn (2-18) in the same manner, bring Taylor to the crease. 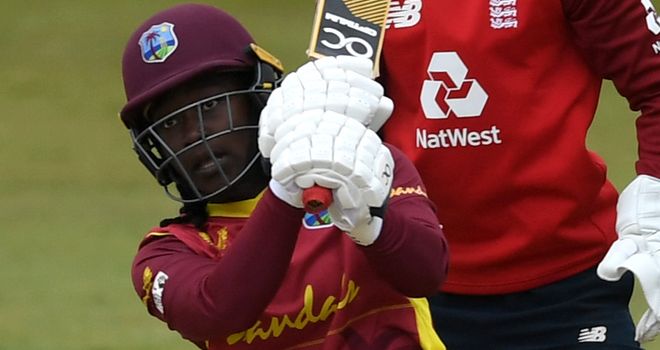 Dottin remained the main threat and was starting to find the boundary with increasing regularity and cruising past 50.

However, just as the game seemed to be heading towards a close finish, Brunt deceived Dottin with a slower ball and Wilson took a good catch at deep backward square.

That effectively ended the game as a contest and England negotiated the last couple of overs smartly to complete the series win.