Michael van Gerwen says he has been inspired by his "big friend" Ronnie O'Sullivan's World Snooker Championship triumph, as the Dutchman prepares to resume his quest for a sixth Premier League Darts title.

O'Sullivan completed victory over Judd Trump at The Crucible on Monday to claim a record-equalling seventh world championship, with the 46-year-old also becoming the eldest player to win the competition.

Van Gerwen has gone three Premier League weeks without a win, but after picking up his second European Tour title of the year in Austria on Sunday, the three-time world champion believes his hard work behind the scenes is paying off.

"It's good to be back to winning ways," Van Gerwen told Sky Sports ahead of Thursday's Premier League meeting in Glasgow.

"I also get a lot of inspiration from my big friend Ronnie O'Sullivan, so he did well and I finally managed to do well too.

"It gives me big motivation. He's been doing it for so many years and of course I want to do it for a long time as well. It takes a lot of doing, but when you're able and your head is right, you definitely can do it."

Even the ambitious Van Gerwen, 33, won the most recent of his three world titles in 2019, admits that tracking down O'Sullivan's seven in snooker is a tall order.

"That would be nice, but it's a bit too far away at the moment," Van Gerwen said. "I think there's more competition in darts at the moment than snooker. 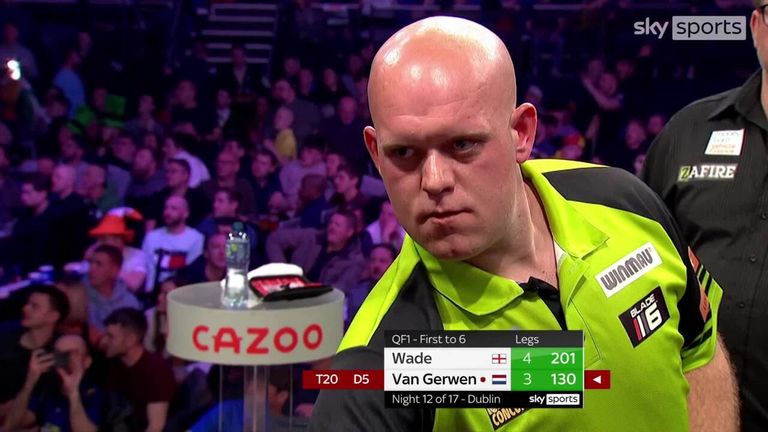 "Of course there's people that can beat Ronnie, but there's not many."

Among the host cities of the four remaining nights of the Premier League season - before June's play-offs - is London's O2 Arena, and Van Gerwen admitted he would be delighted to see O'Sullivan come to watch in the Brit's hometown.

"He's been in the O2 before and to Ally Pally to watch me before," Van Gerwen said. "It's great. He's a huge ambassador, not only for snooker, but for sport around the world."

'Clayton success is quite weird' 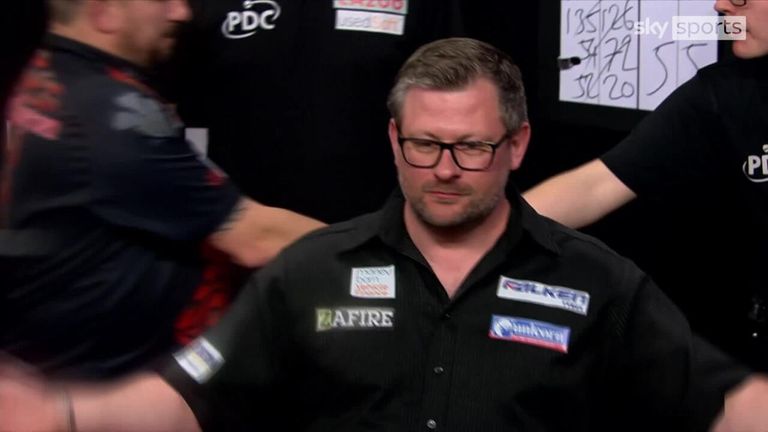 Van Gerwen arrives in Glasgow second in the Premier League standings to reigning champion Jonny Clayton, who was a beaten finalist in Dublin last week.

Clayton beat Van Gerwen in the Aberdeen final on April 21 to join the Dutchman on a competition-leading three wins so far this year.

Both are extremely well set to reach the play-offs, but Van Gerwen appears slightly perplexed by the Welshman's success. 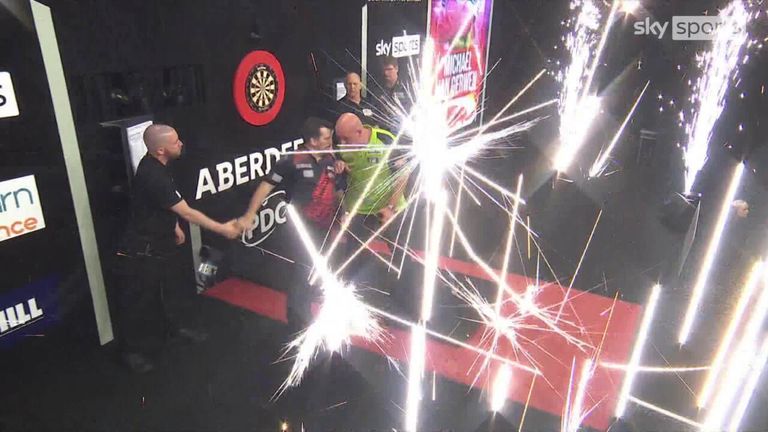 "It's weird. Jonny's a phenomenal player but he's peaking at the right moments so far in the Premier League," Van Gerwen said.

"He had some phenomenal games against me. It's quite weird, but he does really well for himself.

"The most important thing is to make sure you're in the top four, and the top four are doing really well at the moment, seven-eight points clear if not more.

"There's a few more weeks to go so I just need to make sure I win one more or get some more points, and then I'm quite positive I'll qualify for the play-offs."