Without question, the main purpose of Sunday's Survivor Series was to present the NXT roster as a credible threat and to further enhance the reputation of its superstars with the mainstream WWE audience.

NXT now has a United States broadcast deal and the Chicago pay-per-view represented their official coronation as the company's third brand.

Their television episodes may be filmed in front of just 600 people at Orlando's Full Sail University, but this was a clear statement the black-and-gold brand should be taken at least as seriously as Raw and SmackDown.

The cynics will point out NXT is in the midst of their own 'Wednesday night war' against a newly-formed rival promotion and they may actually have a point with such a verdict.

But for years fans have craved the development and presentation of fresh faces in WWE. On Sunday night they got their wish.

Keith Lee pinned Seth Rollins. Shayna Baszler tapped out Bayley. Rhea Ripley - days after going over Charlotte Flair - was a sole survivor in a match which included Sasha Banks and Asuka. Adam Cole was up against an NXT alum in Pete Dunne but still beat him in a match specifically designed to showcase his skills.

Such booking decisions are loud and clear statements of the high regard in which WWE views their talent in NXT. Given her unique size and look, it is almost certain the 23-year-old Ripley, for example, will be a big part of the company's future. Do not forget she also pinned Baszler at NXT War Games on the Saturday night.

As an interesting aside, Ripley will still be younger than Baszler is today at the time of WrestleMania 50. Time is very much on her side.

However, did the minting of these new stars on the grand stage of a big-four pay-per-view come at a cost to the more established names on the roster?

Given her recent presentation as a cowardly heel, Bayley can probably just about come through a tap-out loss to Baszler relatively unscathed, but she will need to get her heat back with some strong SmackDown outings in the next few weeks. 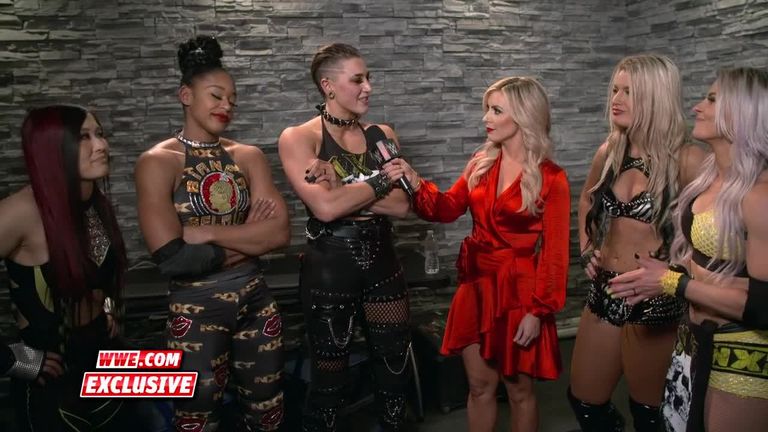 Rollins is enough of a star that he can absorb a loss to Lee, especially in the context of a multi-man match; hardcore British fans will hope the same can also be said of WALTER, who was frustratingly the first man eliminated despite being presented as a veritable monster in NXT UK.

That's the thing with wrestling: for someone to win, to look strong and to enhance their reputation, almost the opposite has to happen to the person they defeat.

This weekend had its peaks and valleys...

But the support has been unreal. Thank you to everyone. For the kinds words and support. It means so very, very much.

But Chicago....you get a special shoutout. I felt you in my *SOUL* I don't intend to let you down again. pic.twitter.com/UoB54WmknA

At Survivor Series, the balance was just about right. The best way to measure that is probably in the post-event response, which has all been about the emerging new stars and not the men and women who laid down to allow them to collect their victories.

A new era dawned in Chicago on Sunday night and while British fans may have to wait a while before the see Keith Lee or Rhea Ripley away from their NXT base, it is surely only a matter of time before they are thrust to the very top of the company.