Luka Doncic and Trae Young competing with each other at elite level, says John Collins Atlanta Hawks forward John Collins said he is excited by the way his team-mate Trae Young and Dallas Mavericks star Luka Doncic are competing with one another.

Doncic and Young are two of the NBA's brightest young stars and will be forever linked because of their entrance into the NBA at the 2018 Draft.

Doncic and Young then become the leading contenders for the 2019 Rookie of the Year award with the Mavericks' Slovenian star ultimately winning the award.

Facing off on NBA 2K20 Sundays, Thibaut Courtois asked Collins for his thoughts on his team-mate Young. 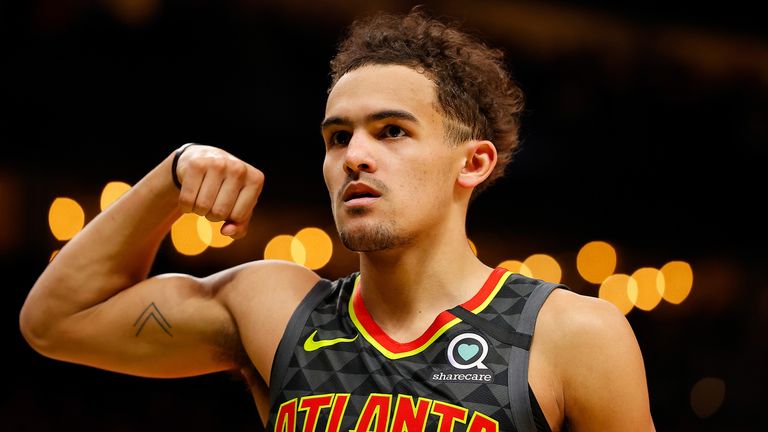 "He came into the league and he had a hot start," said Collins. "We all knew skill-wise and talent-wise, he was right there. For him now, it is about getting experience and becoming a better player. He has got it all. He is so young and so crafty."

"I've seen the good relationship he has with Luka Doncic," Courtois said. "They don't have a big rivalry but when one has a great game the other wants to go out and have a great game too. It is great to see two young guys going well in the league." Collins agreed with Courtois' observation. "They are definitely competing with each other at a really high level," he said. "I feel like they look at each other and just try to go after one another. Whenever one does something, the other responds. It is definitely going to be fun to watch in the future."

Courtois also asked Collins about sharing a locker room with Vince Carter who, at 42 years of age, is playing in his final NBA season. "He has so much experience," Collins said of Carter. "I always say he is like an open book. You can go to Vince and talk to him about anything. We both have elite athleticism and a lot of bounce so it is cool to talk to him about dunks and catching lobs and asking him cool stuff about what he did in his playing days. That's my guy right there.

"Hopefully, when the season resumes, he can come back and finish things off the right way."