By Stuart Hodge - <a href="https://twitter.com/HodgeytheHack">@hodgeythehack</a> 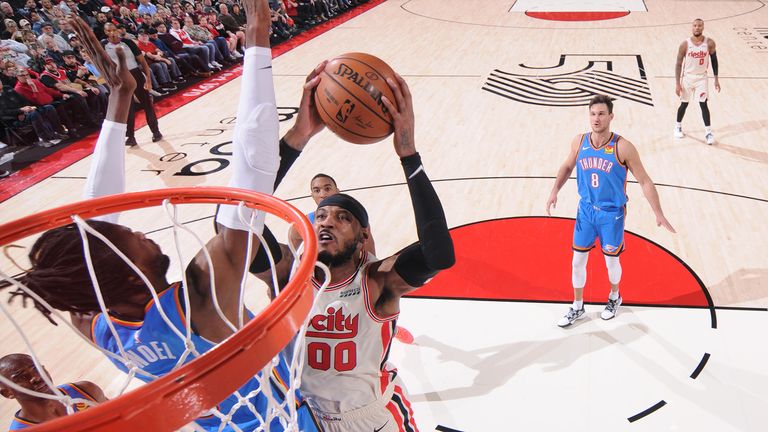 Carmelo Anthony may finally have found a happy home in the NBA again after he rolled back the years in his first Rip City outing for the Portland Trail Blazers.

With the crowd chanting his name, Anthony finished with 19 points on 9-of-11 shooting in his Moda Center home debut on Wednesday night as the Blazers beat the Oklahoma City Thunder 136-119.

Anthony's dunk early in the fourth quarter gave Portland a 111-79 lead and put the crowd on its feet. When he was subbed out for the last time a couple of minutes later, fans chanted "Melo! Melo!"

The 35-year-old failed to properly settle in spells with OKC and then the Houston Rockets after leaving the New York Knicks in 2017 and there were fears his NBA career could be over after nobody picked him before the start of the season.

Speaking about the chants, Blazers' star man Damian Lillard said: "It's fun to see. We've got another mega star, a Hall of Famer... and the fans are excited about it, as they should be.

"I think it's a point in his career where he needs that type of support. He needs people behind him and to feel good about what he's doing. So it was great to witness. We all want to be a part of his comeback. We want to see it work out. We want to see him get the respect that he's due.

"So to see how the crowd responded to him, it's really good to see and be a part of. And it's also … a spark and some energy that our team needed. It's fun to see."

The reception isn't the only thing making Anthony feel at home. He seems to be more comfortable with his new team, too.

Anthony said: "I think guys are just starting to feel a little bit more relaxed and at ease. 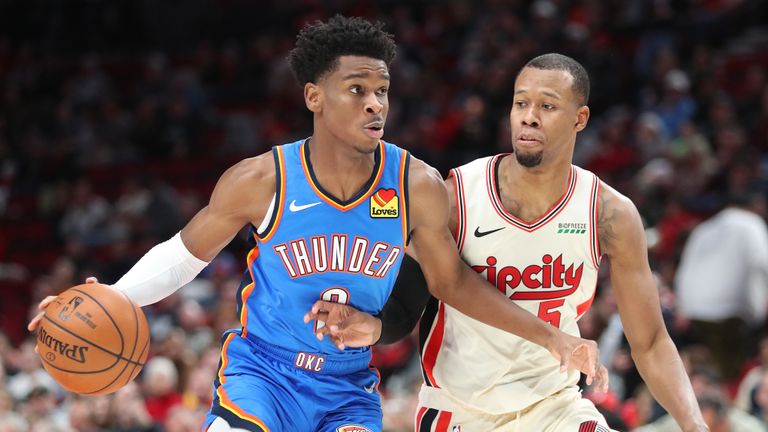 The Blazers signed Anthony with hopes he could help the team overcome a slow start after going to the Western Conference finals last season. The deal became official on November 19, in the middle of Portland's six-game road trip.

The 10-time All-Star played in four games before the team returned to Portland, averaging 16 points and nearly 30 minutes per game. He led the Blazers with 25 points in a 117-94 victory at Chicago on Monday night that snapped a four-game losing streak.

Watch Mavericks @ Lakers on Sunday free at 9pm on skysports.com, via the Sky Sports app or on YouTube

Before signing with the Blazers, Anthony hadn't played since a 10-game stint with the Rockets ended a little more than a year ago.

"Honestly, I didn't know what to expect," Anthony said. "I wanted to come in, just play basketball and find my joy again, and the excitement of playing basketball, what it should be. I've found that early on so far. I've found that happiness, that joy, in the way the guys were able to open this up to me with open arms and bring me in here as one of their own."

Chris Paul finished with 16 points for the Thunder and was a team-mate of Anthony's during his ill-fated stint with Houston last season.

"Melo's tough. Especially on that mid post where he's built a career," Paul said. "He's one of the best to ever play right there so I love defending him. That's my brother right there. We went to dinner last night. I always want to see him do well, except against us."